Inter Milan won the second leg of the Round-of-16 matches against Liverpool 1-0 at Anfield in the UEFA Champions League 2021/22 season. However, the Italian club failed to qualify for the next stage of the competition as the aggregate score was 2-1 in favour of Liverpool. This was Liverpool’s first defeat of the season at Anfield.

We’ve broken down all the key stats for you to digest, including;

We also try to answer some questions for you with the visuals;

What were Liverpool’s xT creation zones for Liverpool? How many shots were attempted by Inter Milan?

To navigate the stats gallery simply click on the numbers to move through the pages.

At the end of the gallery, you’ll be able to download the full PDF stats report. 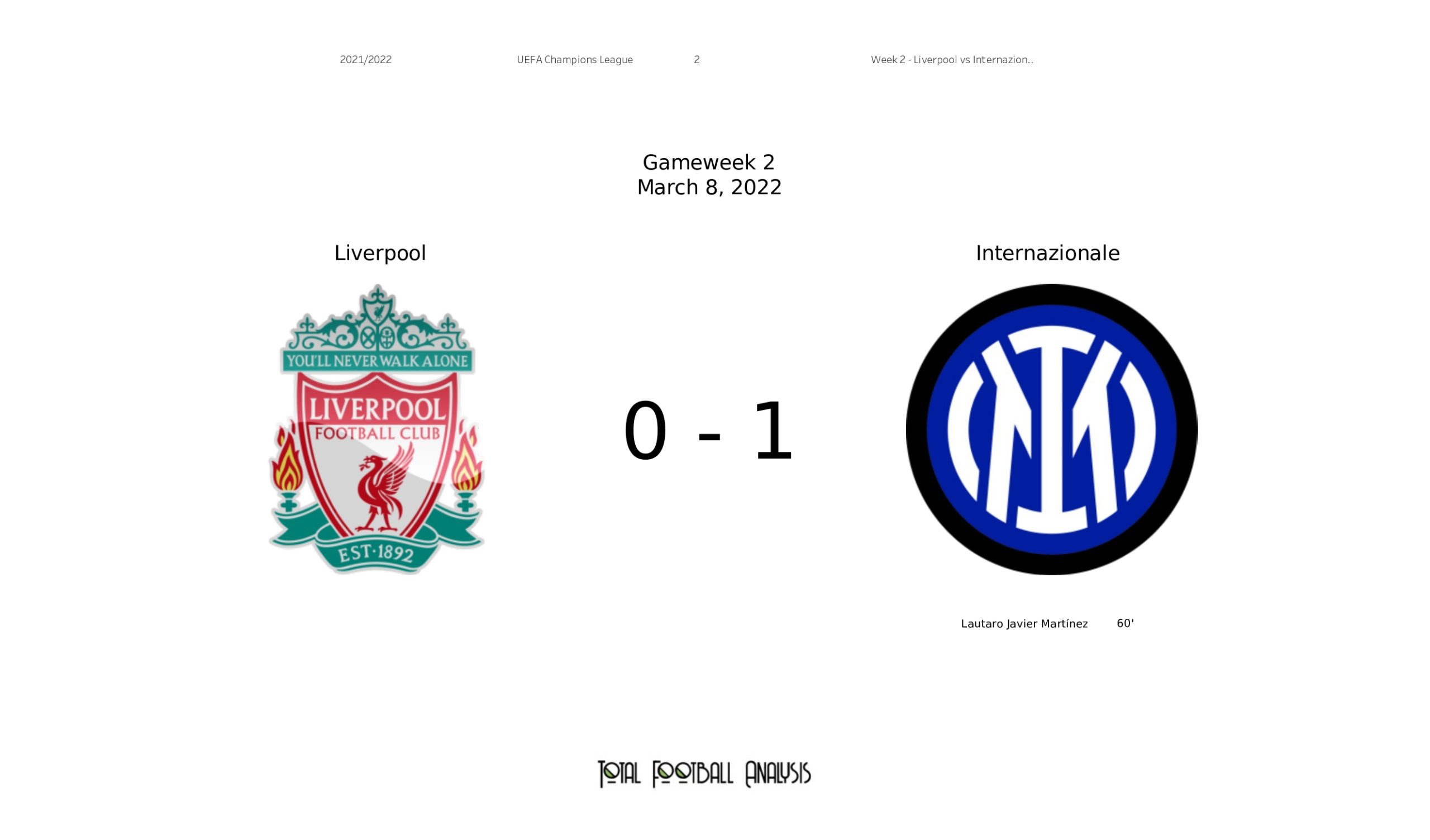