Liverpool scored two late goals and earned a 2-0 victory over Inter Milan in the first leg of the Round of 16 in the UEFA Champions League 2021/22 season. The Reds now have an advantage over their Italian opponents and look like the favorites to qualify for the next round of the competition.

We’ve broken down all the key stats for you to digest, including;

* average positions and much more!

We also try to answer some questions for you with the visuals;

What were the xT creation zones for Inter Milan? Who attempted the most shots for Liverpool?

To navigate the stats gallery, simply click on the numbers to move through the pages.

At the end of the gallery, you’ll be able to download the full PDF stats report. 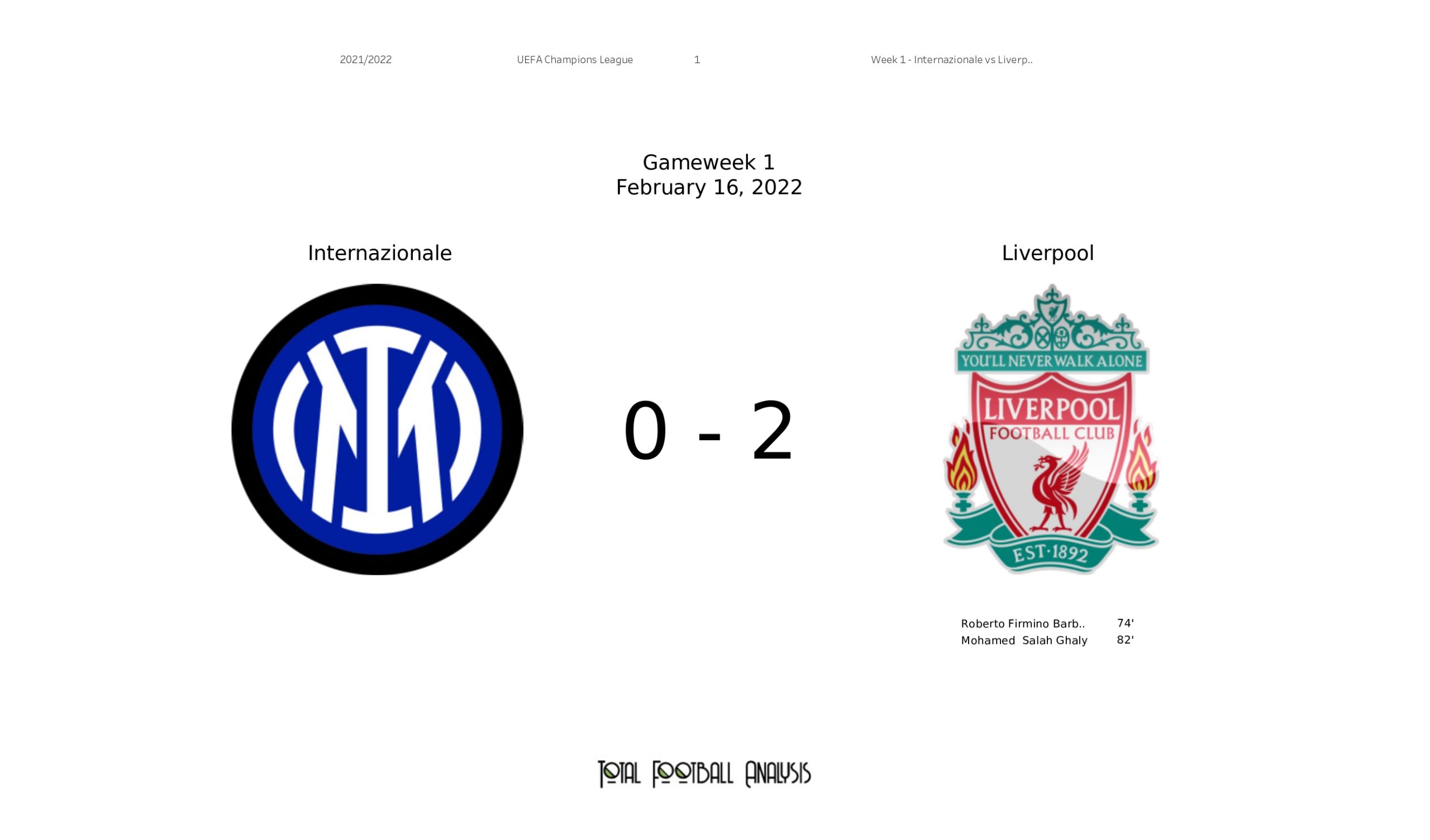