Sergio Reguilón is unsettled at Spurs after Antonio Conte decided to leave him out of the pre-season tour. They signed Ivan Perišić in the summer, and Reguilón has been demoted to the team’s second-string left-back. Inter Milan were the team that sold the Croatian player to Spurs, and it looks like the transfer could end up in a swap deal. Inter Milan want Reguilón to boost their wing-back options. The 25-year-old started his career at Real Madrid and has also played for Sevilla on a loan spell. He won the UEFA Europa League with Sevilla in the 2019/20 season, and this is the biggest honour in his career to date. The player is likely to play for a new club in the summer and some of the stats show how he could be handy for Inter Milan as they look to regain the Serie A title and perform well in the UEFA Champions League.

The 25-year-old Spanish full-back was signed by Tottenham Hotspur in 2020. Since then, he has made 52 appearances in the English Premier League. He is an attacking full-back who likes to run on the flanks and can create chances for his teammates. Reguilón provided six assists and scored two goals in these two seasons. Perišić played a very high attacking line for Inter Milan last season. He created a lot of chances for his teammates. Some of the stats below show how Reguilón could help the Italian giants win silverware. 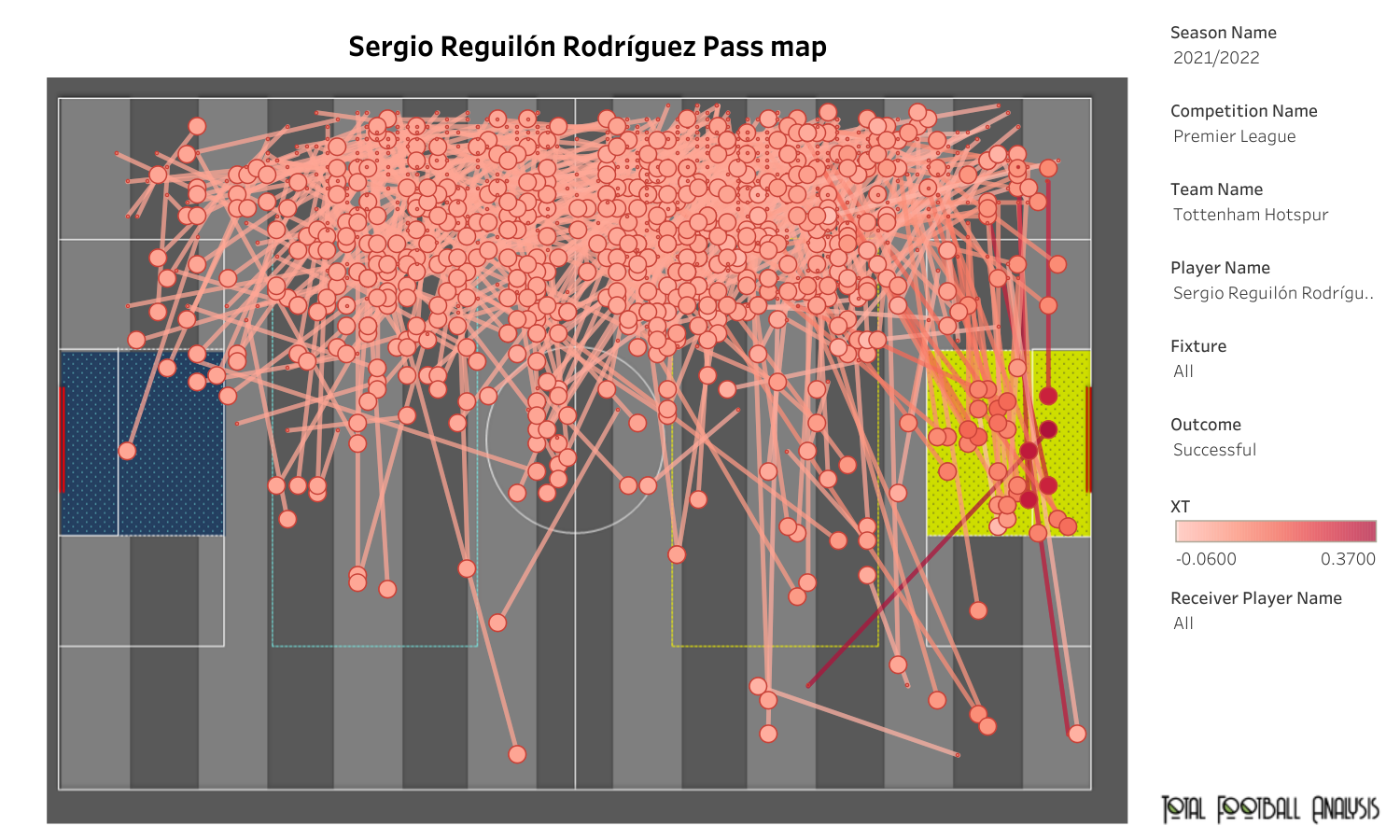 Last season, the Spanish full-back made 25 appearances in the league for Spurs. The above viz shows all the passes that Reguilón successfully delivered in the season. He averaged 35.1 passes per 90 minutes and had a 76.7% success rate. Reguilón attempted quite a few passes into the opposition’s penalty box. He often found his teammates in front of the opposition goal. Reguilón would be a handy player as Inter Milan play with two strikers, and his passes could lead to goals. 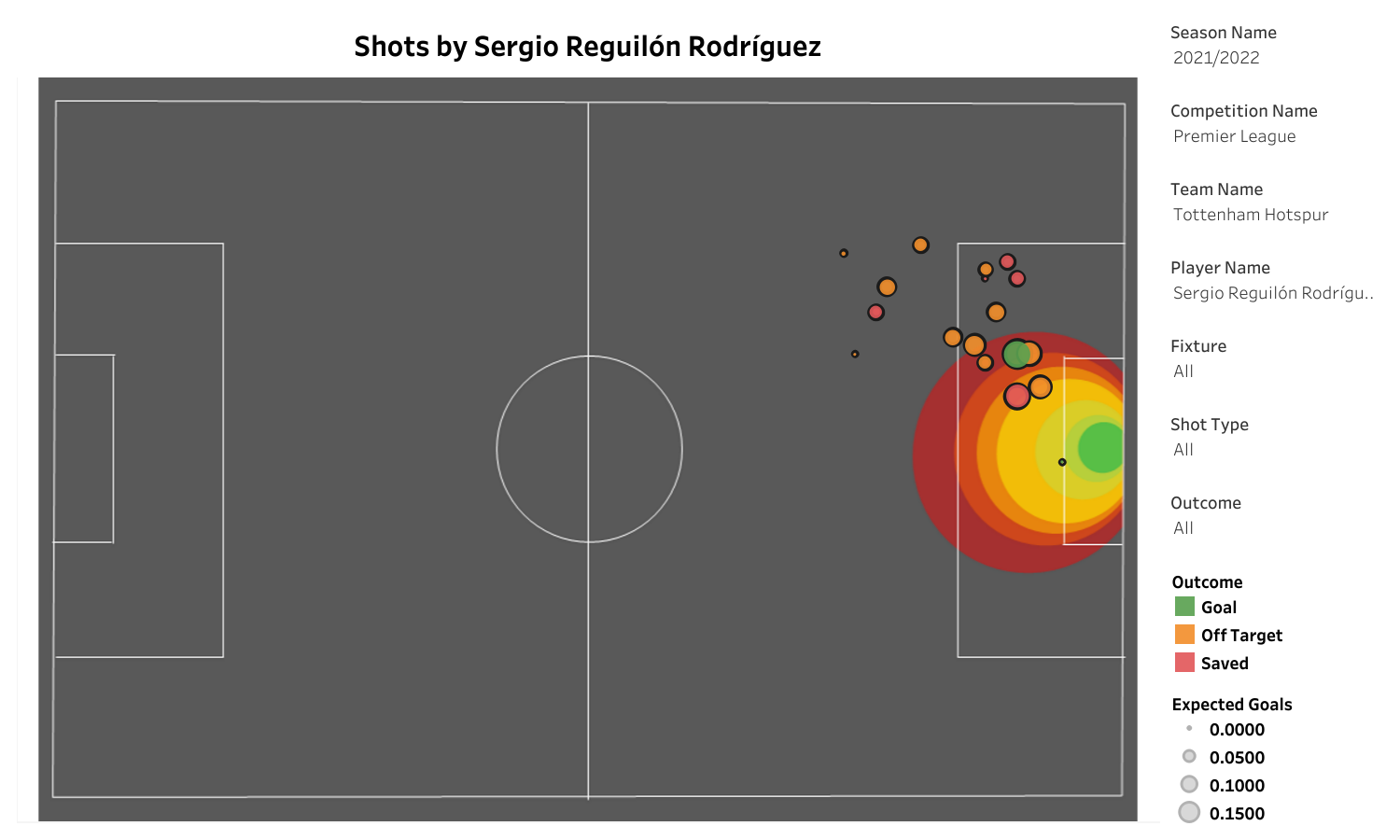 Reguilón can also score goals by making some dangerous runs into the opposition’s penalty area and shooting at any given opportunity. The full-back averaged 0.83 shots per 90 minutes and had a 42.11% shot accuracy rate. He was involved in 7.9 attacking actions and had a 43% success rate. This shows that the 25-year-old has an attacking instinct and can create chances for himself. 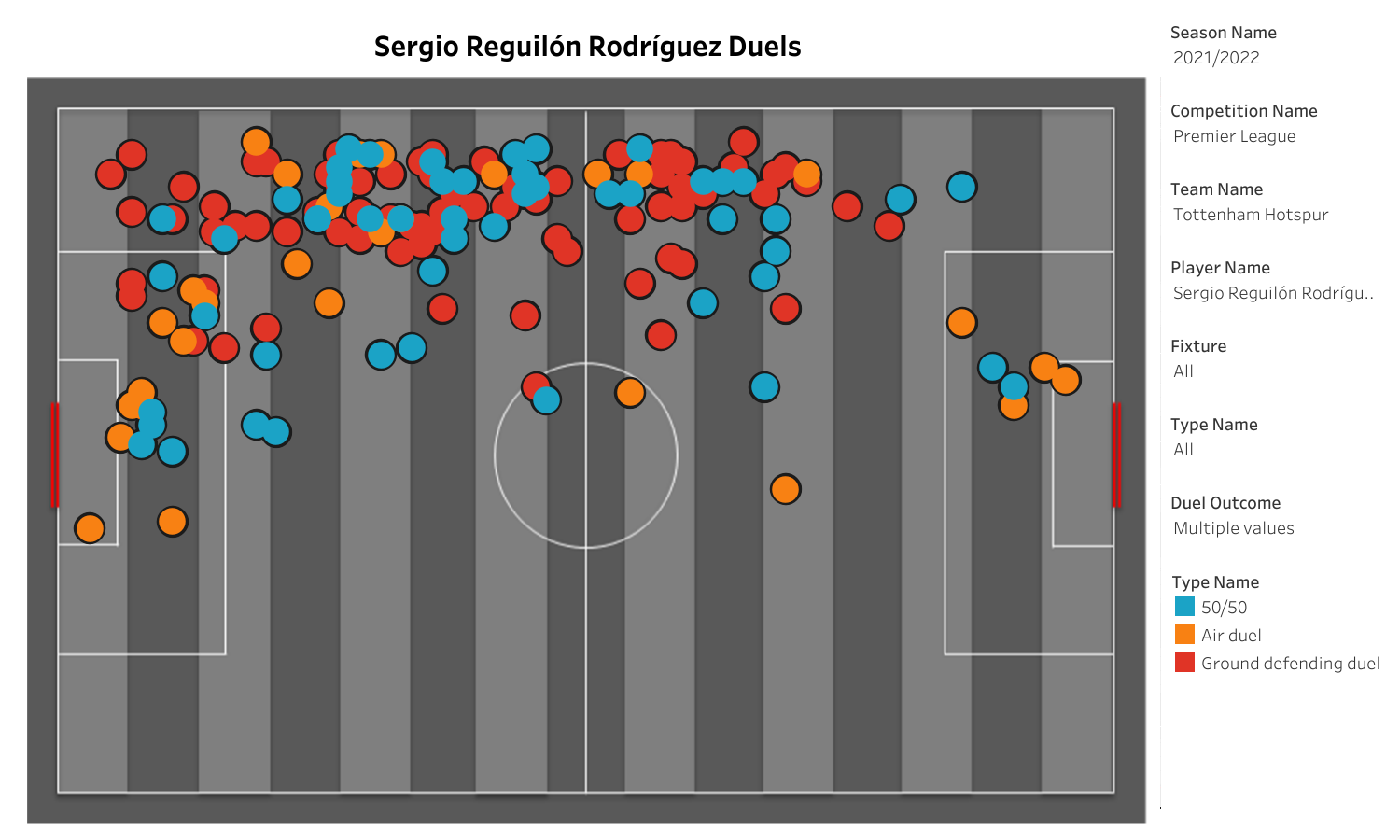 One of the areas where Reguilón offers more than Perišić is in the defence. Perišić has played as a winger or a wide midfielder throughout his career whereas Reguilón is a natural left-back and has those defensive qualities that make him an asset for any team. He averaged 10.9 defensive actions per 90 minutes and had a 74.7% success rate. The above viz shows all the duels that Reguilón won. We can see that Reguilón can win duels inside his team’s half as well as inside the opposition’s half.

Reguilón is expected to leave North London this season. Some of the top European clubs are after the young full-back and could seal a move in the next few days. Inter Milan have Federico Dimarco and Robin Gosens in the left-back position. Sergio Reguilón could offer extra manpower in that area.

Under the microscope: Alessandro Bastoni tipped to be the future leader at Inter Milan