Inter Milan are looking for a reunion with Chelsea striker, Romelu Lukaku, after selling him in the previous transfer window. The Belgian international joined the Italian club from Manchester United in 2019. He helped Inter to claim the Serie A title from Juventus. His former club, Chelsea, won the UEFA Champions League in 2020/21 and were aiming for more silverware in the 2021/22 season. They signed Lukaku for his second spell at the London-based club, but the move didn’t work as they expected. Lukaku failed to make an impact on his return, and he is also looking at a move away from the bridge. Inter Milan failed to find his replacement and are looking to sign him back to strengthen their chances of another Serie A title and challenge for the UEFA Champions League. 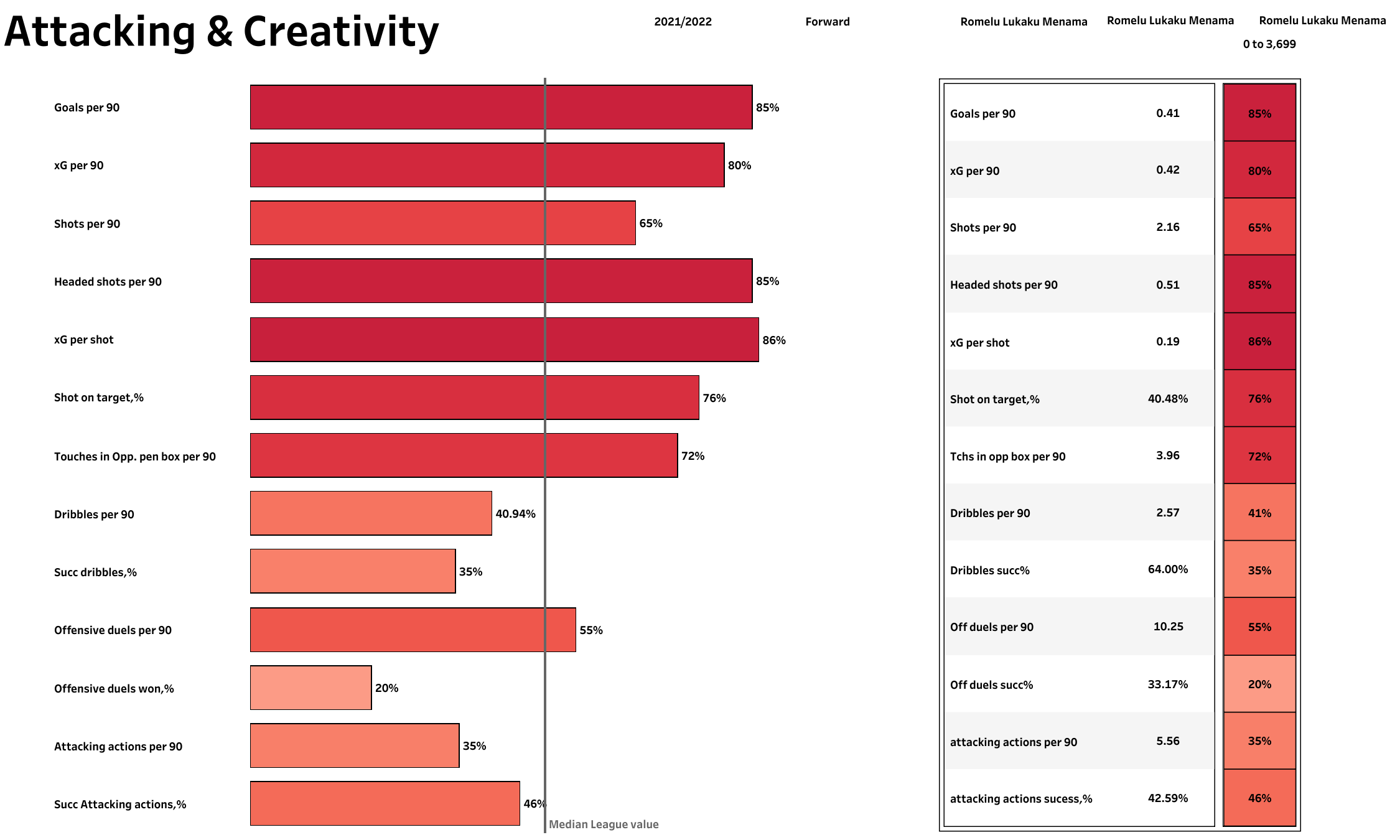 Lukaku has made 26 English Premier League and six UEFA Champions League appearances for Chelsea this season. He failed to cement a regular place in Thomas Tuchel’s starting XI and spent some time warming the bench. When looking at the above chart, the general rule is that the longer the bar, the better the performance — you can see the league average in the middle, and the % is the percentile rank the player is in. The above chart compares the attacking and creativity stats with other strikers in the league. Romelu Lukaku netted eight league goals and averaged 0.41 goals per 90 minutes. The striker is dominant in the air, and he uses his body well to win aerial duels. He averages 0.51 headed shots per 90 minutes. However, Lukaku struggled to win most of his offensive duels and was involved in very few attacking actions. This is the reason he has a low percentile rank. 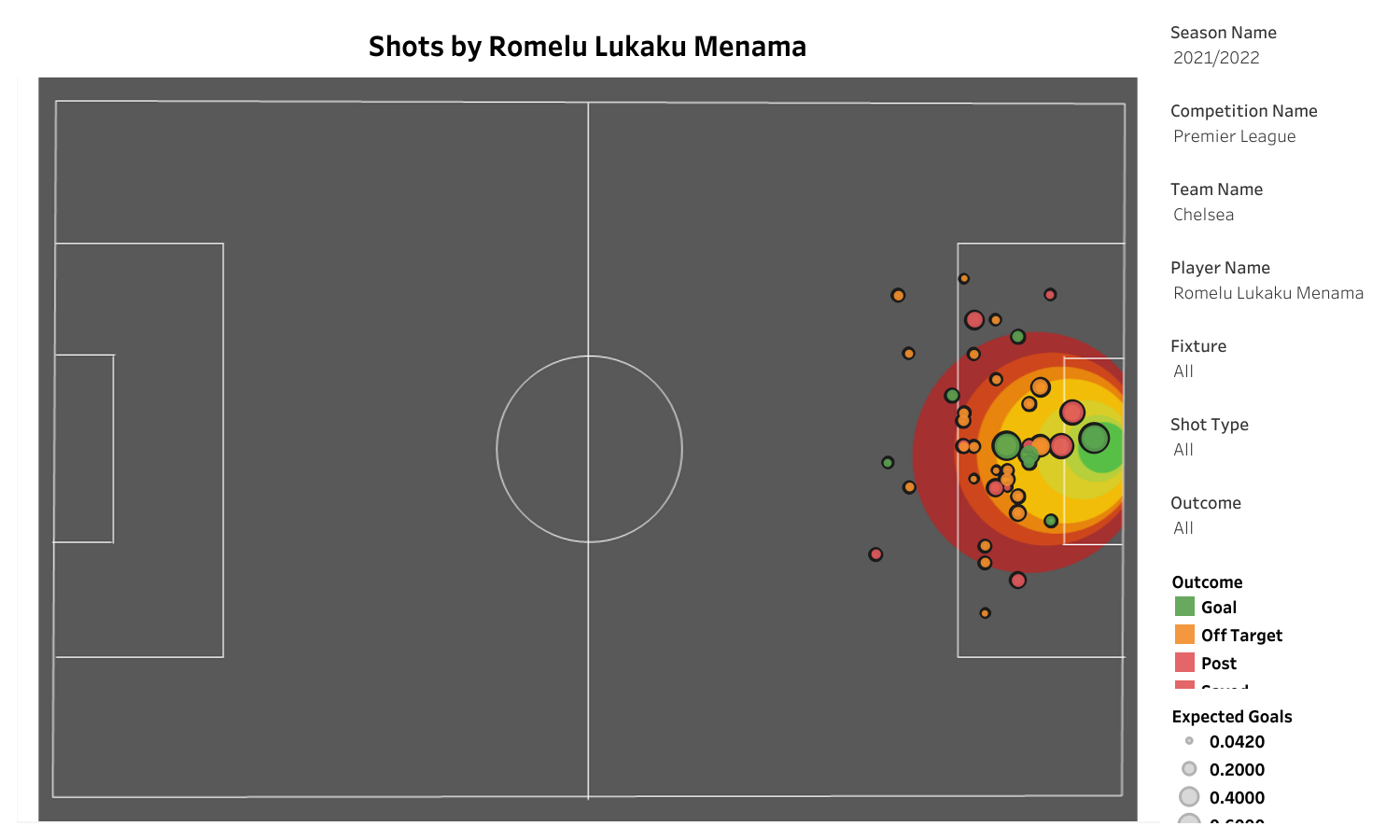 The 29-year-old Belgian international attempted 42 shots throughout the Premier League season. He managed to hit the target 17 times and score on eight occasions. The striker attempted 37 shots from inside the opposition’s penalty box and scored six goals. Lukaku had a high xG rate of 0.42 per 90 minutes. The Belgian started the season with 14 shot attempts in the first four matches. He attempted 13 shots in the last three matches. The 25 shots left were attempted in the other 19 matches. 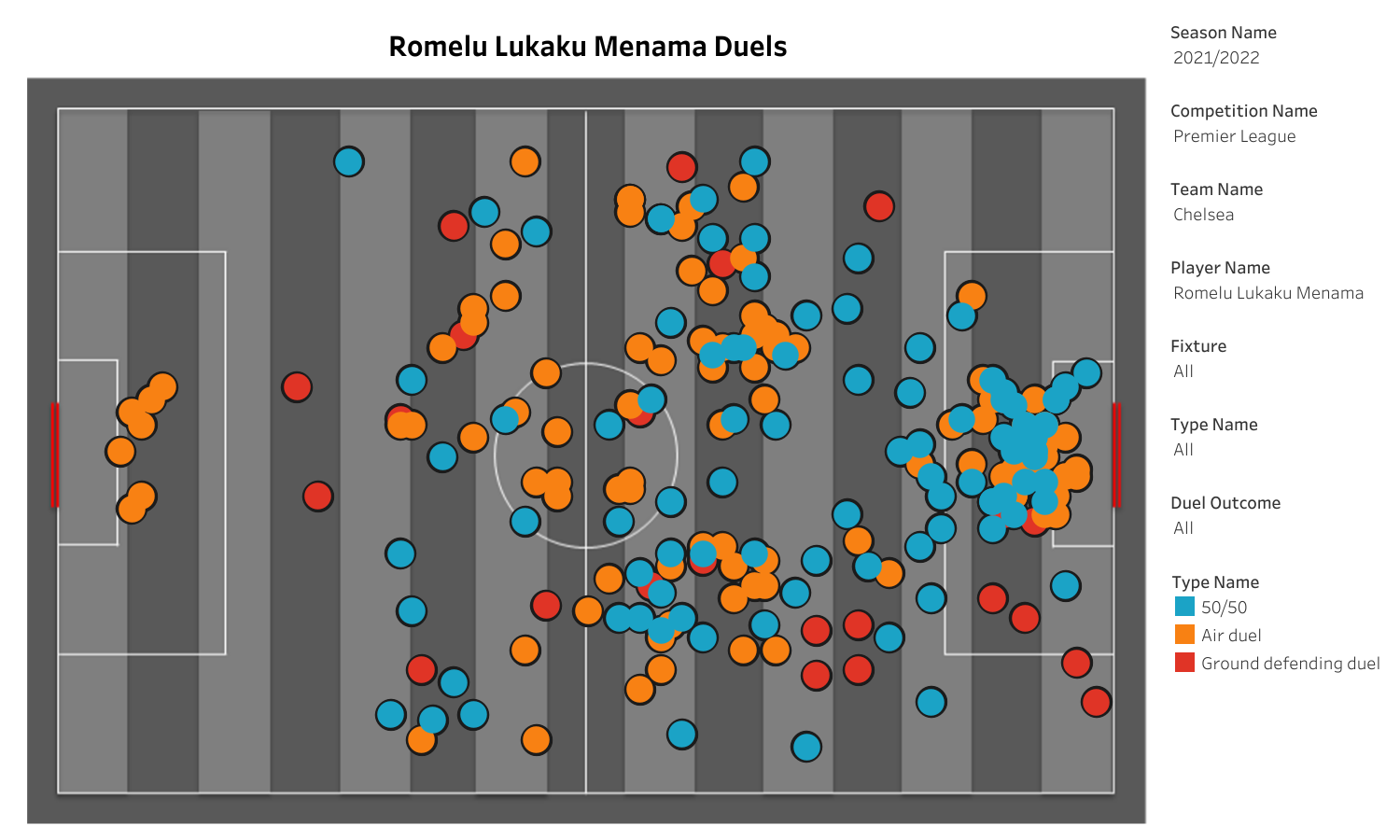 The 29-year-old failed to provide an assist throughout the season. He struggled to link play with his teammates. Last season in Serie A, Romelu Lukaku made 36 appearances and scored 24 goals. He even provided 11 assists for his side. The striker failed to cope with the pace of the English Premier League and that led to his struggle. However, he has a lot of potential and could do wonders once again at Inter Milan. The Italian side is desperate to sign him, and he could likely make a move away from London.