Inter Milan’s search for defenders continues as Dan-Axel Zagadou emerges as their latest target. The 23-year-old was released by Borussia Dortmund following the end of his contract with the German club. He is a former PSG U-19 player who joined Dortmund in 2017. The defender has won the DFB-Pokal with Borussia Dortmund and is in search of a new club. Inter Milan are at risk of losing their main defender, Milan Škriniar, to PSG. Stefan de Vrij is also likely on his way away from the club. This will limit their options at the back, and the Italian team is looking to add a few players before the commencement of the season. Zagadou was never a first-choice centre-back at Borrusia Dortmund and made limited appearances in every season. Now, the player is a free agent and will be looking to spend more minutes on the pitch.

Zagadou made 23 appearances for Borussia Dortmund in every competition. He made 15 Bundesliga appearances and two appearances in the UEFA Champions League. The 6’5″ defender is strong in the air and can play from the back like any other modern-day defender. 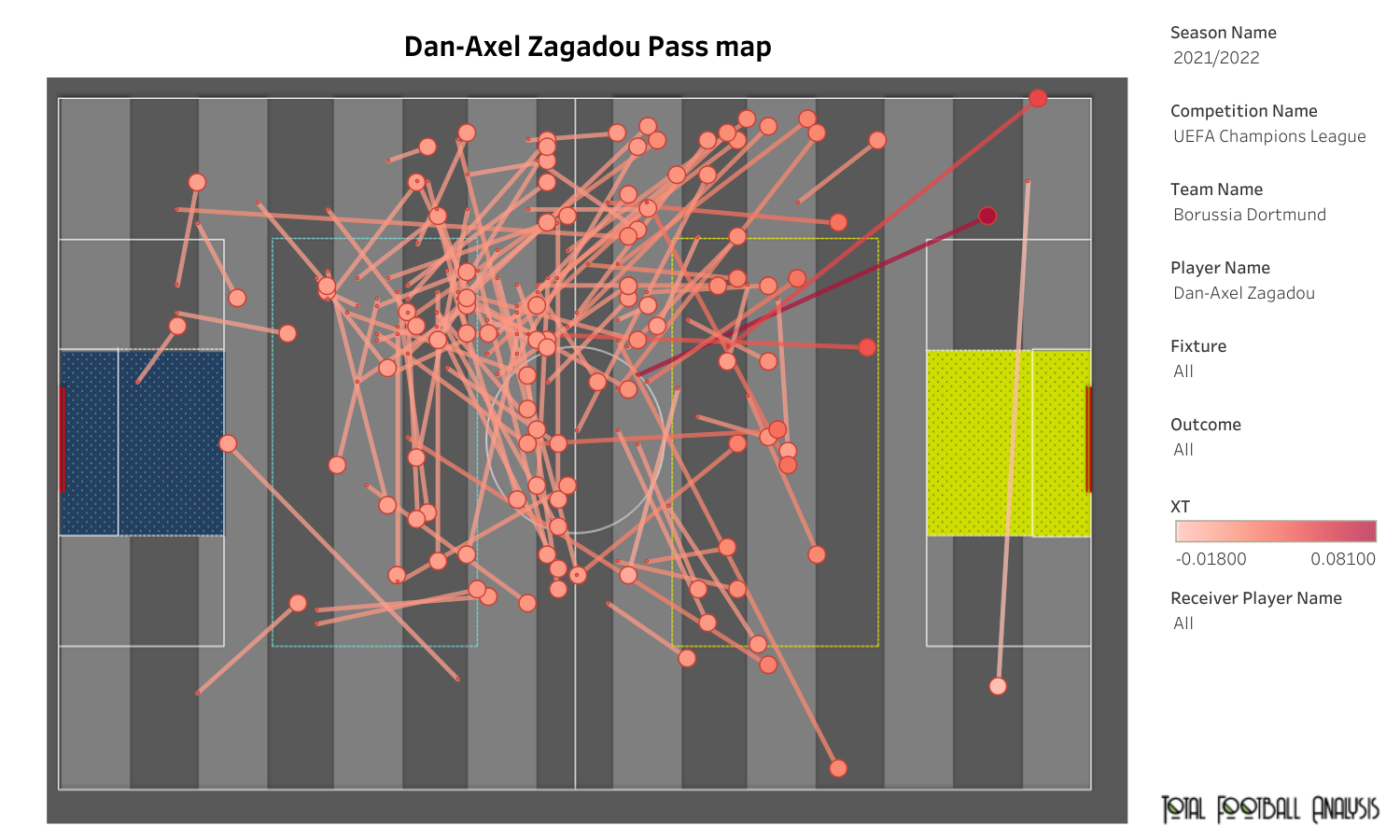 Last season, Zagadou spent 107 minutes on the field in the UEFA Champions League. He started in one match and came off the bench in the other. The 23-year-old featured in the left centre-back position. He attempted 109 passes, with an average of 91.7 passes per 90 minutes and an accuracy rate of 92.66%. Zagadou was positive with his passing and averaged 14.3 passes into the attacking third with an accuracy rate of 76.47%. He might be highly rated for attempting passes, but he played only two matches. However, this shows a glimpse of how the defender likes to play and his ability to pass the ball. 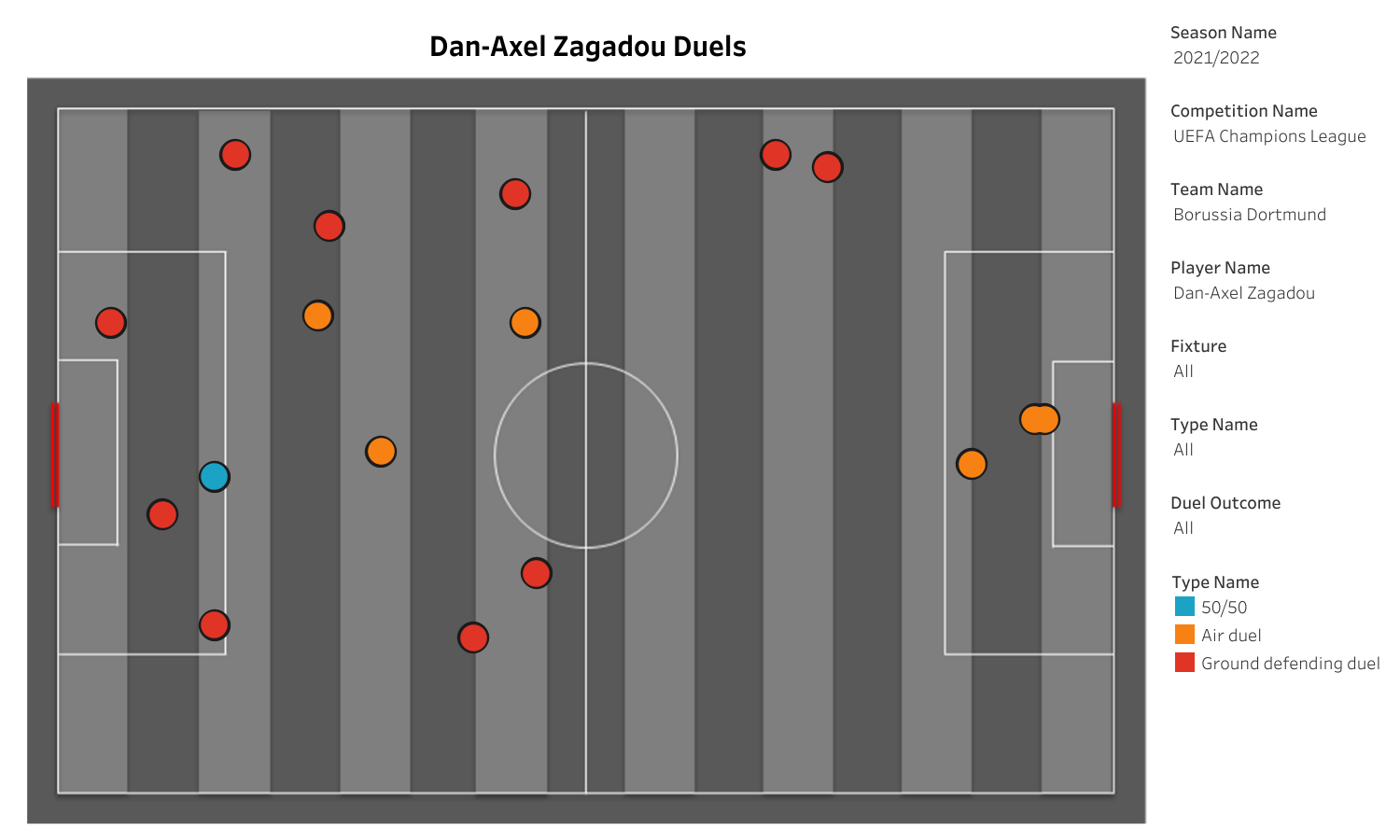 The defensive stats of the player show that he can win aerial duels along with most of the other duels. Zagadou is still young and in the learning process. Inter Milan would have to groom the player for some time and fit him into the starting XI. He could play a crucial role in the next season and might become a regular in the future.