Inter Milan completed the permanent signing of former Lazio and Sevilla forward, Joaquin Correa. The Argentine joined the former Serie A champions on a season-long loan from Lazio and was impressive in his first spell at the club. He is now permanently signed and could become a crucial part of Inter Milan’s squad for next season. He was mostly used as a substitute and made a few starts last season. The 27-year-old made 36 appearances, and these included only 14 starts. He managed to score six goals and also provided two assists. 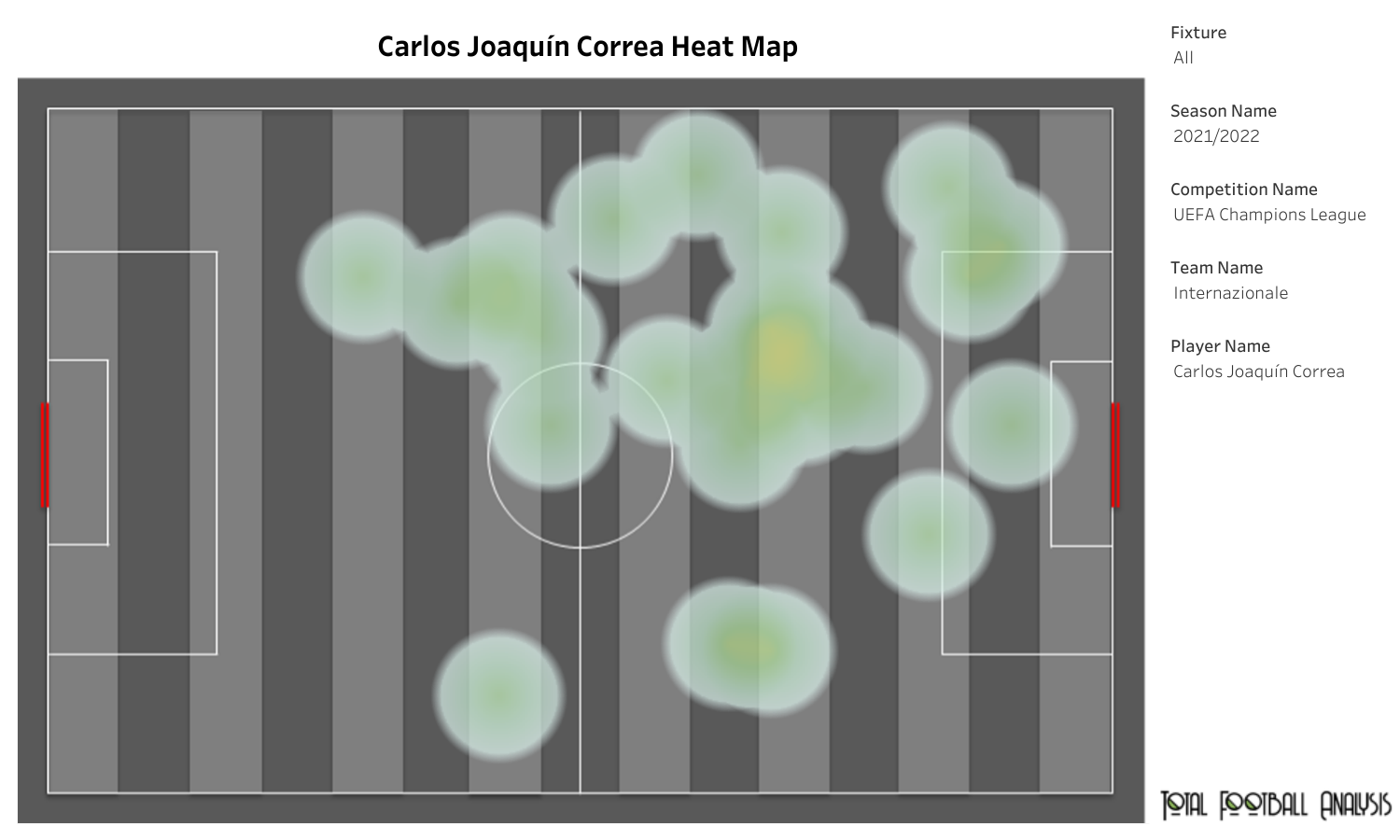 Correa made five appearances for Inter Milan in the UEFA Champions League last season. He spent 124 minutes on the pitch, and all his appearances came off the bench. The above viz shows the average position of the player. He likes to operate on the left side and cut inside to attempt a shot or create chances for his teammates. Correa managed to get three touches inside the opposition’s penalty box and took some dangerous positions inside the box. 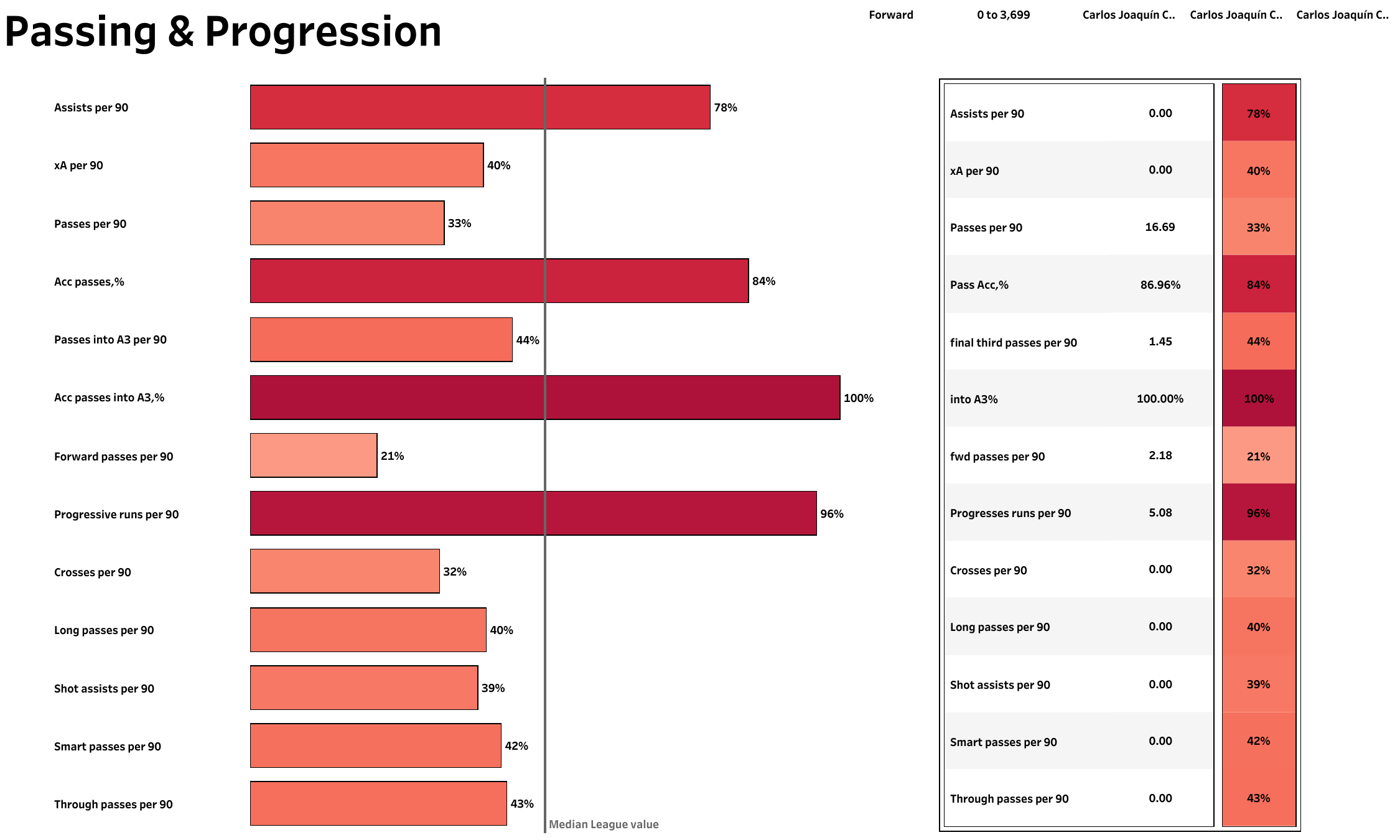 The above viz shows the passing and progression stats in comparison to other forward players in the UEFA Champions League. When looking at the above chart, the general rule is that the longer the bar, the better the performance — you can see the league average in the middle, and the % is the percentile rank the player is in. The Argentine averaged 16.69 passes per 90 minutes with an accuracy rate of 86.96%. He had a low percentile rank due to less game-time on the pitch and less involvement with the ball. However, the player was ranked highly for making progressive runs and for passing accuracy into the opposition’s final third. 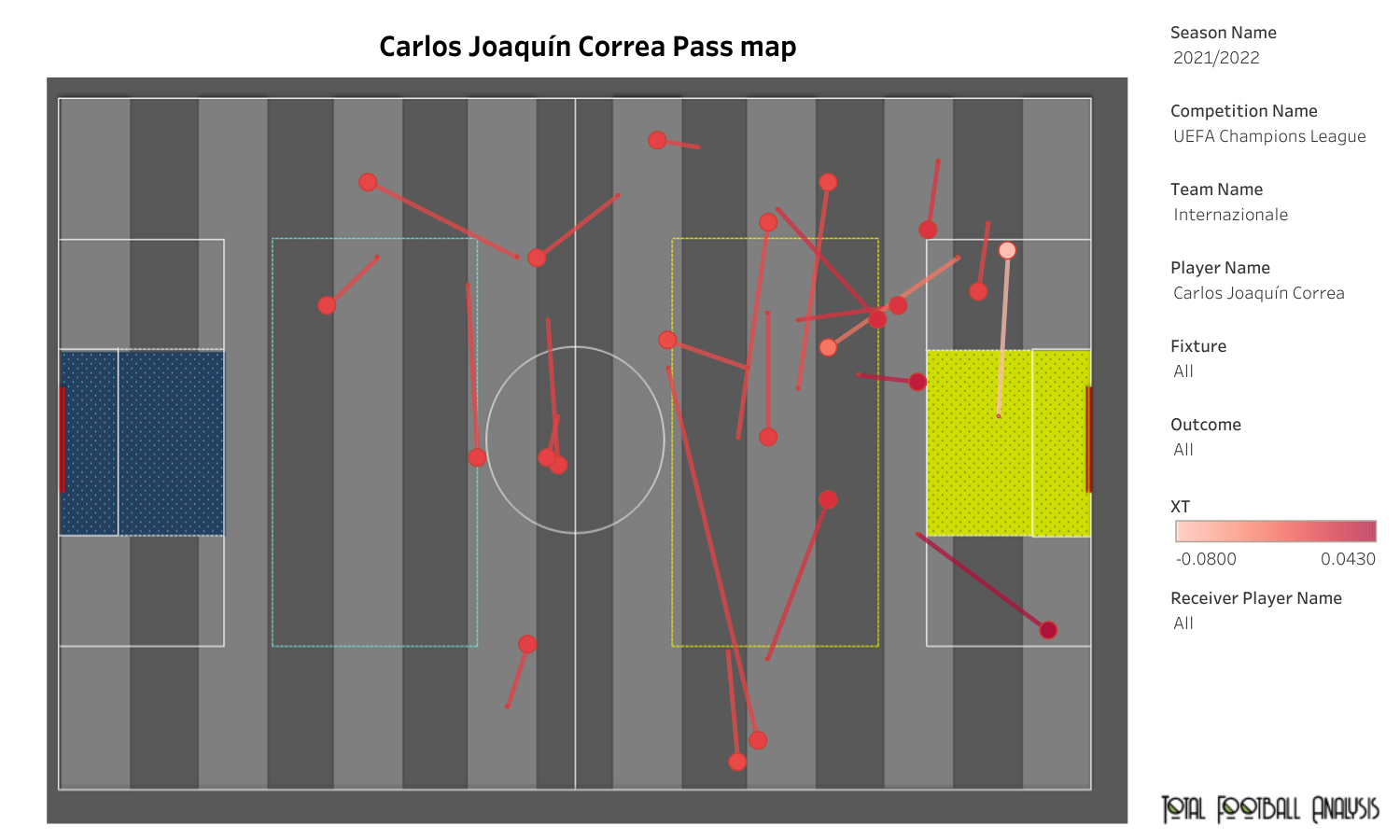 The above viz shows all the 23 passes attempted by the forward. It can be observed that Correa attempted most of his passes from the middle third. Of his 23 passes, four landed inside the opposition’s penalty box. However, he was unable to create enough threats. 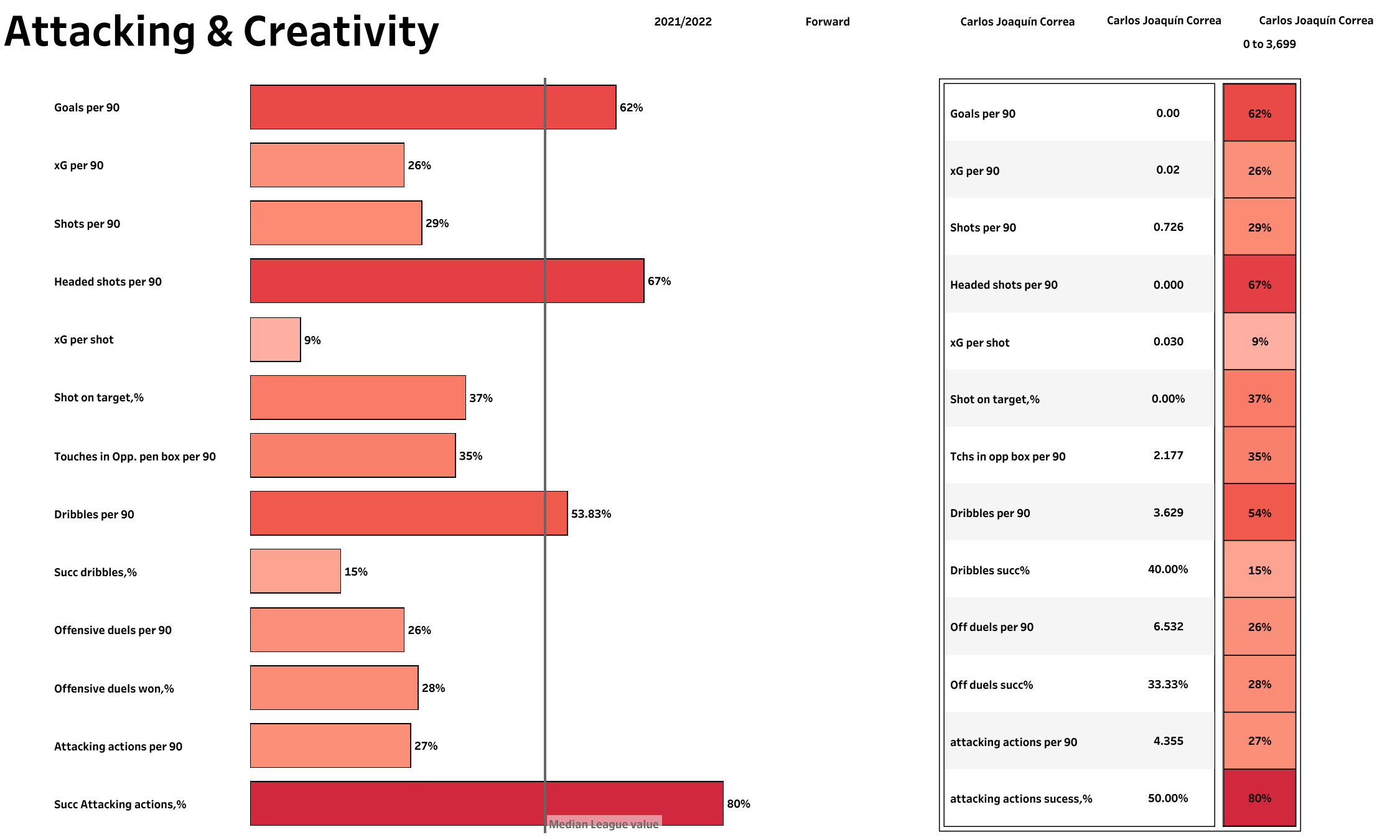 Correa was involved in 4.3 attacking actions per 90 minutes with a 50% success rate. The above viz shows that he had a low percentile rank when compared to the other forwards in the league, but that the player could create threats with the ball at his feet. He is a good dribbler with the ball and averaged 3.6 dribbles per 90 minutes with a 40% success rate. The player only attempted one shot but can score goals, as he showed by scoring six goals in Serie A.

The Argentine got limited game-time in the UEFA Champions League and failed to make an impact. However, he impressed the manager in the league and earned a permanent move. He could become a regular in Inter Milan’s starting XI if he continues to impress and scores more goals.