Inter Milan are prepared to start their 2022/23 season. The Serie A runners-up have made some important signings and have kept hold of their wanted players. Romelu Lukaku was signed on a loan deal from Chelsea, and he will once again become a vital part of their attack. The Nerazzurri aim to add silverware in the form of the UEFA Champions League or the league title this time. Inter Milan’s midfield is set to play a crucial role for them next season. The team plays in a 3-5-2 formation, and the play is dictated by the three players in the middle. Some of the stats from last season show how the midfield will be a key for Inter Milan and who will feature for them.

Inter Milan play with a three-man midfield, with Hakan Çalhanoğlu operating on the left, Marcelo Brozović in the centre, and Nicolò Barella on the right side. These three were the preferred midfield choices for Simone Inzaghi last season. Inter Milan have signed former Manchester United and Arsenal attacking midfielders, Henrik Mkhitaryan and Kristjan Asillani, from Empoli on a loan deal to boost the midfield. 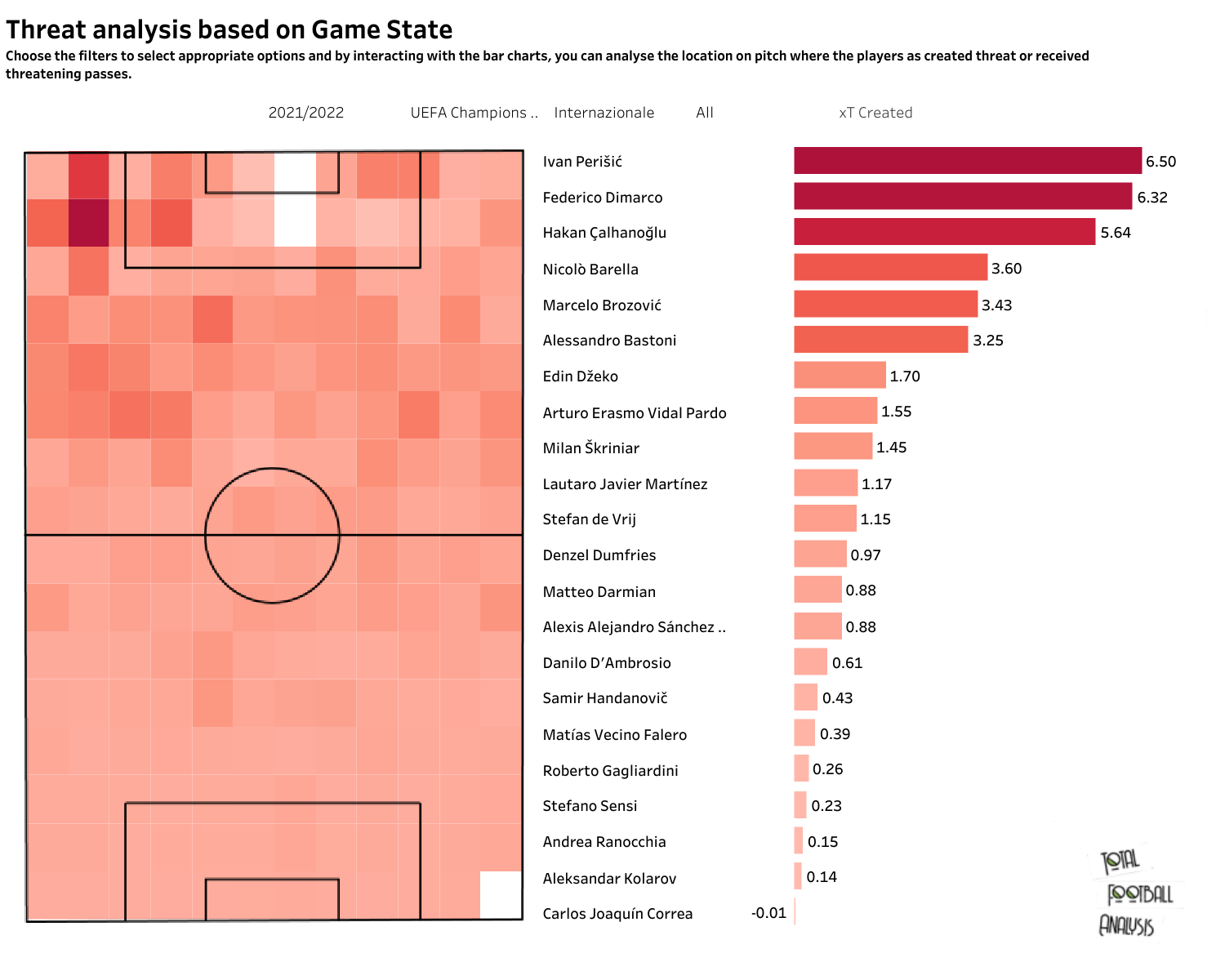 The above viz shows the threat created by players for Inter Milan in the UEFA Champions League 2021/22 campaign. Calhanoglu created the greatest threat amongst the midfielders. His other two companions were just behind him. This shows that these three could once again play a crucial role this season. 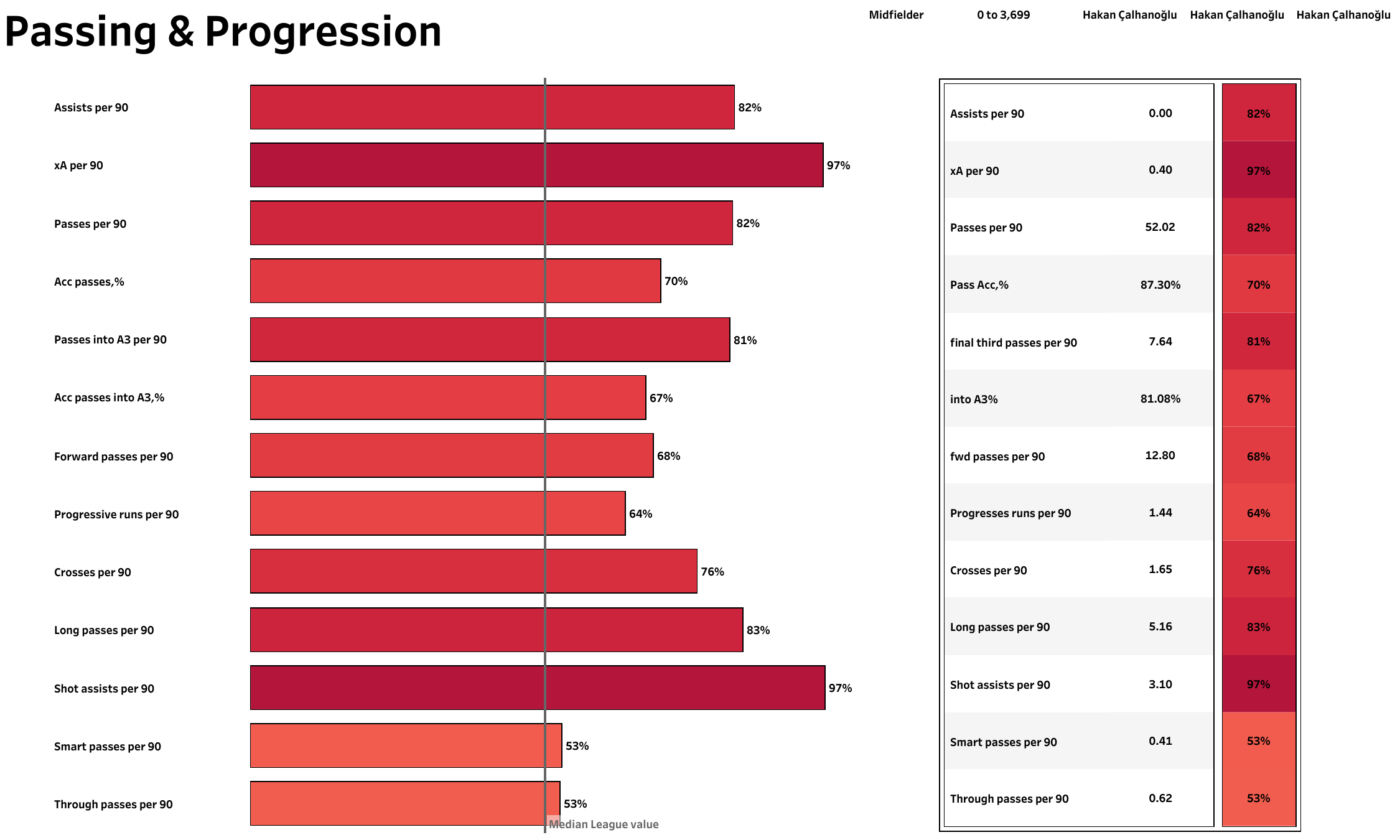 Calhanoglu scored eight goals and provided 12 assists in the whole campaign last season. He failed to make an impact in the UEFA Champions League, but his passing and creativity ranked him high amongst other midfielders. When looking at the above chart, the general rule is that the longer the bar, the better the performance — you can see the league average in the middle, and the % is the percentile rank the player is in. Calhanoglu is good with set-pieces and can score long-range goals. He is the main attacking threat in the midfield trio. Mkhitaryan will be his like-to-like replacement in the team. 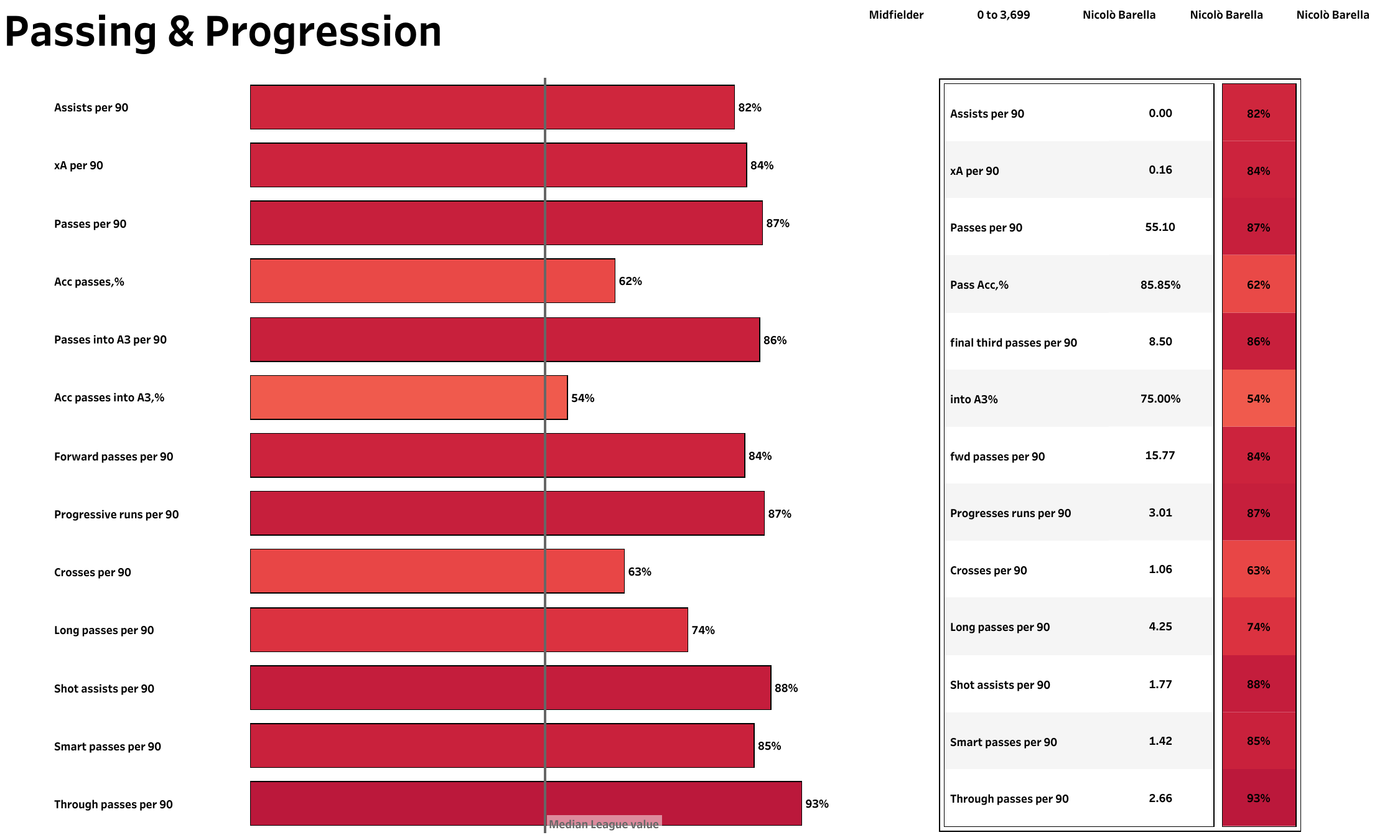 Barella is another midfielder who runs from box to box and likes to get involved in the attack. He can make runs inside the opposition’s penalty box and create chances for himself and his teammates. The player is wanted by other clubs, but he is likely to remain at Inter Milan. He can provide a variety of passes, as shown in the above chart. 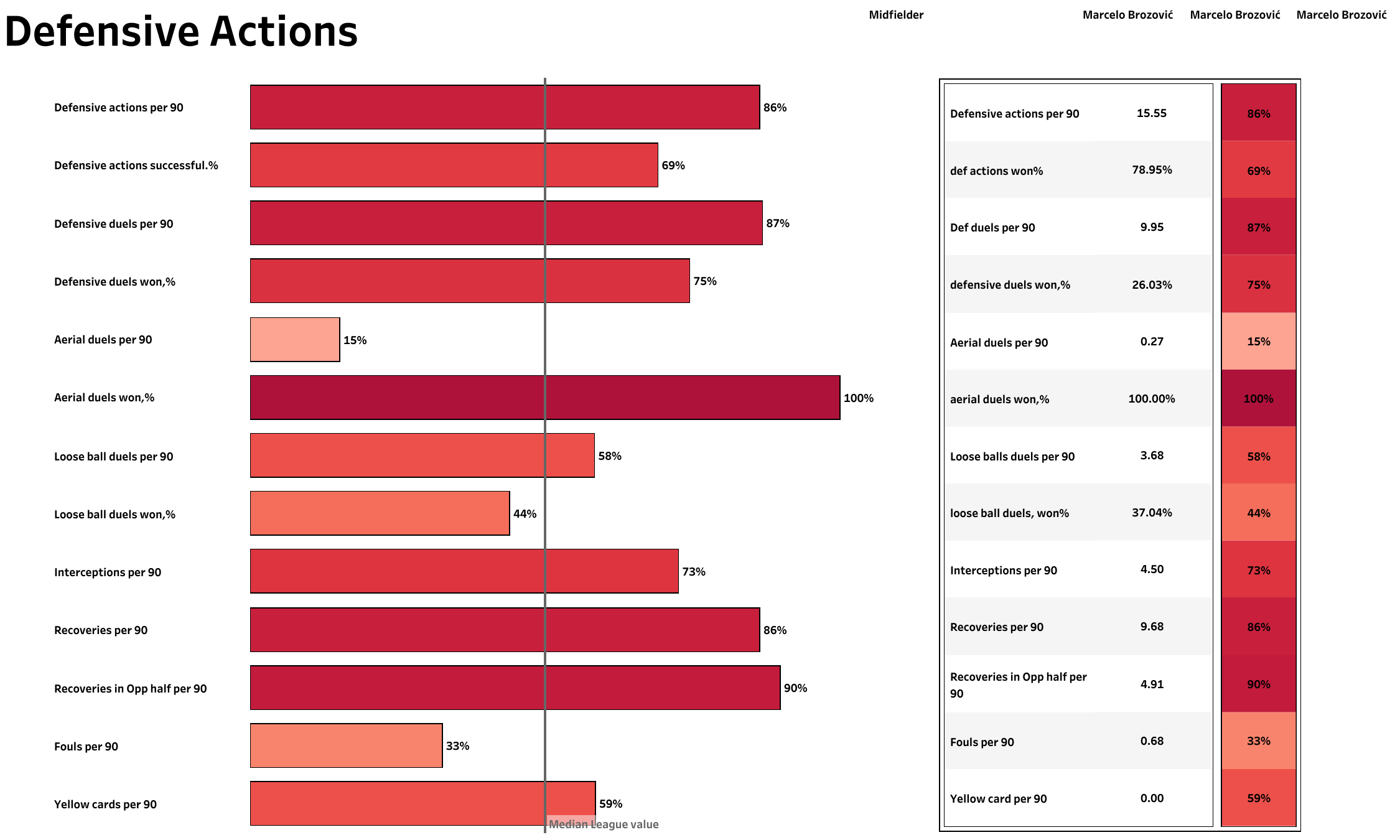 Brozović is the backbone of the midfield three. He plays a defensive role and dictates the play from a deeper position. The Croatian likes to keep hold of the ball and distribute it to the flanks or inside the attacking third. The above viz shows the defensive stats of the player, and this indicates that Brozović has a high success rate. He is also ranked highly for making recoveries.

Inter Milan’s midfielders will have to step up to their A-game and help their side achieve their goals this season. They will be the creative force alongside the wing-backs. These three players are likely to remain the first choices for Inzaghi.