Inter Milan have signed Romelu Lukaku on a loan deal to bolster their attack for the next season. Now, the Serie A runners-up are looking to strengthen their defence by bringing in some new names. One of the players emerging as a target for a few clubs is Arsenal defender, Gabriel Magalhães. The Brazilian had a decent second season with the Gunners, and his performances have attracted the interest of top European clubs. Gabriel was a regular under Mikel Arteta, and Arsenal finished just outside the UEFA Champions League places. Inter Milan are looking to offload Stefan de Vrij and replace him with a young defender. 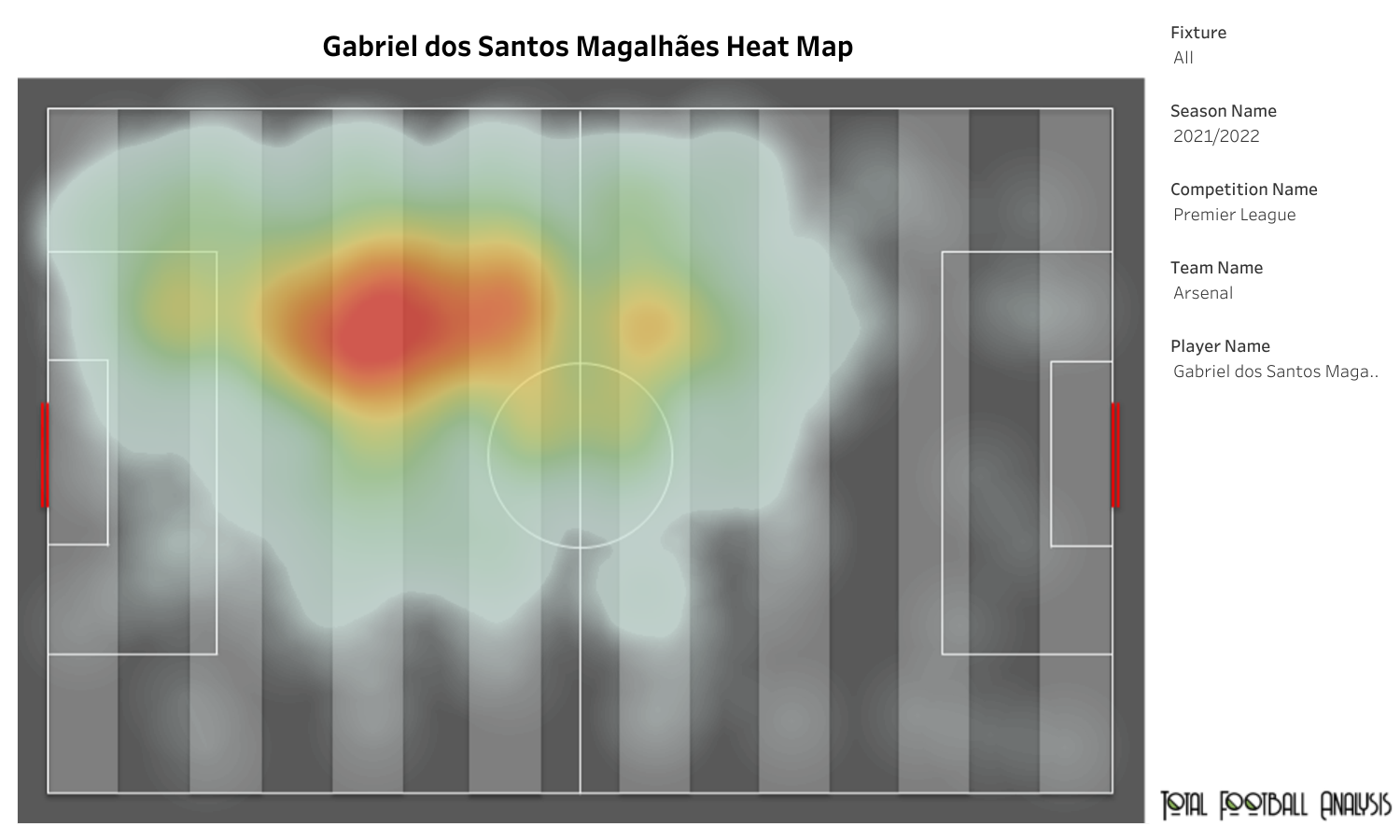 Gabriel was signed by Arsenal from French club Lille in the summer of 2020. Last season, the 24-year-old made 35 league appearances for the Gunners. Gabriel missed the first three matches of the season, and Arsenal suffered defeat in all of those matches. He came back and formed a partnership with Ben White. The Brazilian played in the left centre-back role. Gabriel was a threat while going forward on set-pieces, as he scored five goals, and two of them earned his team six points. He was the most consistent defender on the team. 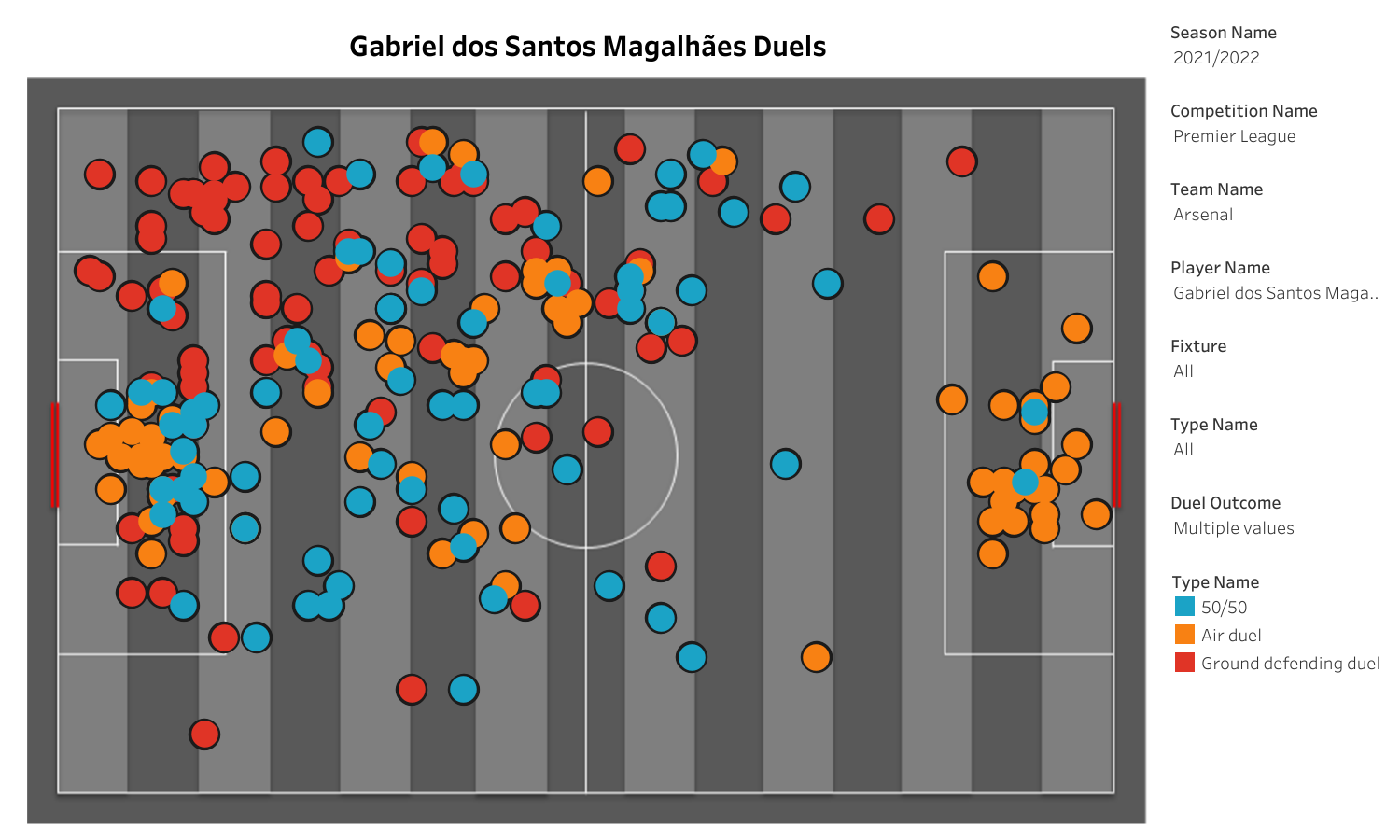 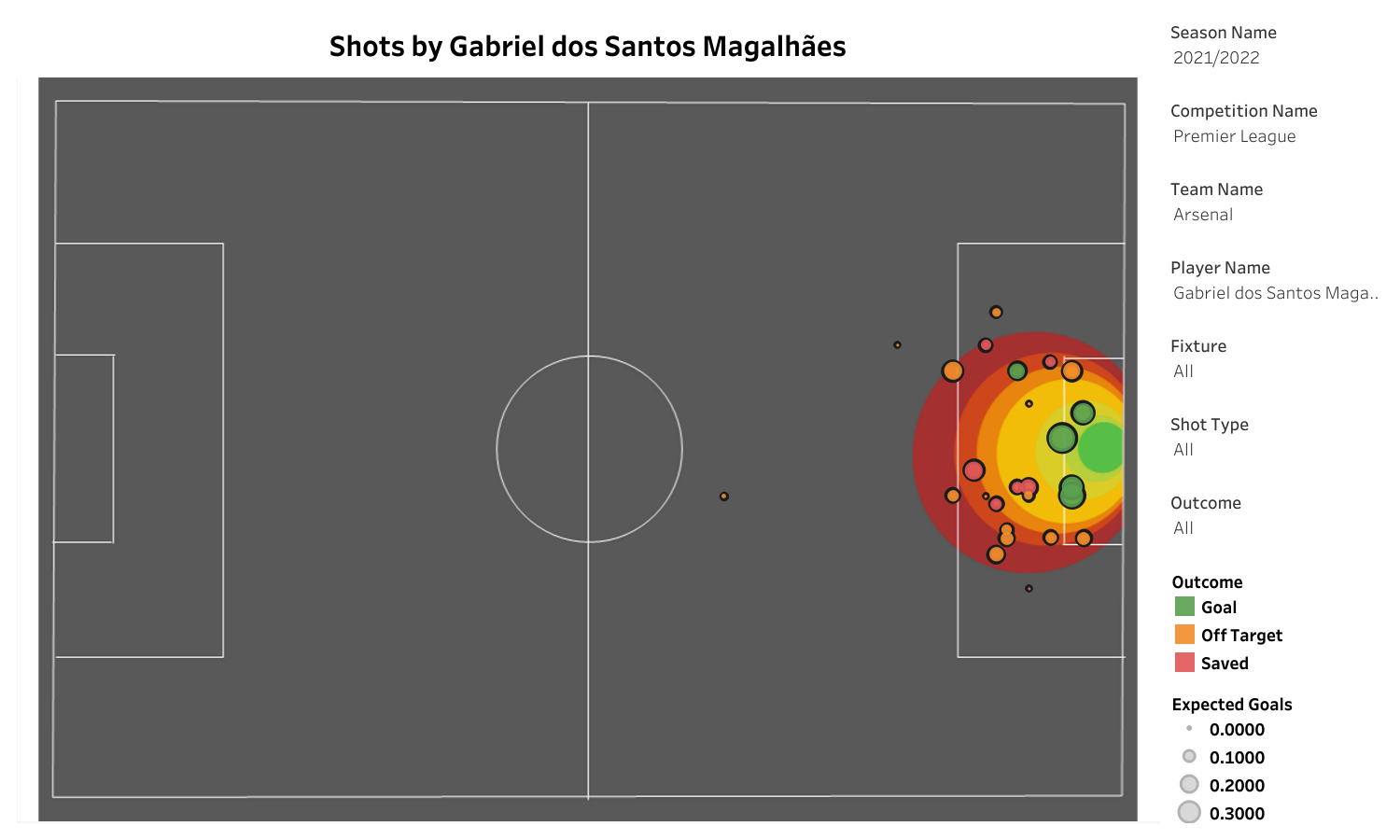 The centre-back was one of the highest goal-scoring defenders in the league. He attempted 26 shots last season and managed to hit the target 12 times. The above viz shows that the player scored four goals from inside the opposition’s 6-yard box, making him a threat towards the opposition goal. He is a threat during set-pieces and has a decent goal-scoring instinct. 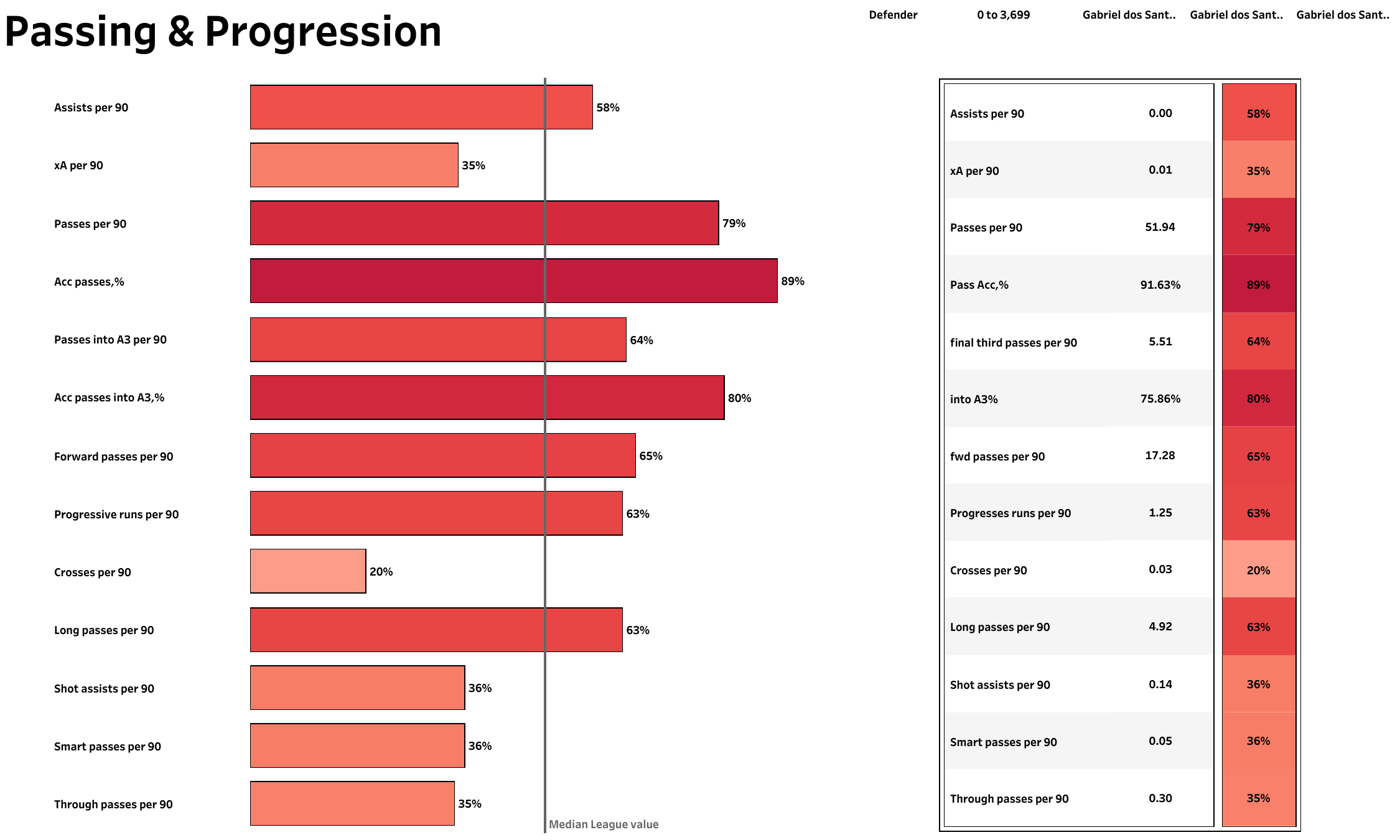 When looking at the above chart, the general rule is that the longer the bar, the better the performance — you can see the league average in the middle, and the % is the percentile rank the player is in. Gabriel averaged 51.94 passes per 90 minutes with an accuracy rate of 91.63%. The centre-back can build the play from the back as he has a high accuracy rate and is confident on the ball.

Gabriel Magalhães could be on the move away from Arsenal as he is getting offers from clubs playing in the UEFA Champions League next season. Stefan de Vrij plays as the centre-back in Inter’s 3-5-2 formation. Gabriel could turn out to be a perfect replacement for the Dutch international. However, the Nerazzurri will face a lot of competition to sign the player.