Inter Milan are looking to increase the depth of their defence by adding a few names to their squad. Stefan de Vrij is likely to make a move away from the Italian club in the summer. Their main defender, Milan Škriniar, is on the wishlist of a few top European clubs. Inter Milan have already started to look for defenders who could help them in clinching the Serie A title and the UEFA Champions League title. One of the players they are scouting is Turkish international and Leicester City defender, Caglar Soyuncu. Soyuncu joined Leicester City in 2018 and the 26-year-old has matured a lot since his arrival. He was the backbone of the Foxes’ defence last season after a few defenders suffered injuries during the season. Now, he is on the radar of a few clubs, and Inter Milan are one of them. 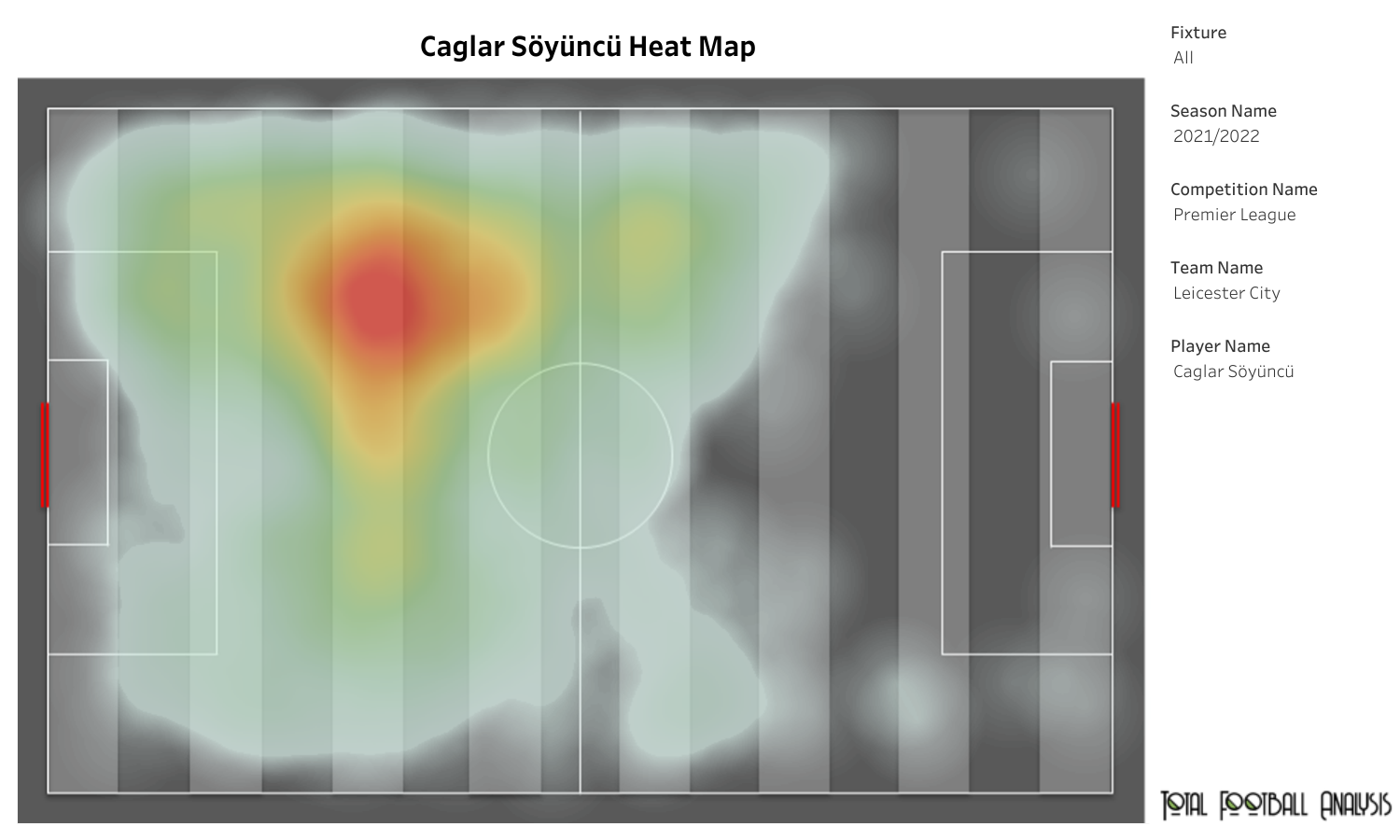 Soyuncu made 40 appearances for Leicester City last season. He appeared in 28 English Premier League games and started in every match. The centre-back also scored a goal in the league last season. The Turkish international is an aggressive defender who is not shy of attempting a tackle during the match. The above heat map shows that Soyuncu featured as the left-centre back for the Foxes last season. 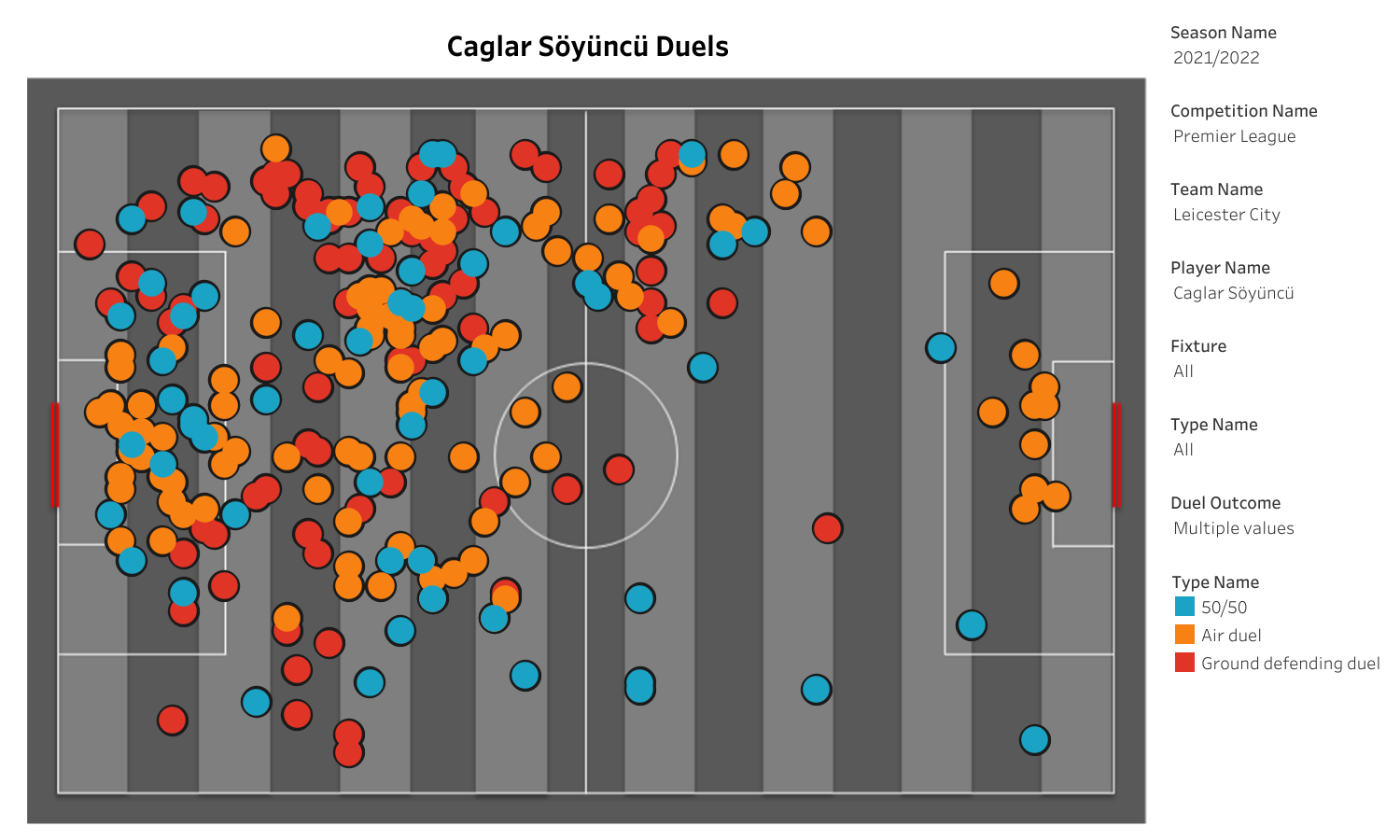 Last season, the defender was involved in 11.97 defensive actions per 90 minutes with a success rate of 81.6%. The above viz shows all the duels that were won by the 26-year-old. Soyuncu contested 6.27 defensive duels, 5.6 aerial duels and 2.4 loose ball duels per 90 minutes. He won only 25% of his defensive duels but had a high win percentage of 58.93% for aerial duels and 59.72% for loose ball duels. This shows that the player is a threat in the air and can win the loose ball duels. The Turkish international attempted eight shots, all of them while contesting aerial duels inside the opposition’s penalty box during set-pieces. 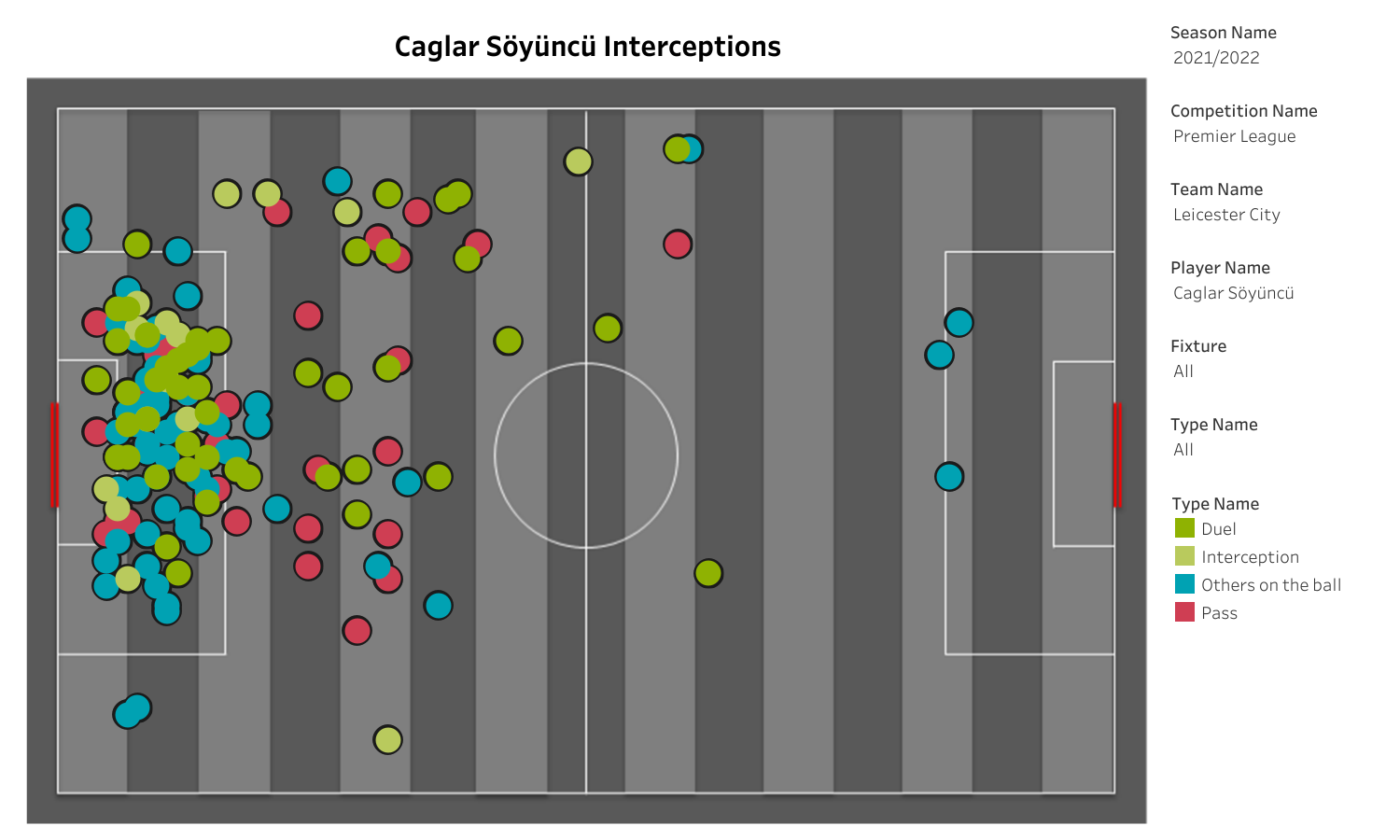 The Turkish defender is a no-nonsense defender and likes to tackle hard to win the ball. He could be a valuable addition to Inter Milan’s side in their attempt to win silverware next season.