Alessandro Bastoni made the switch from Atalanta to Inter Milan in 2017. The 23-year-old was loaned out for two spells in his first two years with the club. Now, he has established himself in the Italian top division and is a regular player for Inter Milan. The Italian centre-back has played three years of regular football with the Nerazzurri and has represented his national side. Inter Milan had a settled defence last season, but Stefan de Vrij is out of contract and Milan Škriniar is on the wishlist of a few clubs. Top European clubs were also interested in Bastoni, but he is unlikely to leave Inter because he is widely regarded as the club’s future leader. Last season, the player regularly featured in Serie A and the UEFA Champions League. Some of the stats from the elite competition show why he could become the future leader at the Italian club. 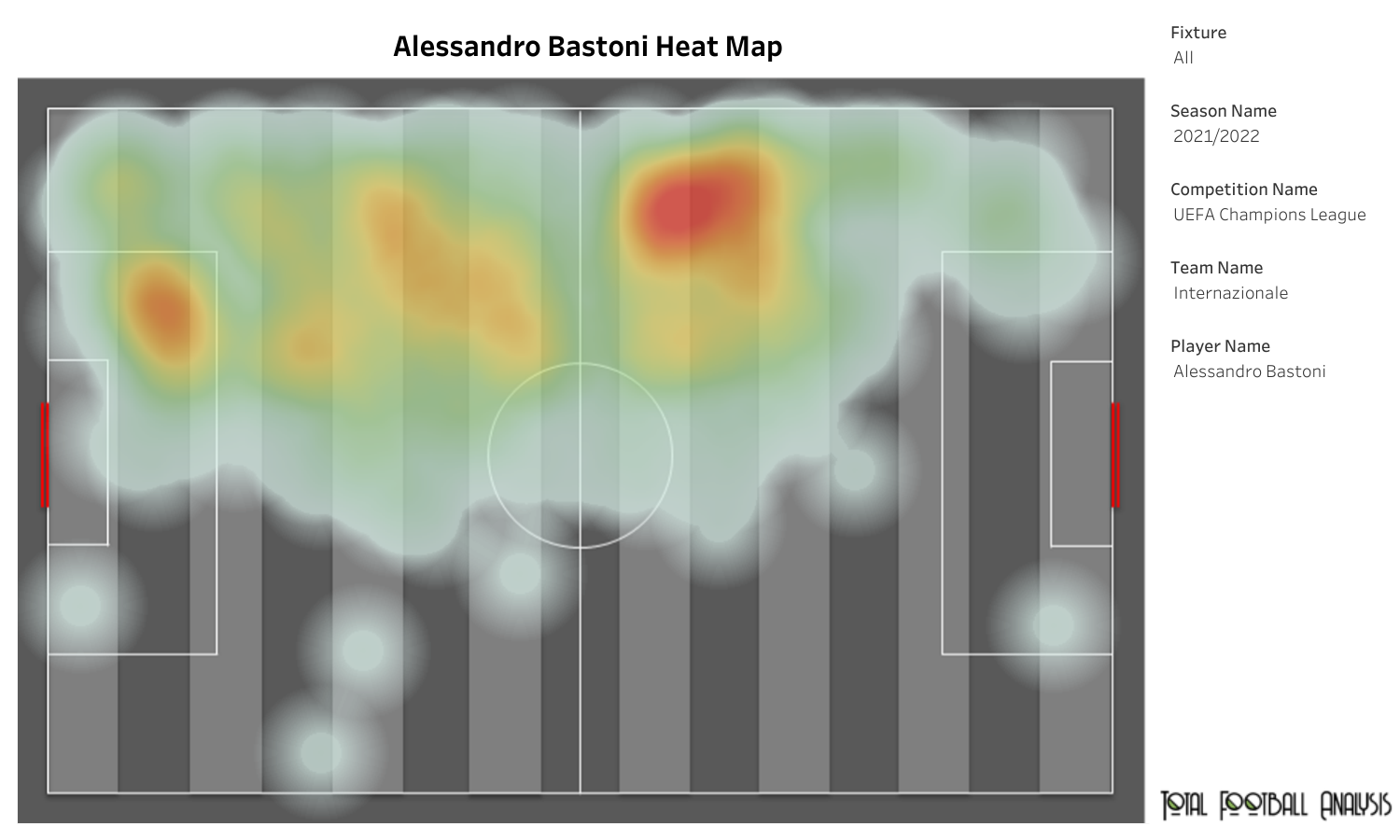 The 23-year-old has made 44 appearances for Inter Milan in all competitions. Of these 44 appearances, eight came in the UEFA Champions League. The defender scored a goal last season and also assisted his teammates three times to score goals. The above viz shows the heat map of the player in the eight UCL appearances. Bastoni is a left-footed player and featured as the left centre-back for Inter Milan in a three-man defence. Bastoni was the defensive cover for Ivan Perisic, who played a high attacking line. The player likes to go forward and get involved in creating plays. 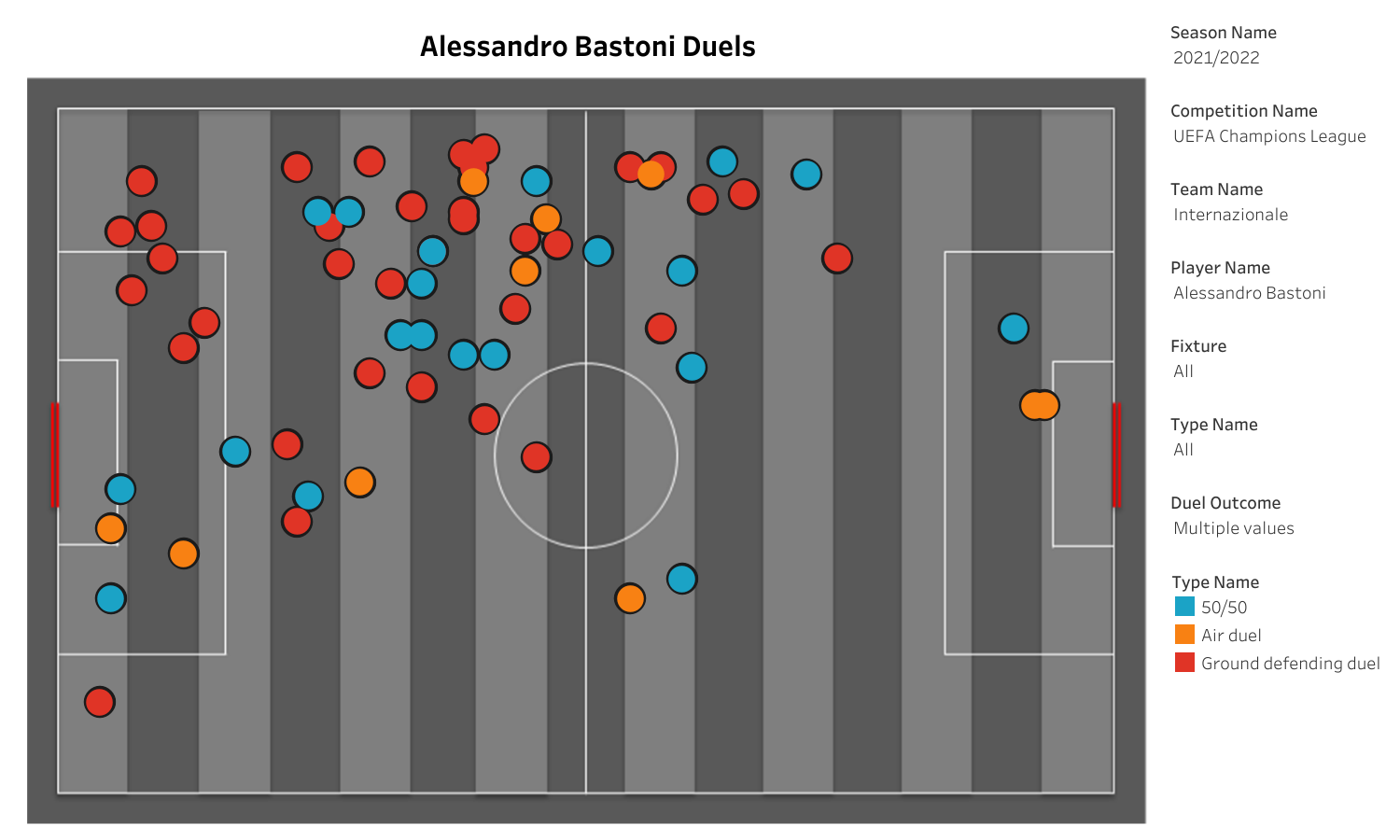 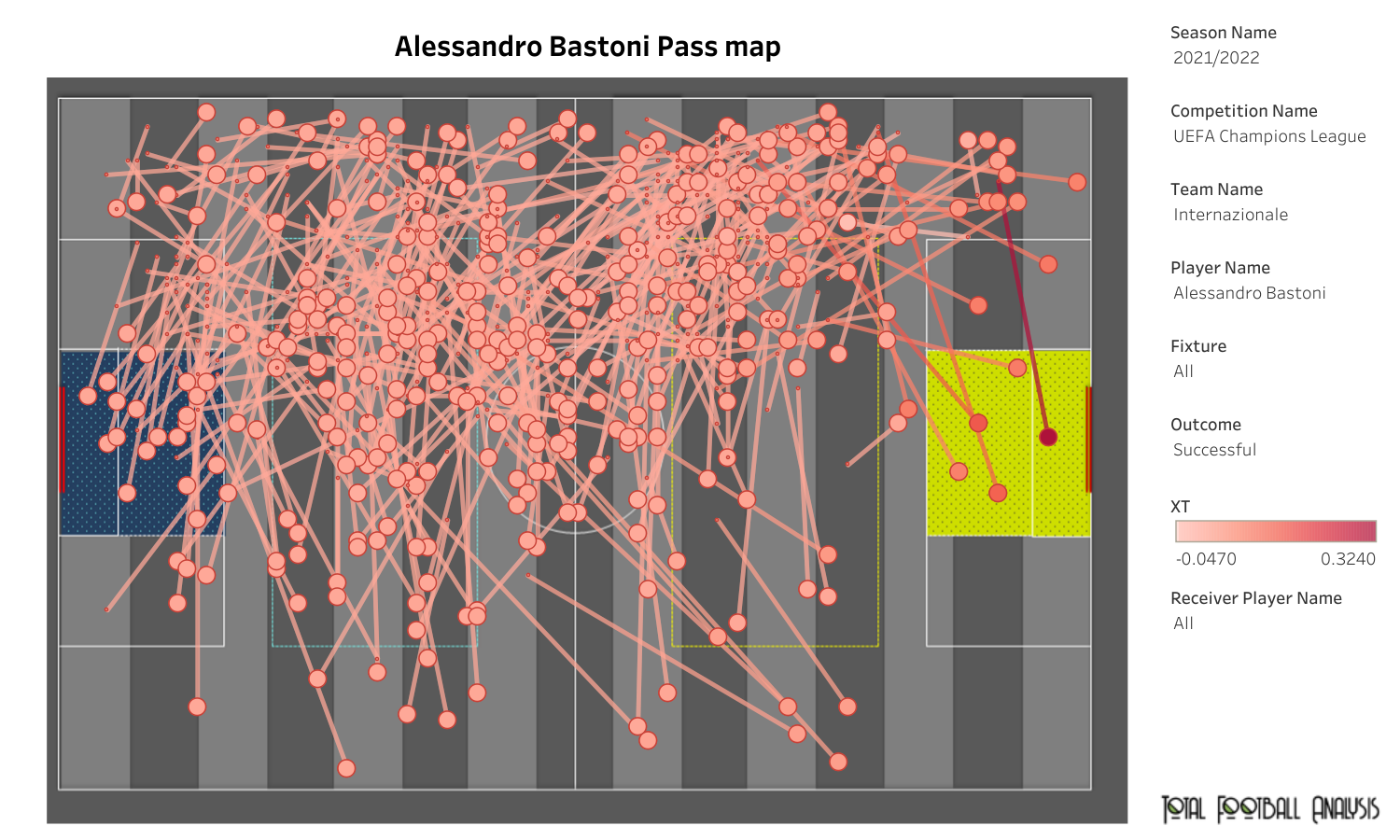 The Italian centre-back likes to get involved in the attacking play. He averaged 52 passes per 90 minutes with an accuracy rate of 88.9%. Bastoni played around six passes per 90 minutes into the attacking third with a high accuracy rate of 78.26%. The above viz shows all the passes that the defender successfully delivered. Bastoni tried to find his teammate inside the opposition’s penalty box and was successful seven times. Most of the passes were directed towards midfielder Marcelo Brozovic, followed by the centre-back, Stefan de Vrij, and left-wing-back, Ivan Perisic.

Alessandro Bastoni has cemented his place in Inter Milan’s starting XI. The player features as the left centre-back and is likely to continue in the same role next season. He showed his defensive qualities and passing abilities in every match. The player is likely to remain at Inter Milan for a few more years and is expected to become their defensive commander.