Inter Milan will be short of a midfield option after Nicolo Barella got sent off in their UEFA Champions League last group stage match. The defending Italian champions will face Liverpool in the next round, and Barella could be a huge miss for Inzaghi’s team. Barella signed for Inter in 2020 on a permanent transfer and has been a regular starter for the team. He is also a part of the national team set-up and features in almost every international game. This season he has featured in every Champions League game and is a part of the midfield three. 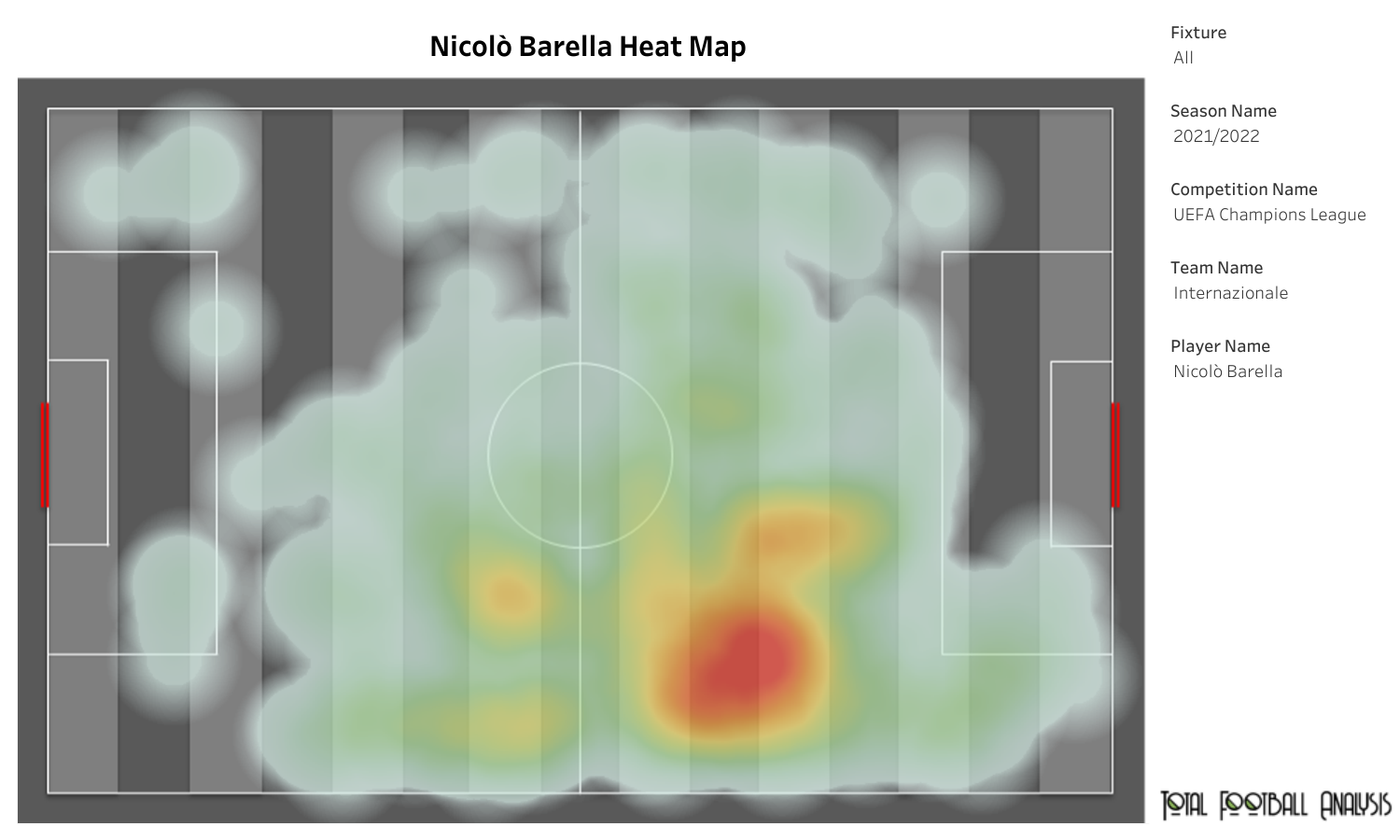 Inter Milan play in a 3-5-2 formation with a wing-back operating on each side. Barella plays in a midfield three alongside Marcelo Brozovic and Hakan Calhanoglu. While Brozovic plays in the centre, Calhanolgu features on the left side. Barella plays on the right of the midfield three, and his heatmap shows that he covers every part of the field. The player is yet to score a goal or provide an assist but has been very influential on the pitch. 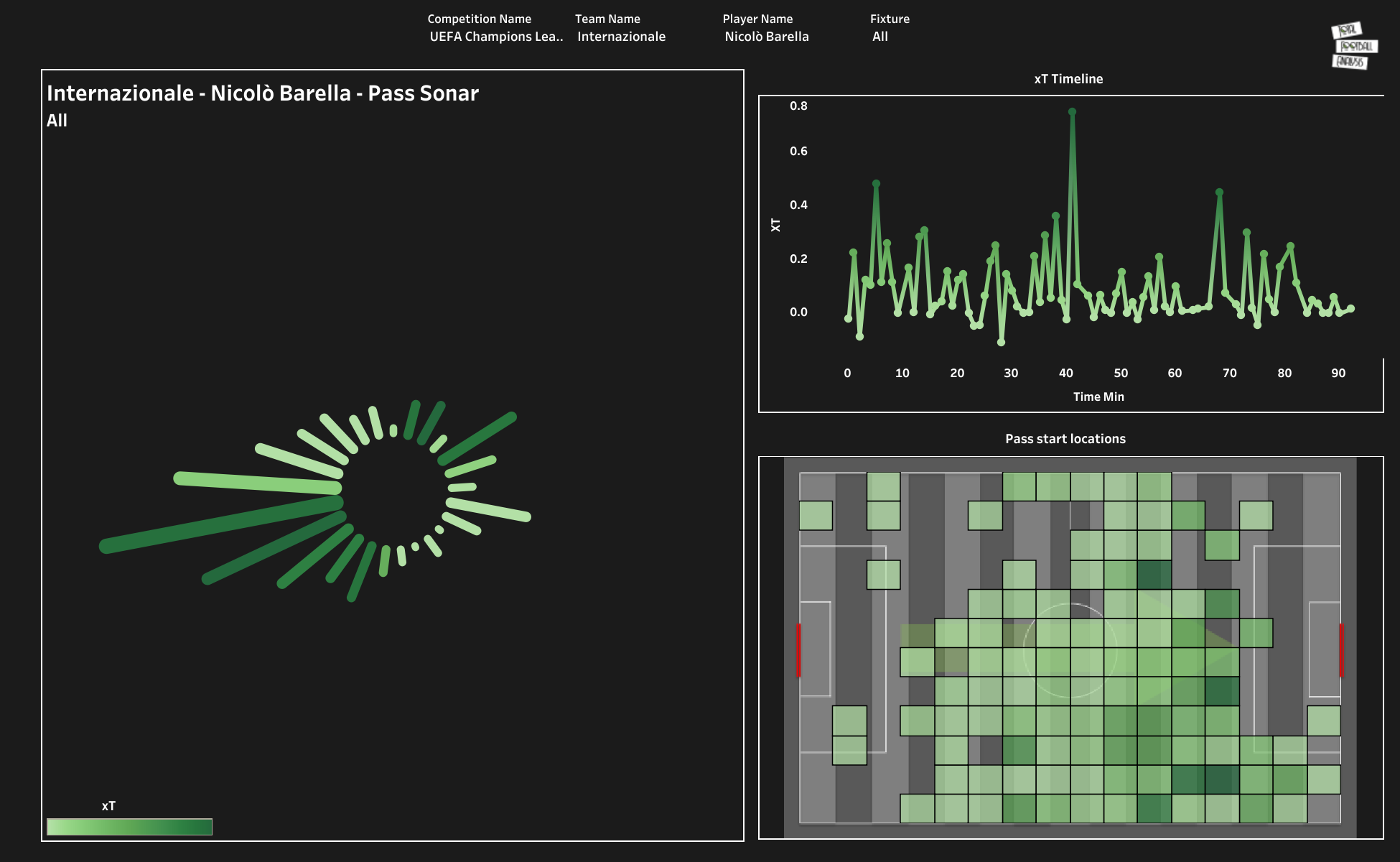 Nicolo Barella has attempted 311 passes this season in six Champions League games, and 100 of those were against Sheriff in one match. The highest threat is created by the passes attempted from the wider sides. His passes include six crosses, 24 long passes, eight smart passes, and 15 through passes. He has attempted the most smart passes for the team. 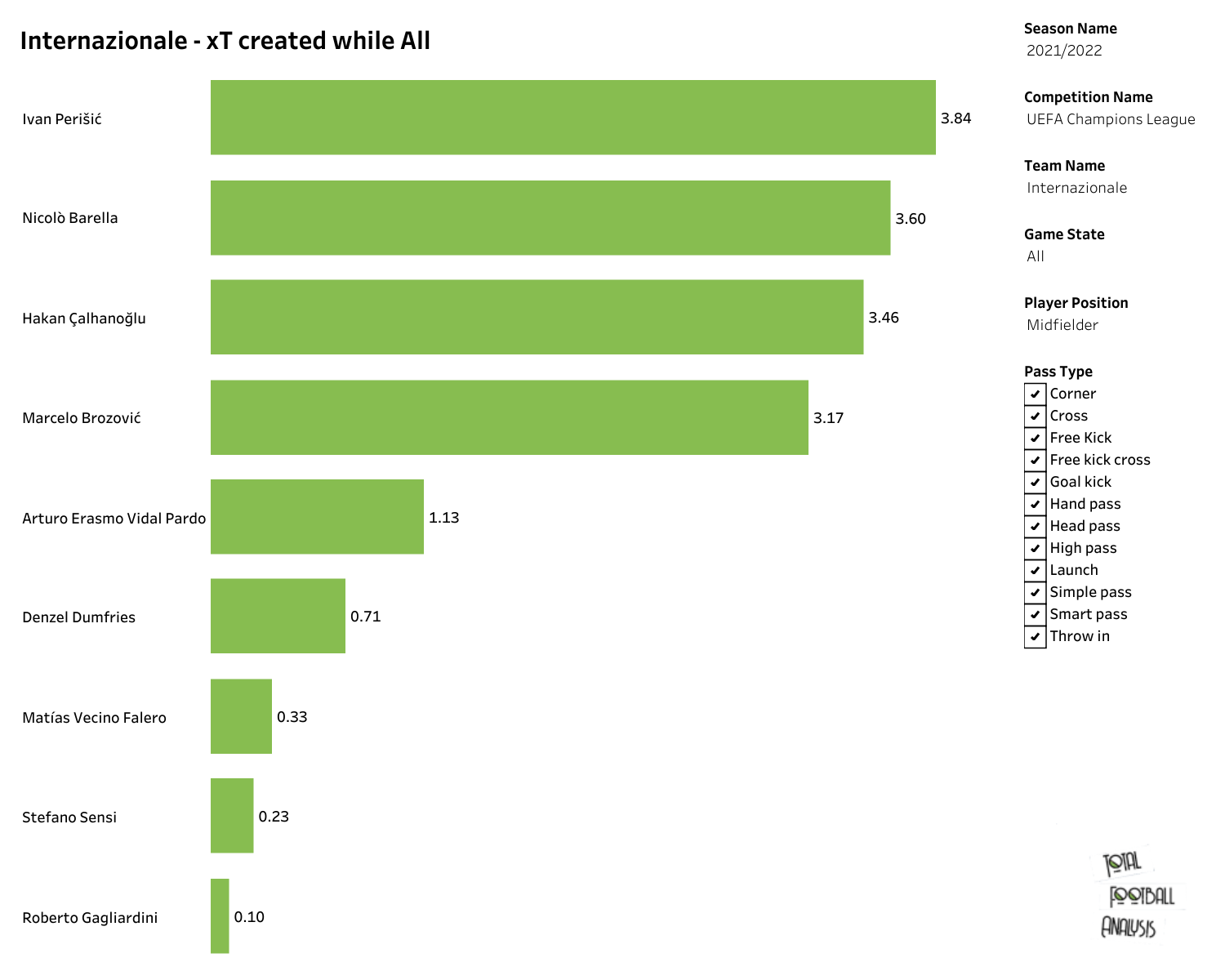 The above chart shows the threat rate created by the passes by Inter Milan midfielders. These passes include crosses, simple passes, smart passes, and other passes selected in the box. Ivan Perisic has created the highest threat rate, and he features from the left side. His role in the team is more of an attacking type. Barella has created the second-highest threat rate, and this is the highest rate amongst other midfielders in the team. Hakan Calhanoglu, who is an attacking midfielder, is just behind him. 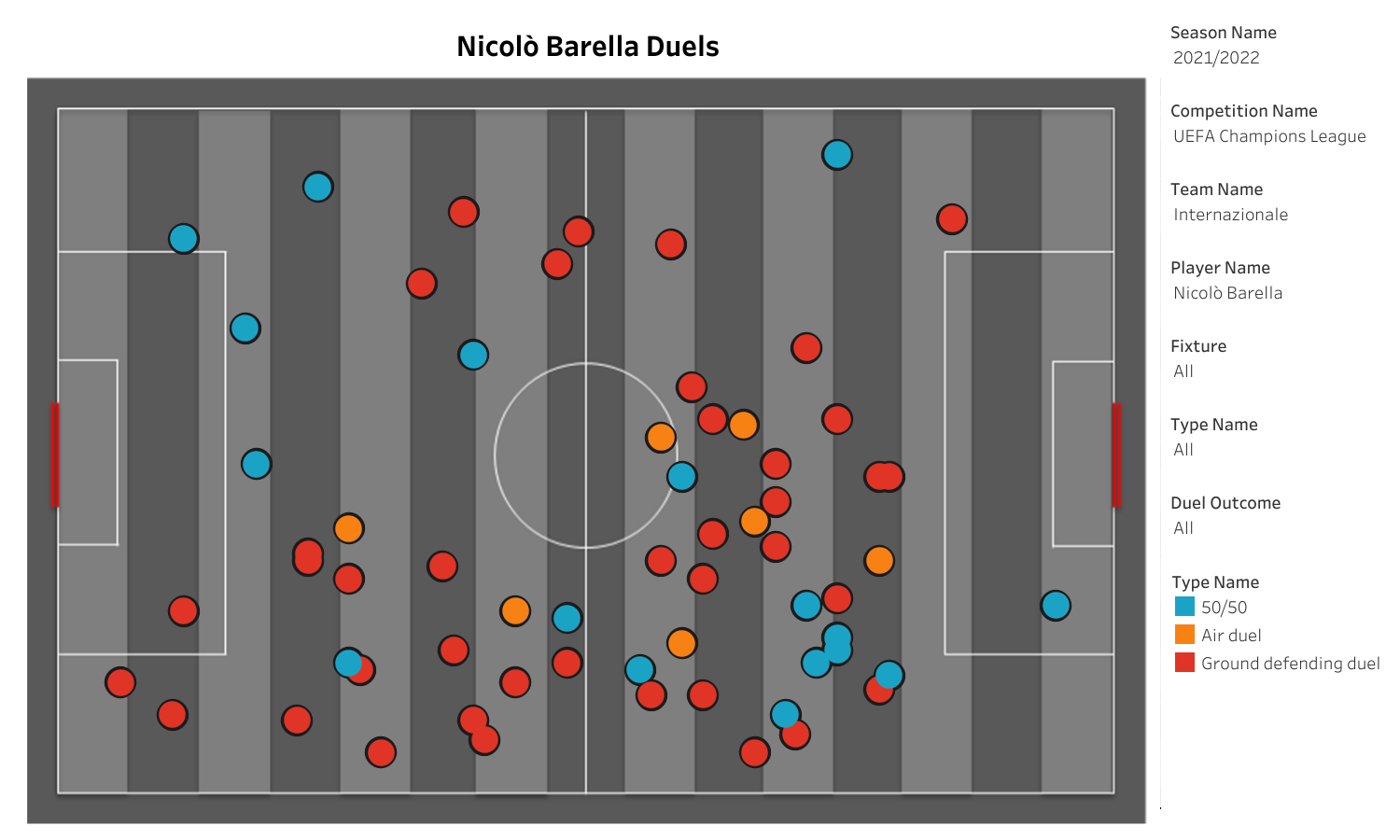 Nicolo Barella has been a regular starter for Inter Milan, and his absence in both fixtures would be a big loss for the Serie A side. He has created the highest threat rate from the middle, and his presence is felt in every part of the field. Inter’s veteran midfielder, Arturo Vidal, could start in his place.