Inter Milan’s search for a defender continues as the Italian side focuses their attention on Atalanta’s centre-back, Merih Demiral. The Serie A runners-up have strengthened their attack by signing Romelu Lukaku from Chelsea. But they need some defensive reinforcements as Stefan de Vrij is likely to leave the club and Milan Škriniar is also on the wishlist of PSG. Demiral made a move to Juventus in 2018 but has failed to cement his place in the starting XI. He was loaned out to Atalanta last season, and they exercised the right to buy the player. The 24-year-old was rated as one of the top young defenders in Italian football. Inter Milan are now hoping to sign the Turkish international. 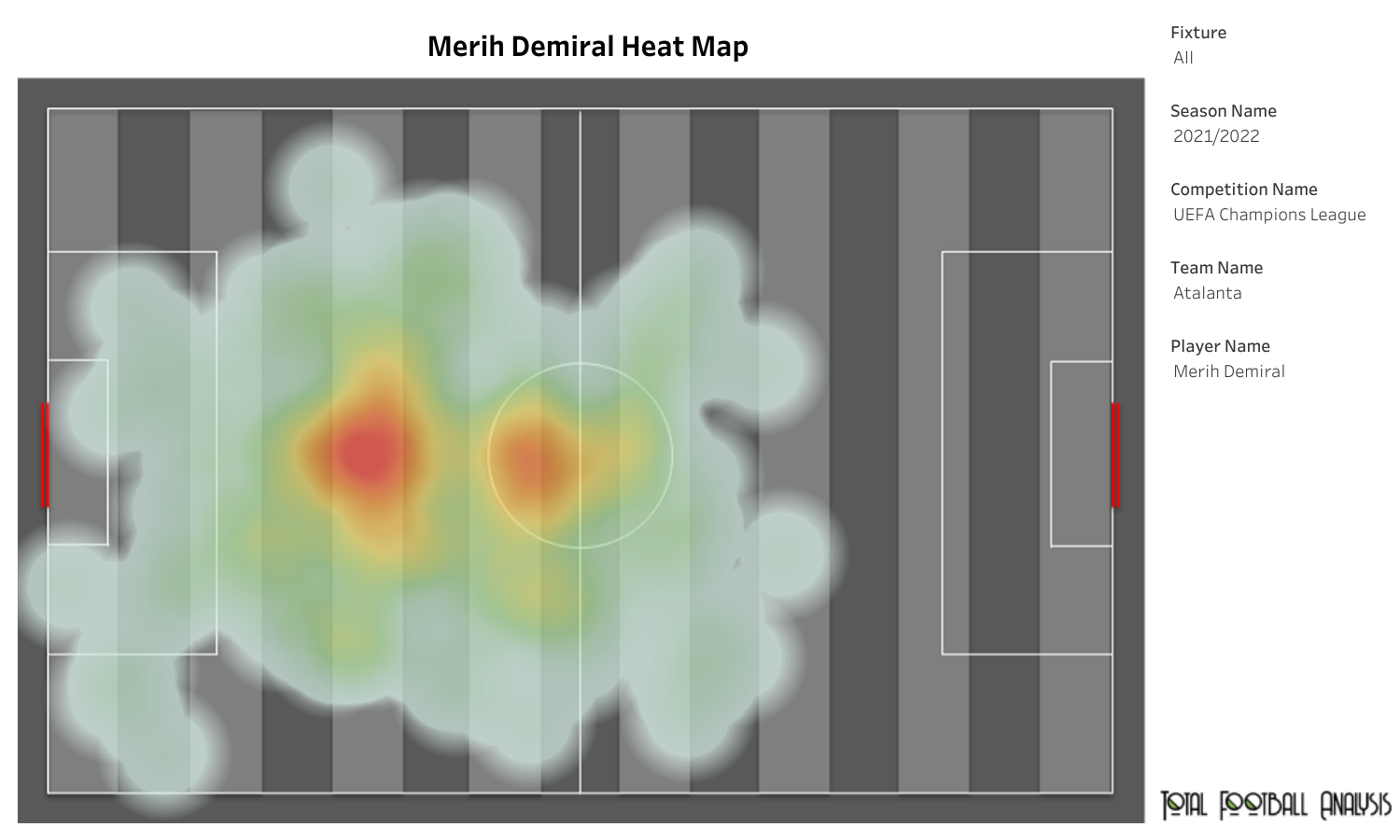 Demiral made 42 appearances last season for Atalanta. He made 28 Serie A appearances and six appearances in the UEFA Champions League. He scored a goal each in both these competitions. The above viz shows the heat map of Demiral in the UEFA Champions League. The Italian side played in a three-at-the-back formation. Demiral played as the centre-back for the team. Inter Milan also require a player who can play in the centre and become the last line of defence. The stats show that the Turkish international is suited for this role. 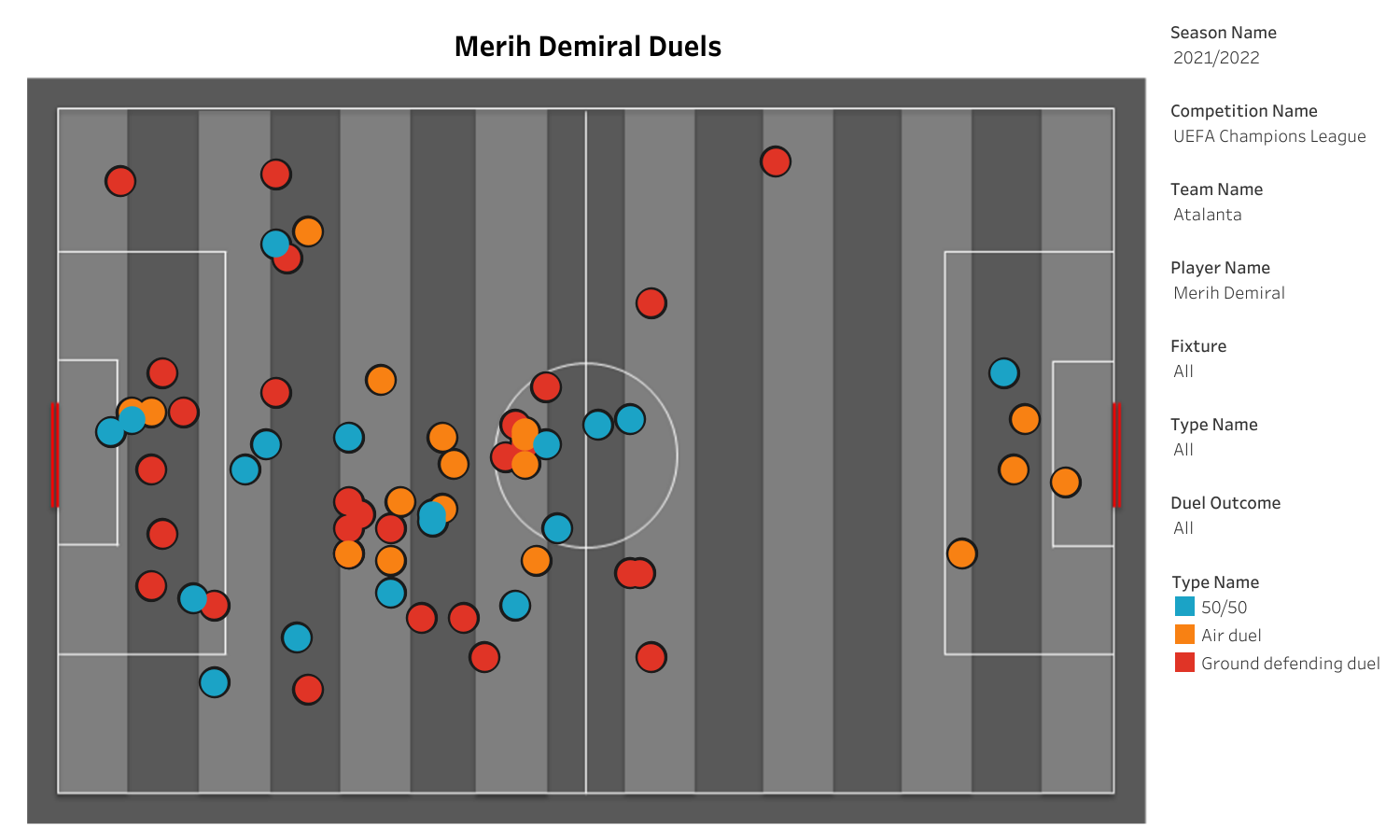 The 24-year-old was involved in 11.76 defensive actions and had a 78.85% success rate. The above viz shows all the duels contested by the centre-back. He contested 6.3 defensive duels, 4.07 aerial duels, and 4.07 loose ball duels per 90 minutes. His win percentages were 17.9% for defensive duels, 66.67% for aerial duels, and 72.22% for loose ball duels. He contested a few aerial duels inside the opposition’s penalty box and scored with a header against Manchester United. This shows that the player can score goals on set-pieces as he is strong in the air and wins most of his aerial duels. 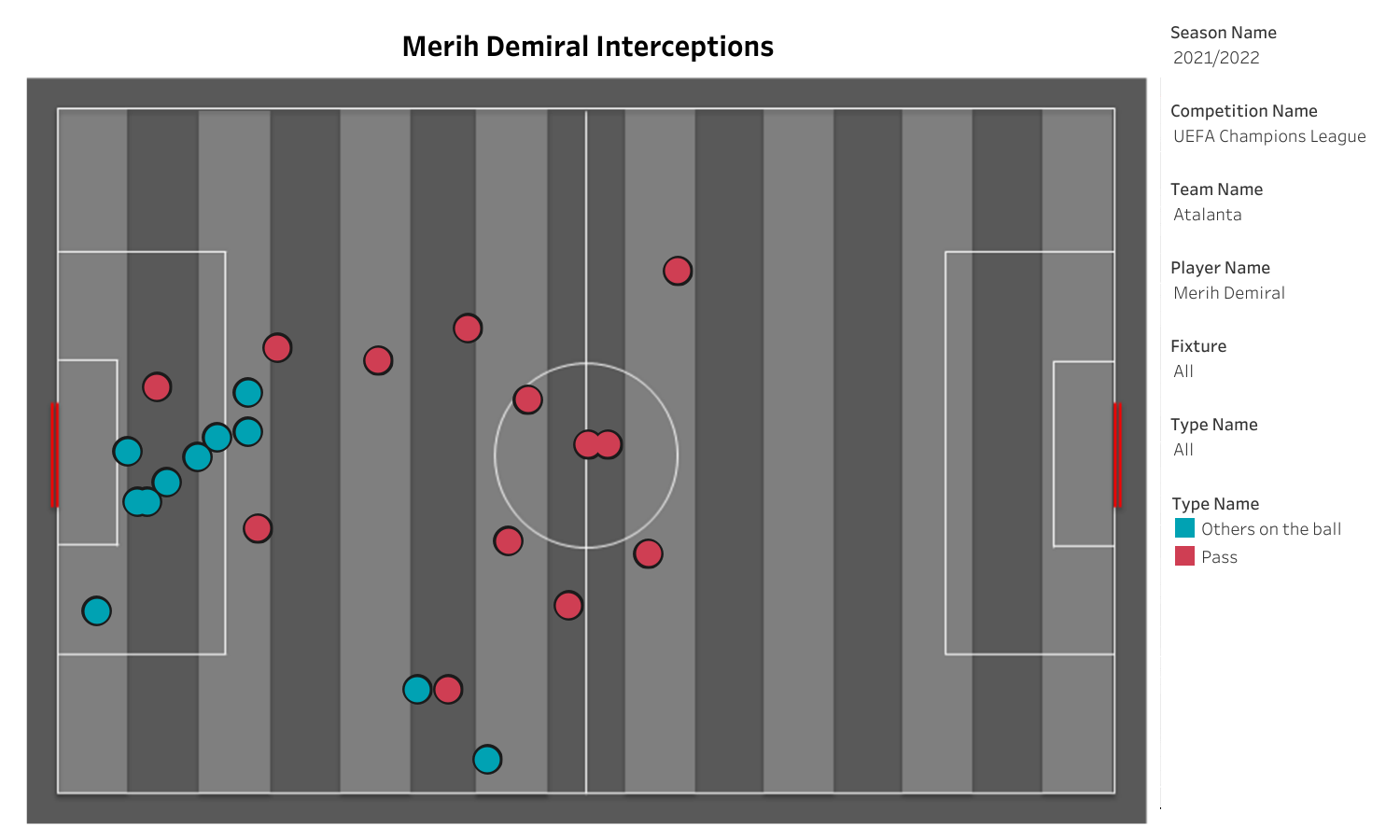 Demiral made 24 interceptions and 11 were made when other players had possession of the ball. The player intercepted 13 passes attempted by the opposition players and most of them were in the middle third. The Turkish international also made 54 recoveries, and 25 were in a single match against Young Boys.

The 24-year-old could be on his second summer transfer. He has proved himself at the top level by performing consistently. Inter Milan will be hoping to sign a new defender in the coming days and might make a bid for one or two defenders. Merih Demiral could be one of those defenders.

Under the microscope: Alessandro Bastoni tipped to be the future leader at Inter Milan