Inter Milan is interested in acquiring the services of Barcelona’s duo of Memphis Depay and Miralem Pjanic in the summer. The duo were expected to leave the Spanish club at the end of the season due to a lack of game-time. Memphis Depay recently returned from an injury, and Pjanic is playing on loan at Turkish club Besiktas. Both players carry plenty of experience of playing in the top division, with Miralem Pjanic already having experience playing in Serie A with both Roma and Juventus. These two made some important contributions to their sides in the UEFA Champions League this season, and here are some of their performance highlights.

Memphis Depay was the main player for Barcelona under Ronald Koeman and led their attack. The team saw the departure of Lionel Messi and were also missing the firepower in the attack. Memphis Depay featured in all six group stage games for the Catalan club and led the attack. He failed to score a goal but was a constant threat towards the opposition goal. 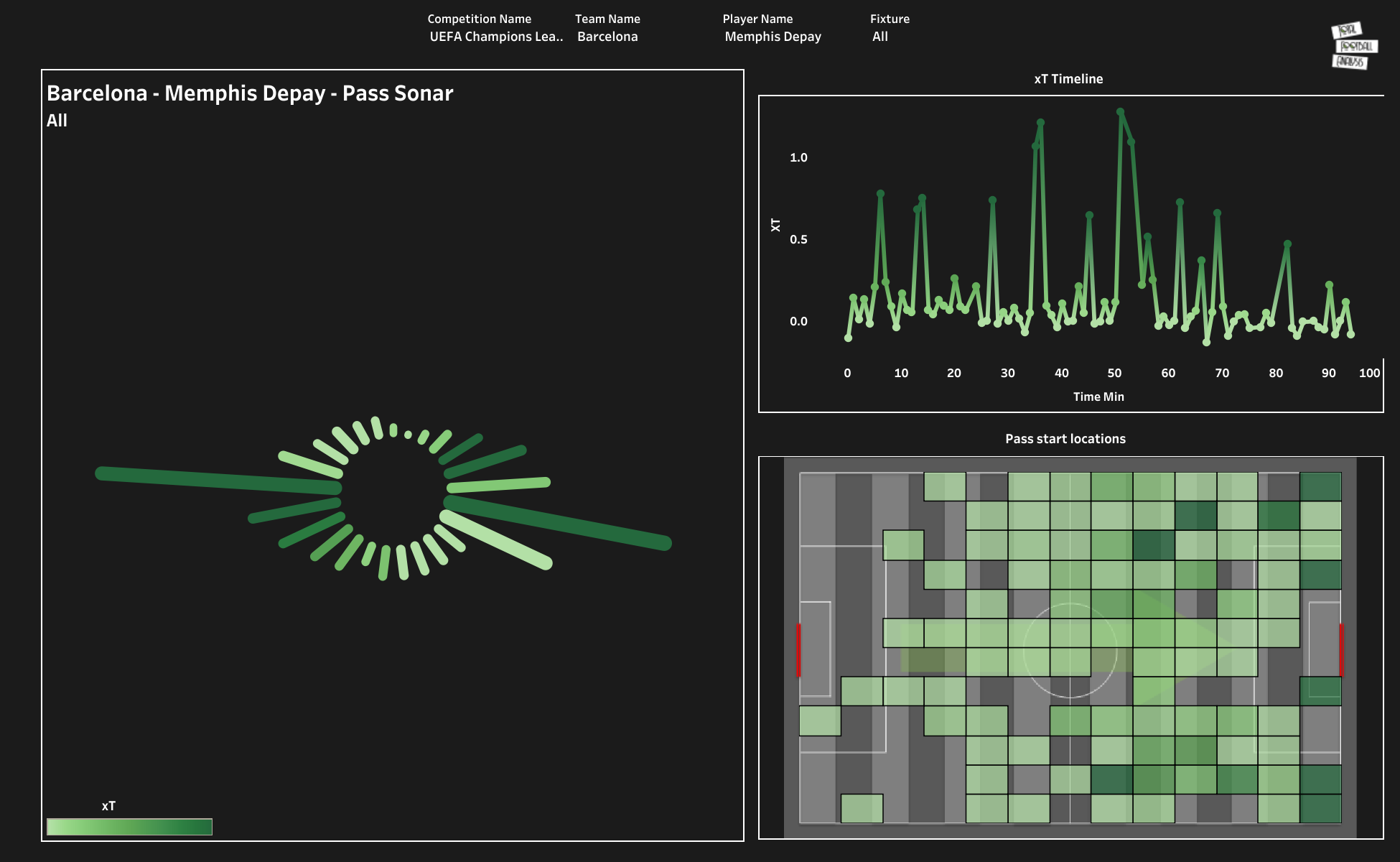 The 28-year old Dutchman started in every match and attempted 228 passes overall with an accuracy rate of 79.82%. The above viz shows the pass starting location as well as the threat created by the passes during different time intervals. He attempted passes from both sides of the field and created threats with corners. The highest threat is created during the middle period of the match. These 228 passes attempted by him included 18 crosses, six smart passes, and four through passes. Most of his passes were towards left-back Jordi Alba.

Memphis Depay also attempted six shots this season but failed to hit the target. He took 23 touches inside the opposition’s penalty box, and the overall xG rate of the player was 1.97. Barcelona played poorly in the UEFA Champions League, and that is the reason why he was unable to score a goal. However, he created threats with his passing and was an important part of the team. 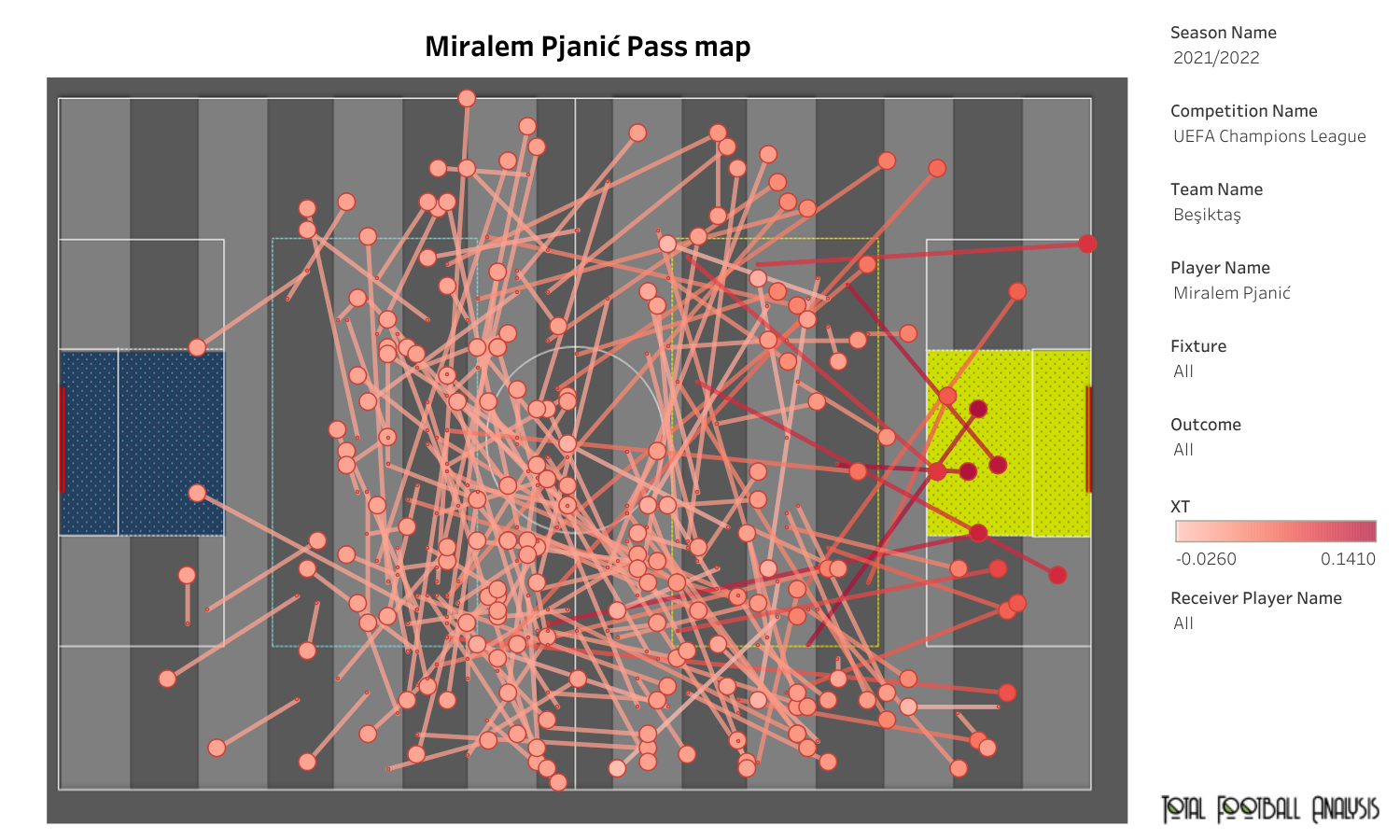 Miralem Pjanic featured in three UEFA Champions League games for Besiktas and provided two crucial assists. The 32-year-old Bosnian featured at the heart of the midfield. The above map shows all the 194 passes attempted by him in three matches. He completed 163 passes with an accuracy rate of 84%. The above viz shows that he attempted 13 passes into the opposition’s penalty box, and all the passes were attempted from the middle. He attempted four smart passes and ten through passes. The midfielder also attempted three long-range shots from outside the opposition’s penalty box but failed to hit the target.

These two players play in different positions and offer a lot of qualities on the pitch. According to various reports, Barcelona are also interested in signing Lautaro Martinez from Inter, and the two players could be a part of the deal. They are effective with their passing and have gained a lot of experience by playing in different leagues. Inter will look to add one of these names to their team list for next season.