Inter Milan have recently been linked with a move for PSG midfielder Leandro Paredes. The Italian club could lose some of the midfielders at the end of the season, and they need some new players that could take the team forward. Leandro Paredes is 27-year-old and still has a lot of years of game-time ahead of him. The Argentine is currently into his fourth season with the French club after joining in January 2019. He has made 69 appearances in the league for the French club and 21 appearances in the UEFA Champions League. 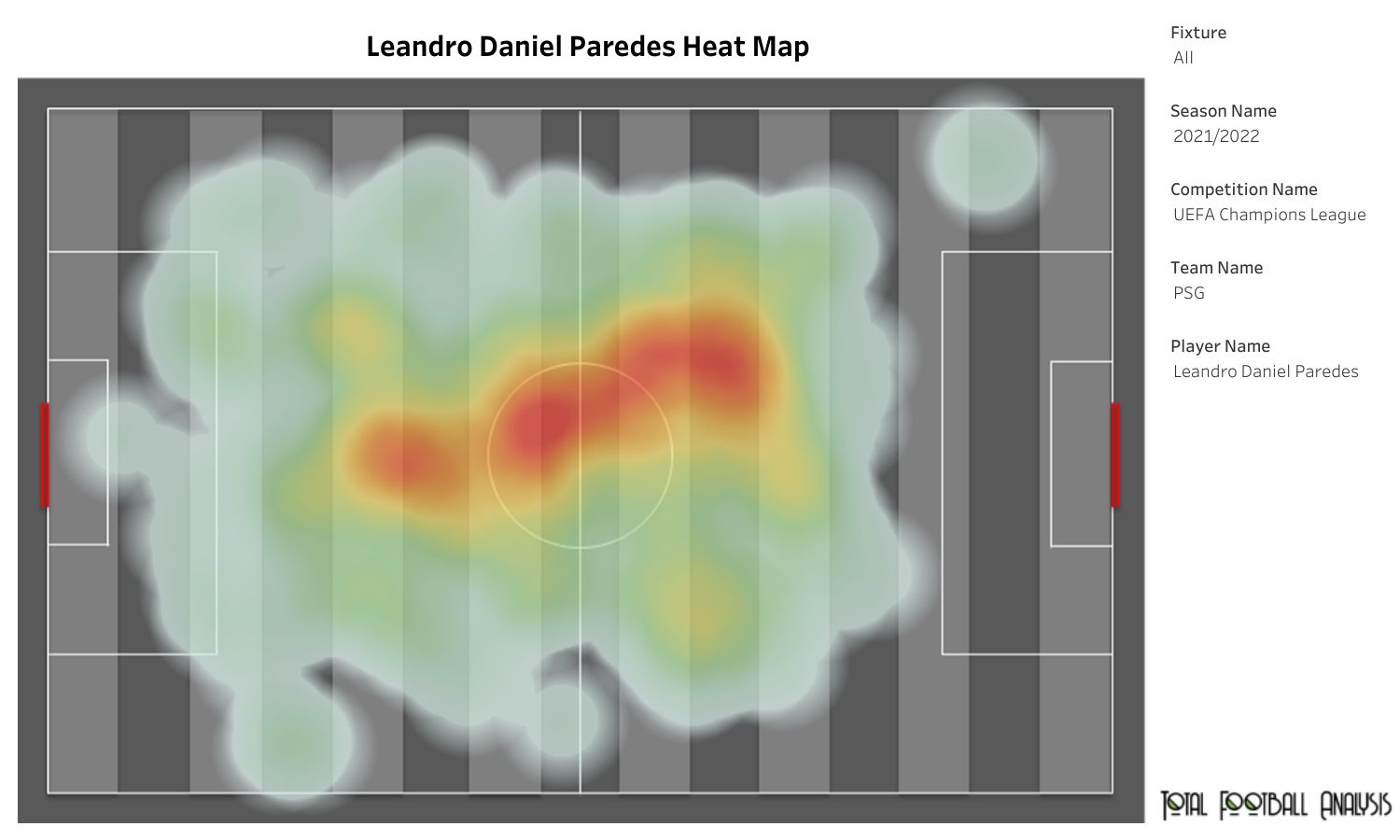 This season, Leandro Paredes made five appearances for PSG in the UEFA Champions League. He started in four matches and came on as a substitute against Club Brugge at home. The above heatmap shows his average position on the pitch. The 27-year-old played in the centre of the midfield and acted as the main link between the defence and the attack. He had minimal attacking contributions, and his role was to control the game from the midfield for the newly crowned Ligue 1 Champions. He only attempted one shot this season, and that was off target. 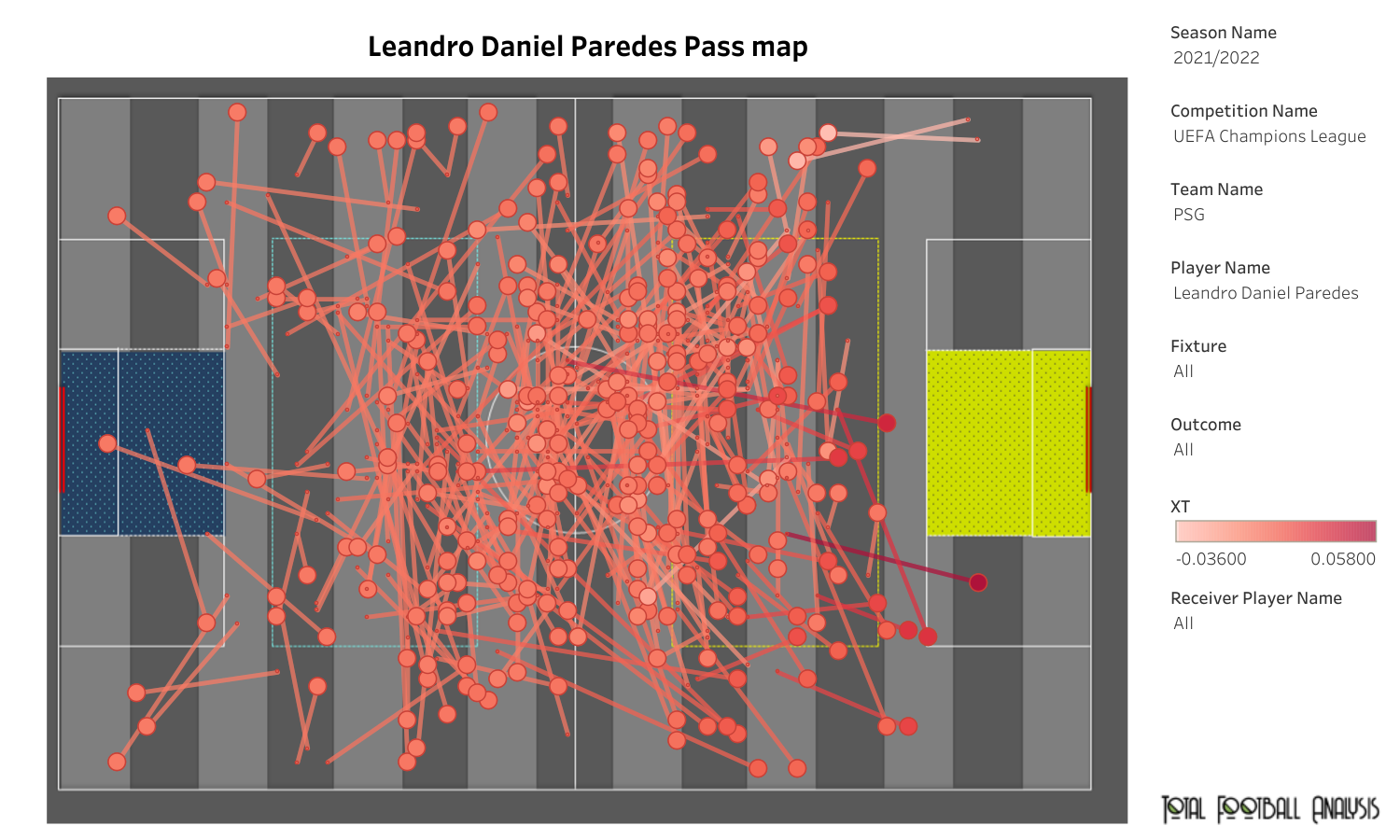 Leandro Paredes attempted 302 passes in five appearances with a high passing accuracy rate of 95.36%. He attempted 113 passes against Real Madrid in the first leg of their last-16 match. From the above map, we can observe that most of the passes attempted have been sideways. The 302 passes include six long passes, four smart passes, and three through passes. The midfielder has attempted the highest number of passes towards his international teammate, Lionel Messi (50), and these passes have created the greatest threat. The second-highest number of passes have been attempted towards Marco Verratti (49), followed by Marquinhos (36) and Presnel Kimpembe (31). 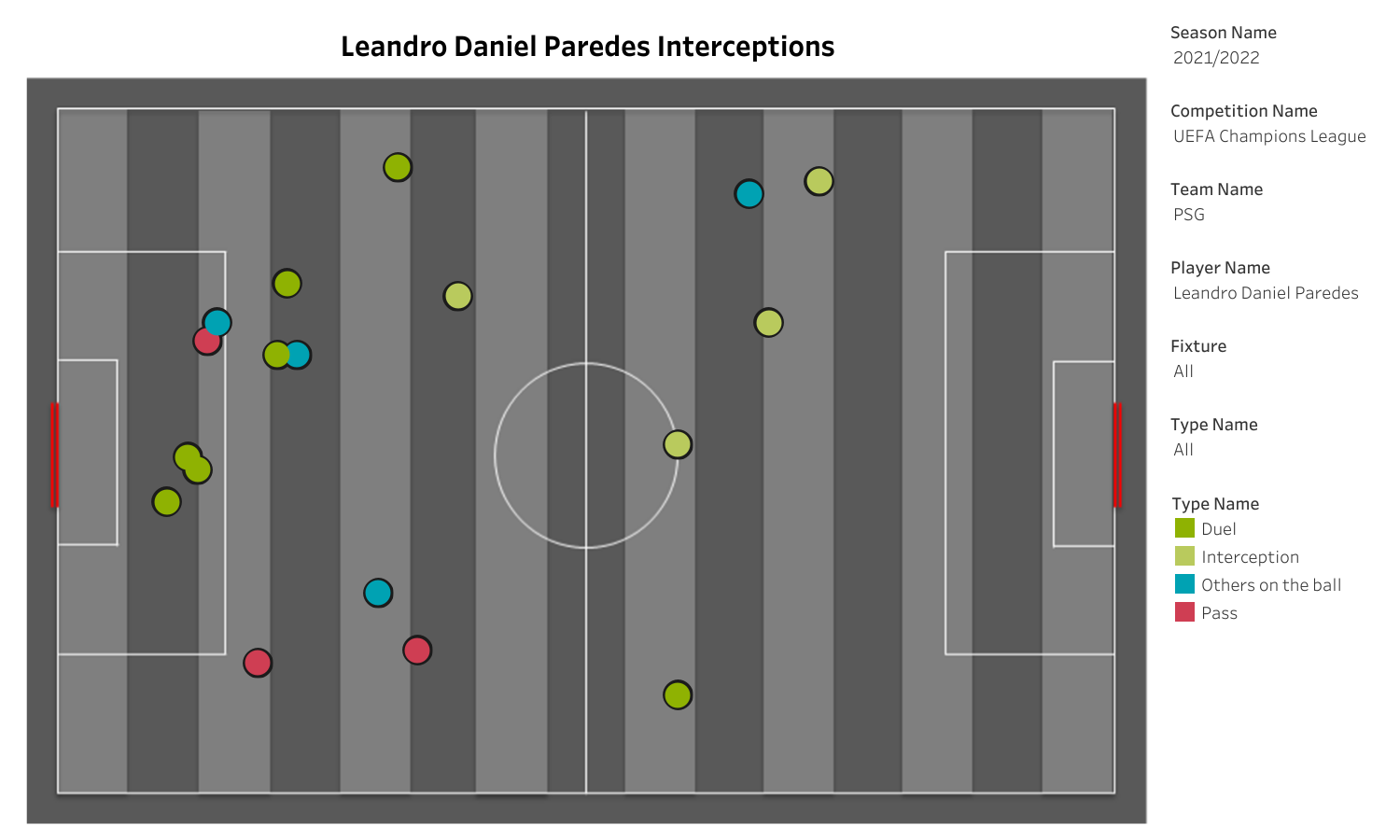 The 27-year-old has also made some defensive contributions. He has made 18 interceptions, and 13 were made inside his team’s half. Paredes made seven interceptions while contesting a duel; four each when there was a loose ball and while other players were on the ball; and he intercepted three passes. He also contested 29 defensive duels and six loose ball (50/50) duels. Paredes has made 22 recoveries, and seven were made inside the opposition’s half.

Leandro Paredes has a low price tag of £12 million and has won three league titles in four seasons with PSG. He could be a great addition to a very attacking Inter Milan midfield by distributing the balls between the channels and creating attacks from midfield. Inter Milan will battle other European rivals to acquire the player in the summer.