Inter Milan’s Croatian winger, Ivan Perišić, is one of the most wanted players in football. The player is ageing like a fine wine and is giving some big contributions day in and day out for the Nerazzurri. His performances have also forced Inter Milan to offer him a new contract as it would become difficult for them to find a like-for-like replacement. Inter Milan won the domestic cup but failed to defend their Serie A title. They will be looking to earn more silverware, and keeping Perišić in their team would increase their chances of doing so. The player was the standout performer in his side’s run to the knockout stages of the UEFA Champions League, and here are some of the stats that show why he was regarded as their best player this season. 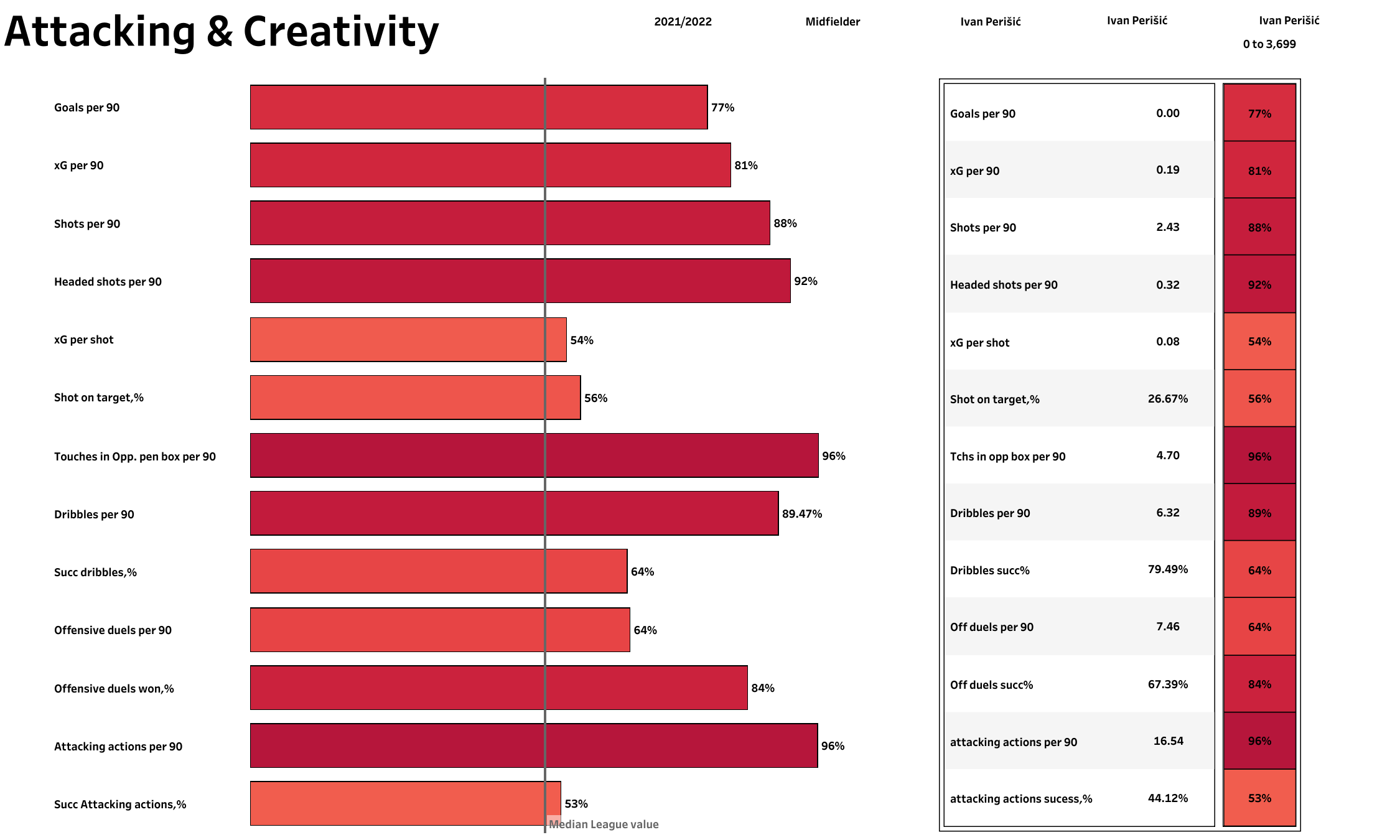 Perišić made eight appearances in the UEFA Champions League. However, he only had one goal contribution, and that was in the form of an assist. But the player created a lot of threats for his side. When looking at the above chart, the general rule is that the longer the bar, the better the performance — you can see the league average in the middle, and the % is the percentile rank the player is in.

It can be noticed that Perišić has a high percentile rank in comparison to the other players in the league. He averaged 2.43 shots per 90 minutes with a 26.67% shot accuracy rate. The player penetrated the opposition’s penalty box 29 times and averaged 4.7 touches per 90 minutes. He was involved in more than 16 attacking actions per 90 minutes, with a 44% success rate. 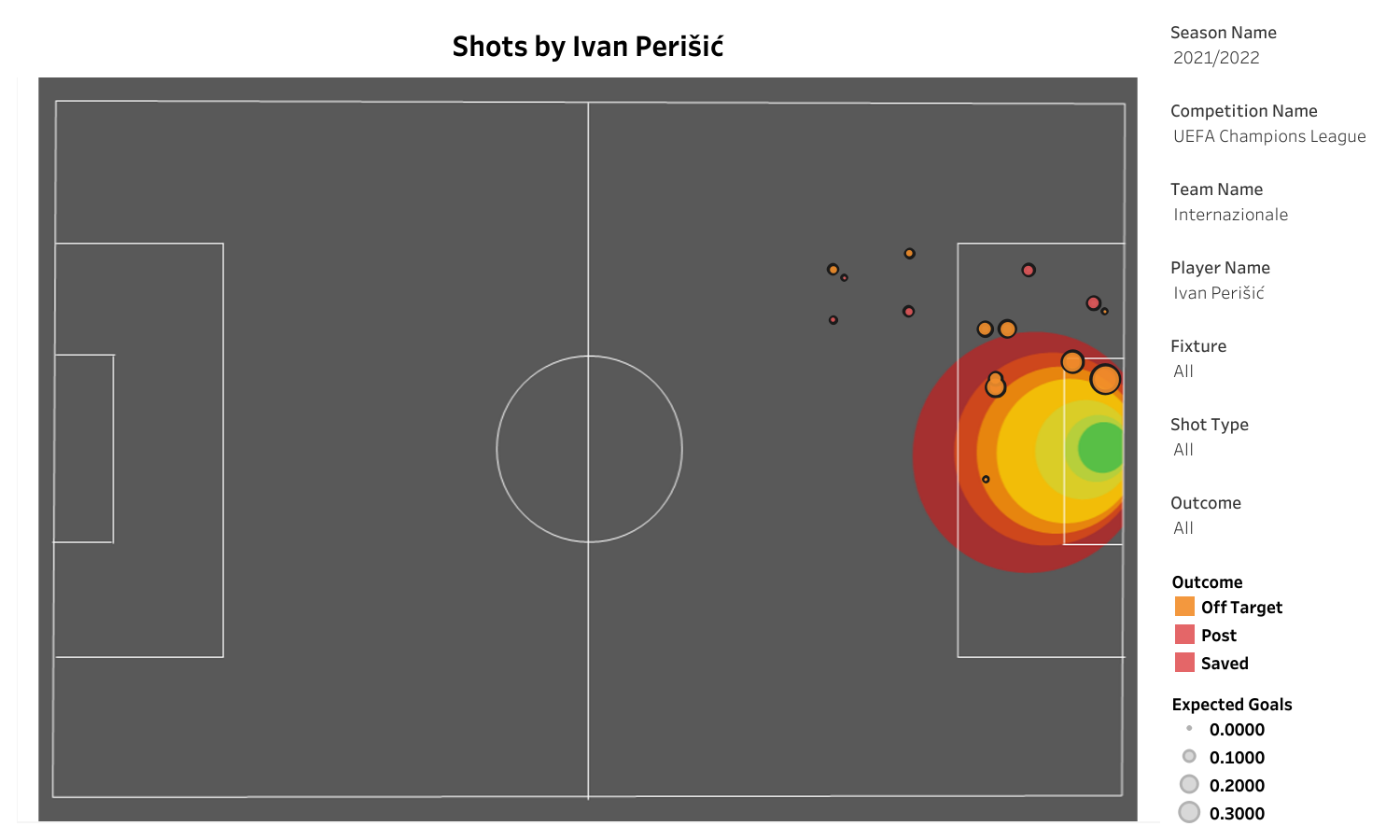 The above viz shows all the 15 shots attempted by the 33-year-old. He managed to hit four shots on target with an xG rate of 1.2. Most of the shots were attempted from the left side of the field. However, the Croat scored eight goals in the league and could have scored more with his dangerous left foot. 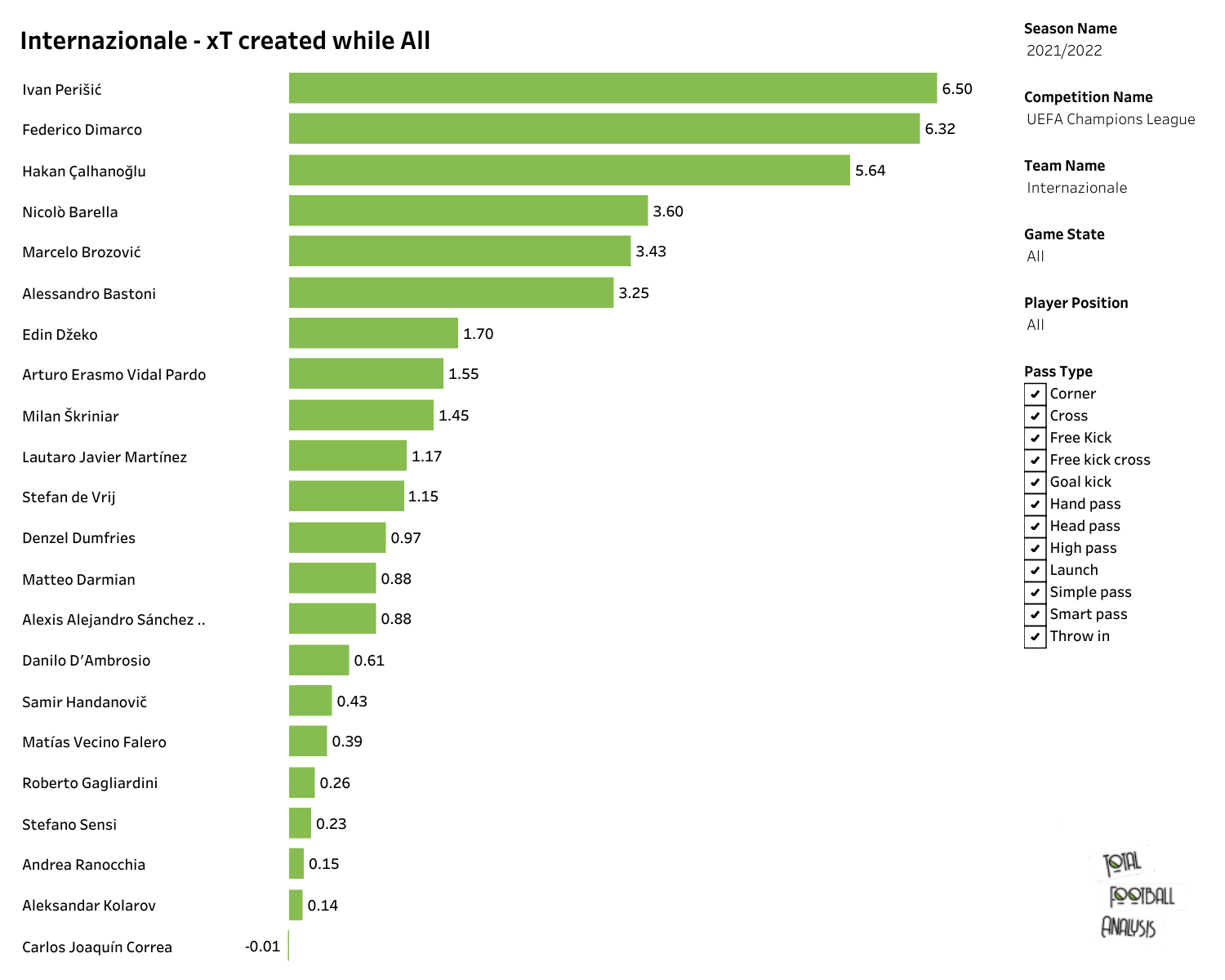 Perišić created the highest threats from passes for his side. The above viz shows that the Croatian player was the most threatening player for his side in the UEFA Champions League from all the passes mentioned in the above viz. He attempted 43 crosses, five smart passes, and seven through passes.

The 33-year-old also made some important defensive contributions as he made 20 interceptions and 36 recoveries, of which 17 were made inside the opposition’s half.

Ivan Perišić may be into the final 3-4 years of his career, but his performances are getting better and better. A lot of clubs are keen to sign him, but Inter Milan will look to keep him for another season or two. They will look to extend the contract as soon as possible.