Inter Milan qualified for the next stages of the UEFA Champions League after finishing as the runners-up of Group D. The defending Italian Champions play in a 3-5-2 formation with two wing-backs providing additional support to the strikers. Croatian international Ivan Perisic has featured in the left wing-back position for Inter this season. He has featured consistently in that position and offers a lot of quality while going forward.

The 32-year-old midfield player has featured in every Champions League game for the club. He has started in four matches and came on as a sub in the other two matches. Perisic is yet to open his goal-scoring account in the Elite competition but has an assist to his name. 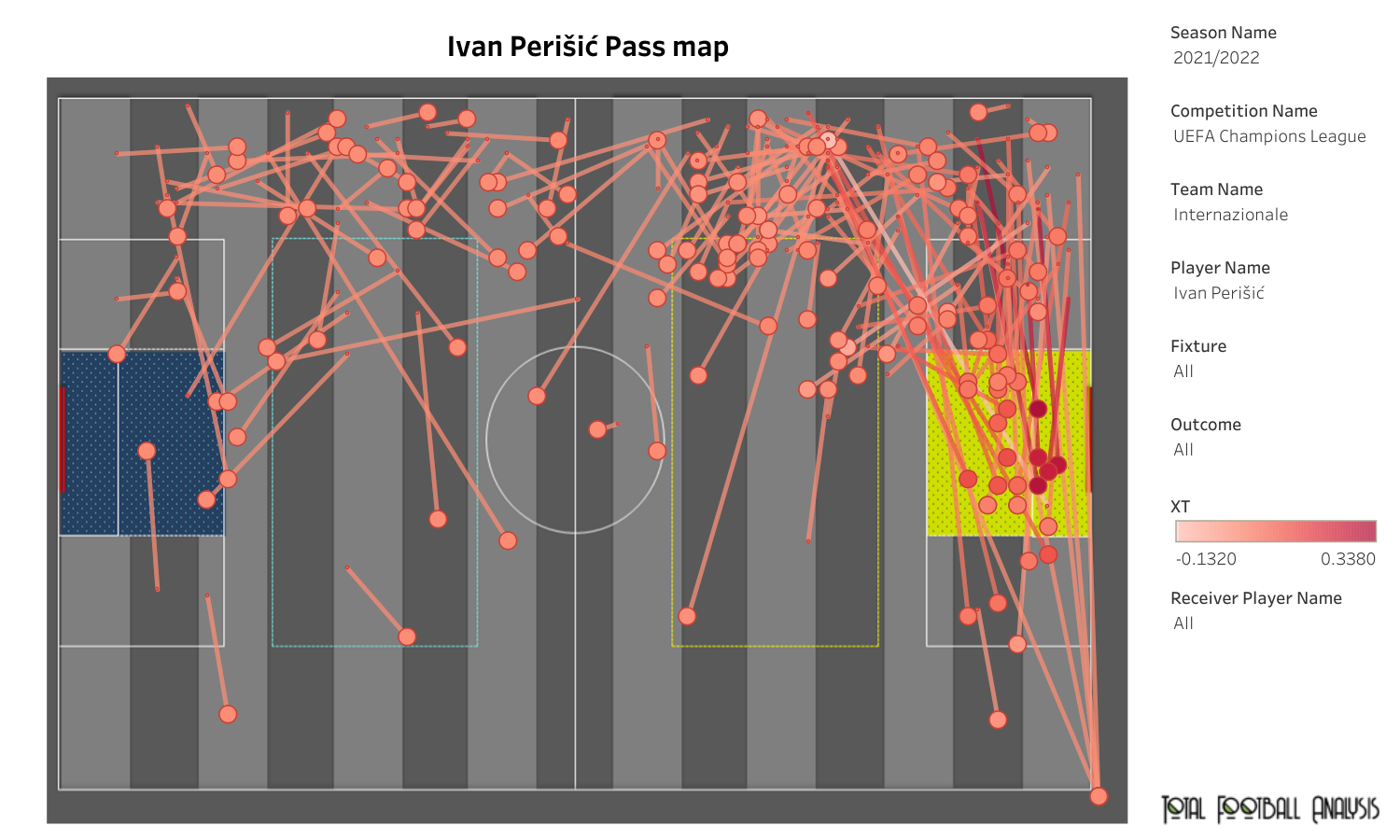 The Croatian international is not only handy with his passing but also with his shooting abilities. Perisic used to score a lot of goals for every club that he played, but at Inter, he is playing in a different position than his usual position. He has attempted 14 shots and managed to hit the target four times. The player attempted eight shots against Real Madrid in two matches but was unable to hit a shot on target.

Ivan Perisic has attempted 26 dribbles and averages 6.54 dribbles per 90. The player has also taken 25 touches inside the opposition’s penalty area and averages more than six touches per 90. Perisic has also made 23 recoveries along with 11 interceptions. The stats show that he is one of the most creative players in the Inter squad and always provides a threat from the left side. The team would require more contributions from the player when they meet Liverpool in the next round of the competition.