Inter Milan will enter the new season with their eyes set on the Serie A title and a better finish in the UEFA Champions League. Simone Inzaghi will be a bit disappointed after a second-place finish in the league last season. His team lost the title on the final day of the competition. This season, they haven’t made a lot of changes to the squad and signed only 3-4 players who could regularly feature in the team. Let us look at the players who could make it into the starting XI for Inter Milan this season.

Arturo Vidal, Alexis Sánchez, Matías Vecino, Ivan Perišić, Andrea Ranocchia, and Stefano Sensi will be the notable absentees from Inter’s squad this season. Perišić was the only player who featured in the side regularly last season. They have signed a few players to fill in the gaps left by these players. Romelu Lukaku returned from Chelsea on a loan spell. He was the main hero in their title-winning season. Goalkeeper Andre Onana and midfielder Henrikh Mkhitaryan joined the club on a free transfer. Kristjan Asllani arrived on a loan spell from Empoli, and Joaquin Correa’s loan move was made permanent. 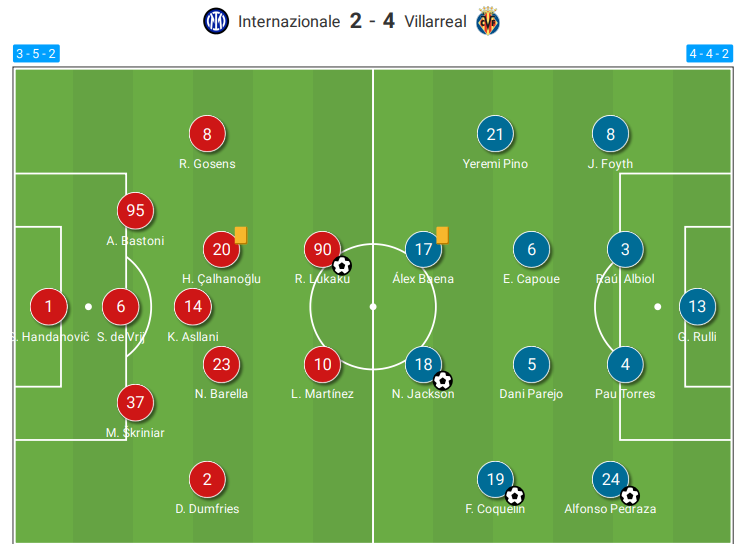 Inter Milan play in a 3-5-2 formation and will likely continue with the same formation in the upcoming season. They have a familiar centre-forward pairing this time. Lukaku and Lautaro Martínez will spearhead the attack, with Edin Džeko on the bench. These two front players have the speed and skills to score goals. They can pose a threat to any team in Europe. Correa is another option available to the manager. 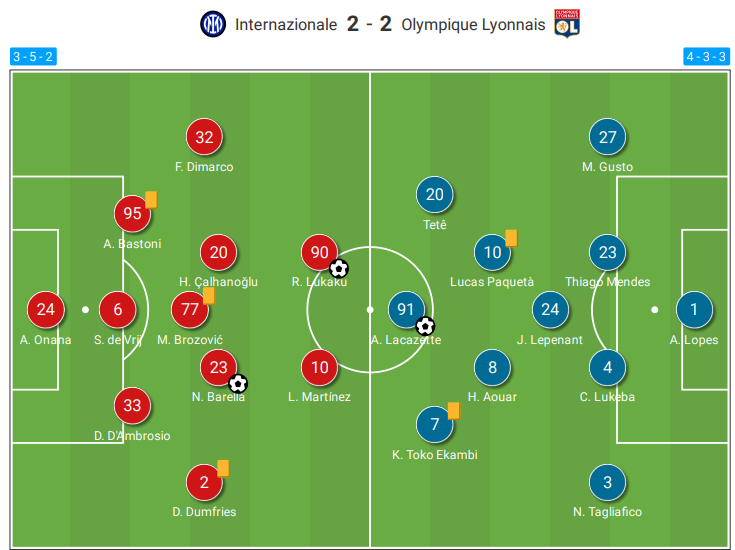 The midfield three will see familiar faces. Hakan Çalhanoğlu and Nicolo Barella are expected to start in the midfield, with Marcelo Brozović in the heart of the midfield. Çalhanoğlu is an attacking midfielder, and Barella is a box-to-box midfielder. Brozović will be the playmaker for the team. Asllani will be his replacement in the lineup. The other midfield options include Mkhitaryan and Roberto Gagliardini. 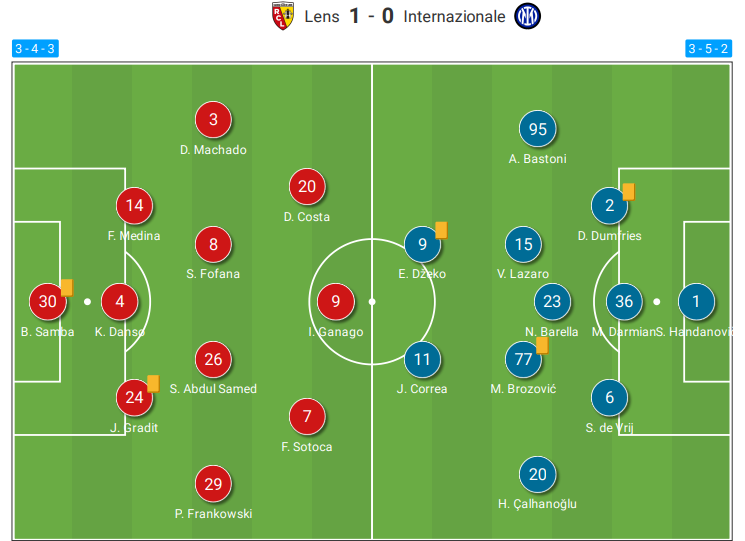 Inter Milan play with three centre-backs and two wing-backs. They were trying to sign a defender in the summer but failed to bring any new faces to the defence. The manager is likely to go with Allesandro Bastoni as the left centre-back, Stefan de Vrij as the centre-back, and Milan Škriniar will be the defensive wall on the right. Denzel Dumfries was linked with a move away from Inter, but the manager won’t let go of his first-choice right-wing-back. Federico Dimarco and Robin Gosens will fight each other to take the spot left by Perišić on the left side. Danilo D’Ambrosio and Matteo Darmian are the two other options available to the manager.

Inter Milan will go with their full-strength XI in the upcoming season. Lukaku’s signing will boost the confidence of the players. They will miss Perišić’s creativity from the left, but the other full-backs also possess the ability to deliver key passes. Inter Milan coach Simone Inzaghi will hope that his players respond well to the tactics and that Inter Milan play high-quality football.