Inter Milan lead the Serie A table and will play in the Round of 16 of the UEFA Champions League. They will face the 2018-19 season champions, Liverpool, in the next round of the competition. The Italian club is in pursuit of improving their attacking options and wants to sign some players in the current transfer window or the summer. Ivan Perisic, who has featured in the left wing-back position this season, is on the radar of many clubs. Inter have identified the Atalanta duo of Duvan Zapata and Robin Gosens as their primary targets. 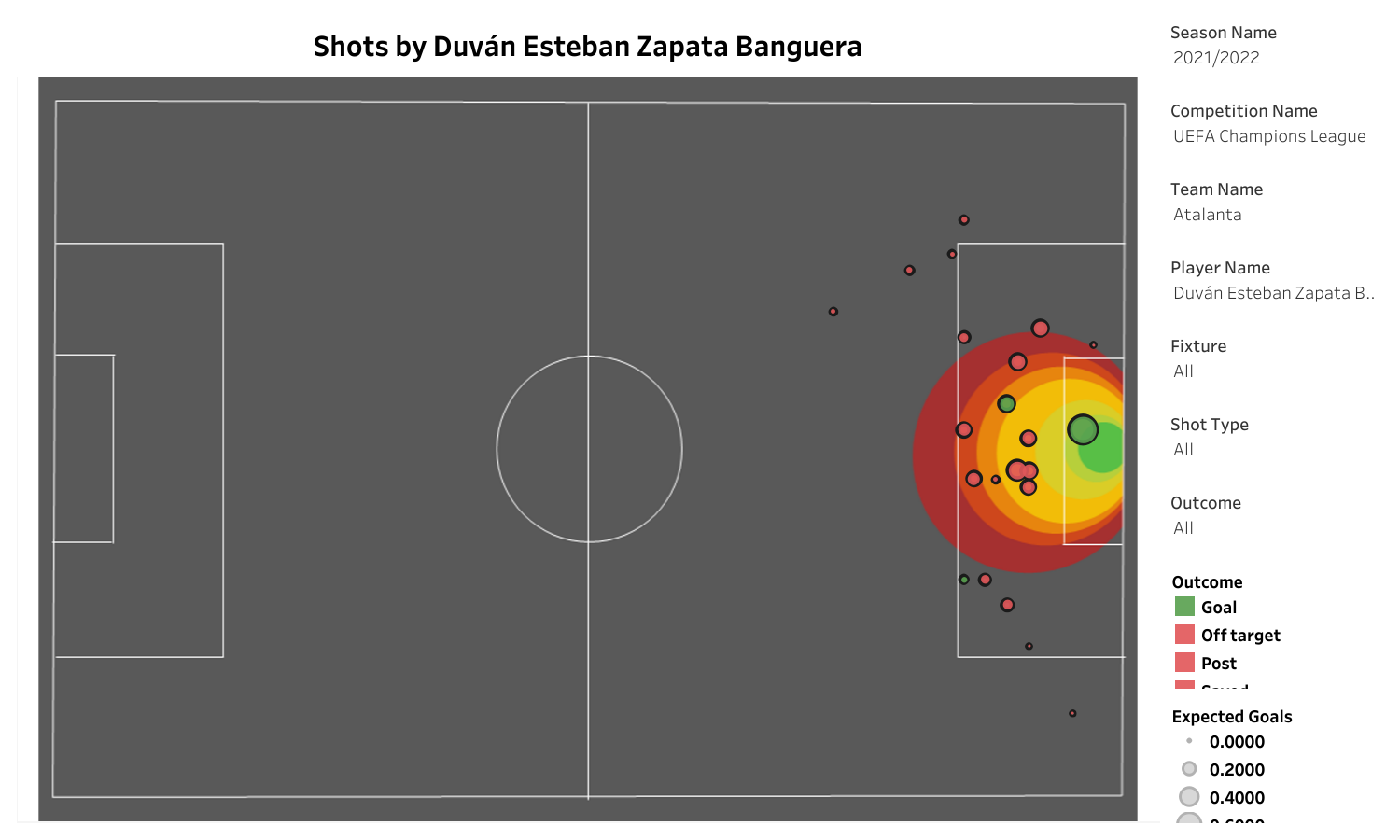 Duvan Zapata has featured in all the six Champions League games for Atalanta this season. The Colombian international has three goals and three assists to his name. The above shot map shows all the 22 shots attempted by the forward. Zapata managed to hit the target seven times with a shot accuracy rate of 31.82%. He attempted 17 shots from inside the opposition’s penalty box, and all the goals were scored from inside the box. His overall xG this season has been 2.89. 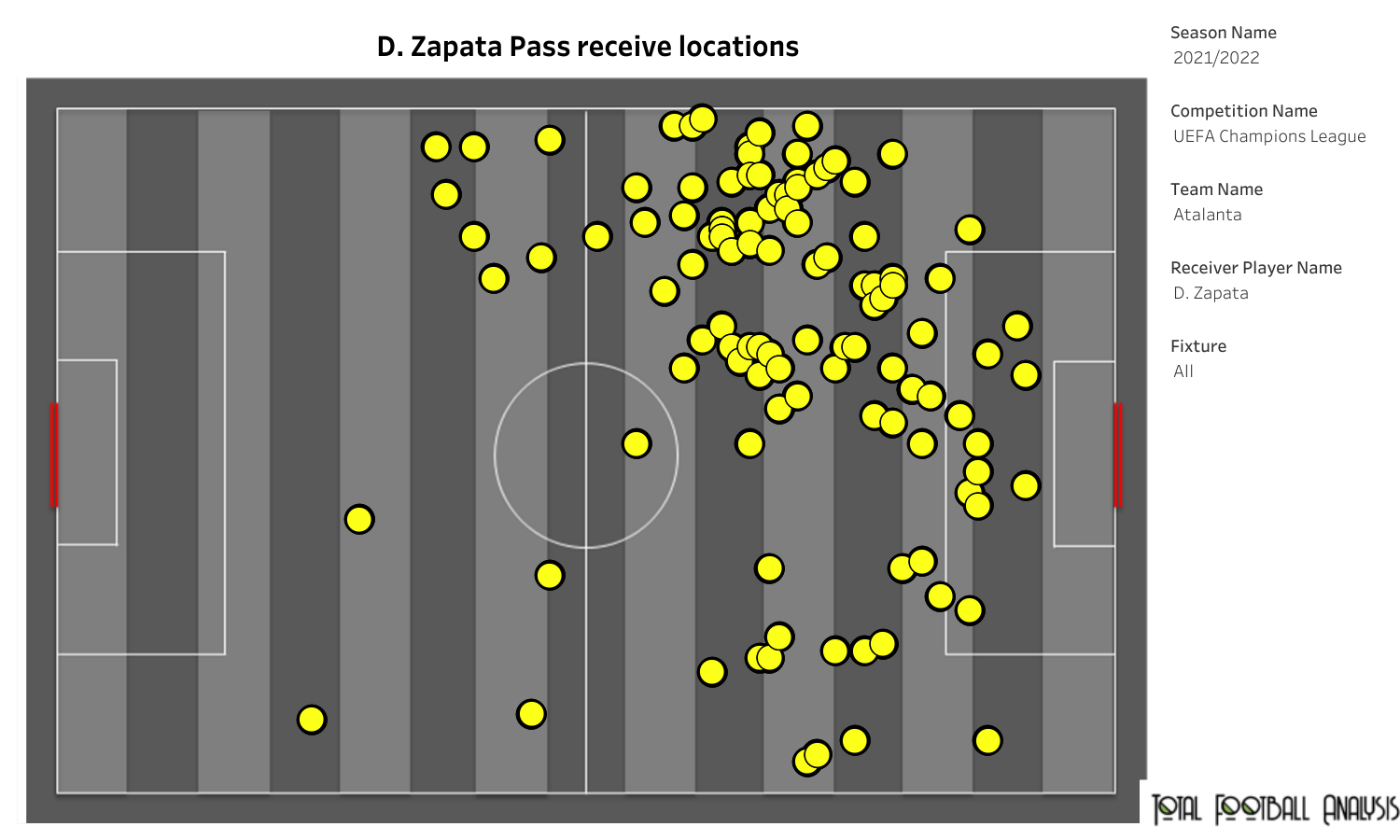 The above map shows all the pass receiving locations for Zapata. He averaged a position towards the left side and has received a lot of passes in the left midfield position. Zapata has tried to cut inside and doesn’t like to go towards the corner flag. He has received 12 passes inside the opposition’s penalty box. Zapata has taken 40 touches inside the opposition’s penalty box and is ranked high among the other forwards in the Champions League this season. 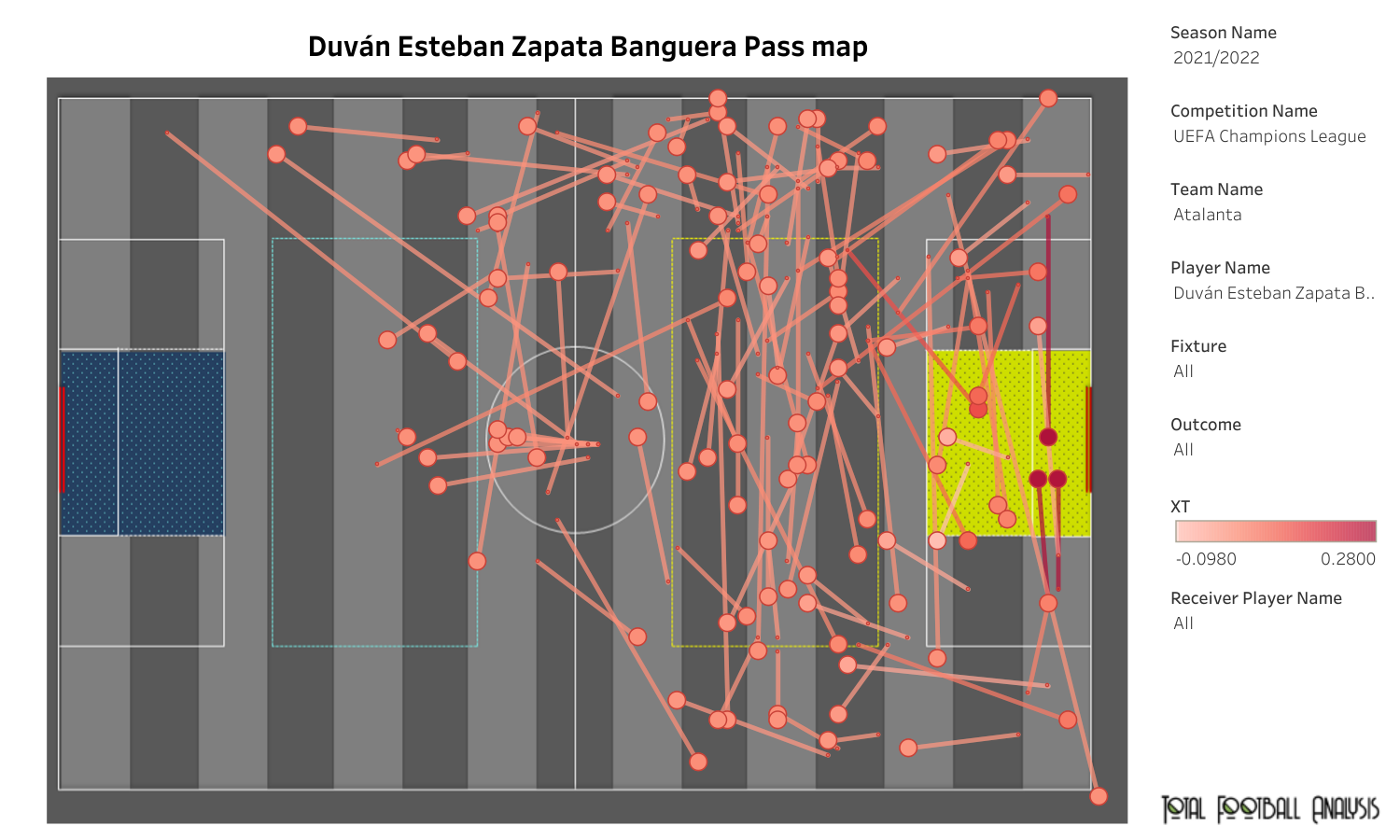 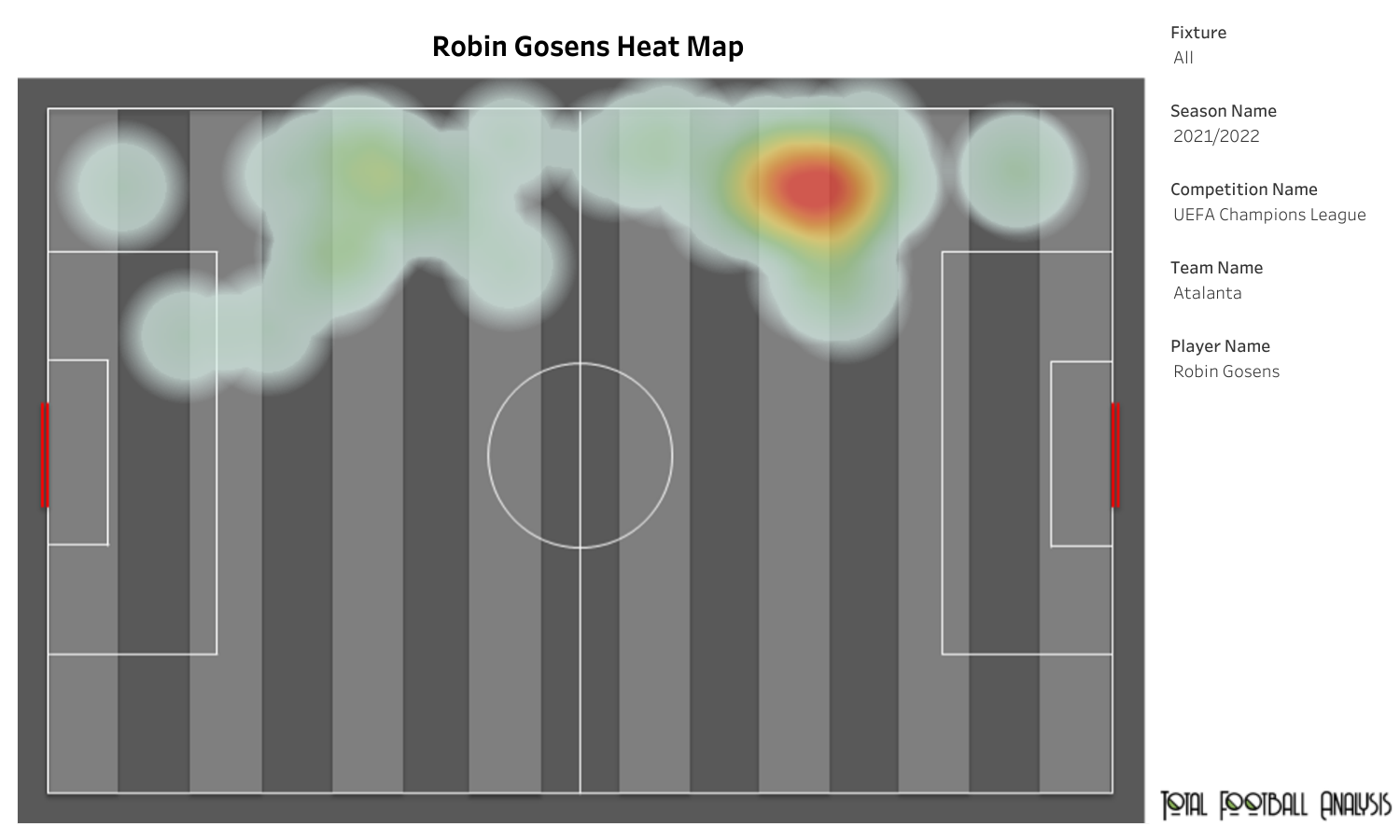 One of the primary targets that Inter Milan have identified is German left-wing back Robin Gosens. He got injured against Young Boys in September and hasn’t featured since then. He made a great start to his Champions League campaign by scoring a goal in the opening fixture against Villareal. The heatmap of the player shows that he likes to attack, and his average position is inside the opposition box. He attempted three shots and managed to hit the target twice. The German international took three touches inside the opposition’s penalty box and made two recoveries inside the opposition box.

Inter Milan are also linked with Romelu Lukaku, who himself wants a move to the Italian giants. The club is also looking for other options that could save them some money and improve their attack. Ivan Perisic is likely to move away from San Siro, and Inter will have to buy a wing-back in his place. Gosens and Zapata form a good partnership towards the left side, and Inter will look to sign the duo in the transfer window.