Inter Milan striker is on the transfer list of some of the top European clubs in the summer. The Argentine is rated as one of the best young strikers and has impressed on the domestic as well as the international stage. Last year’s UEFA Champions League finalists, Manchester City, are also keen on bringing the striker to the Etihad. Inter Milan have also identified Manchester City’s Brazilian striker Gabriel Jesus as one of their top priorities to sign in the summer. The player could be a part of the transfer deal in case Martinez completes a move to Manchester City.

Gabriel Jesus is the only striker on City’s side, but the Brazilian has struggled to cement his place in the side. He has made 20 appearances in 27 matches in the English Premier League, five of them from off the bench. Other than this, he has made four appearances in the UEFA Champions League, all of them after coming off the bench. 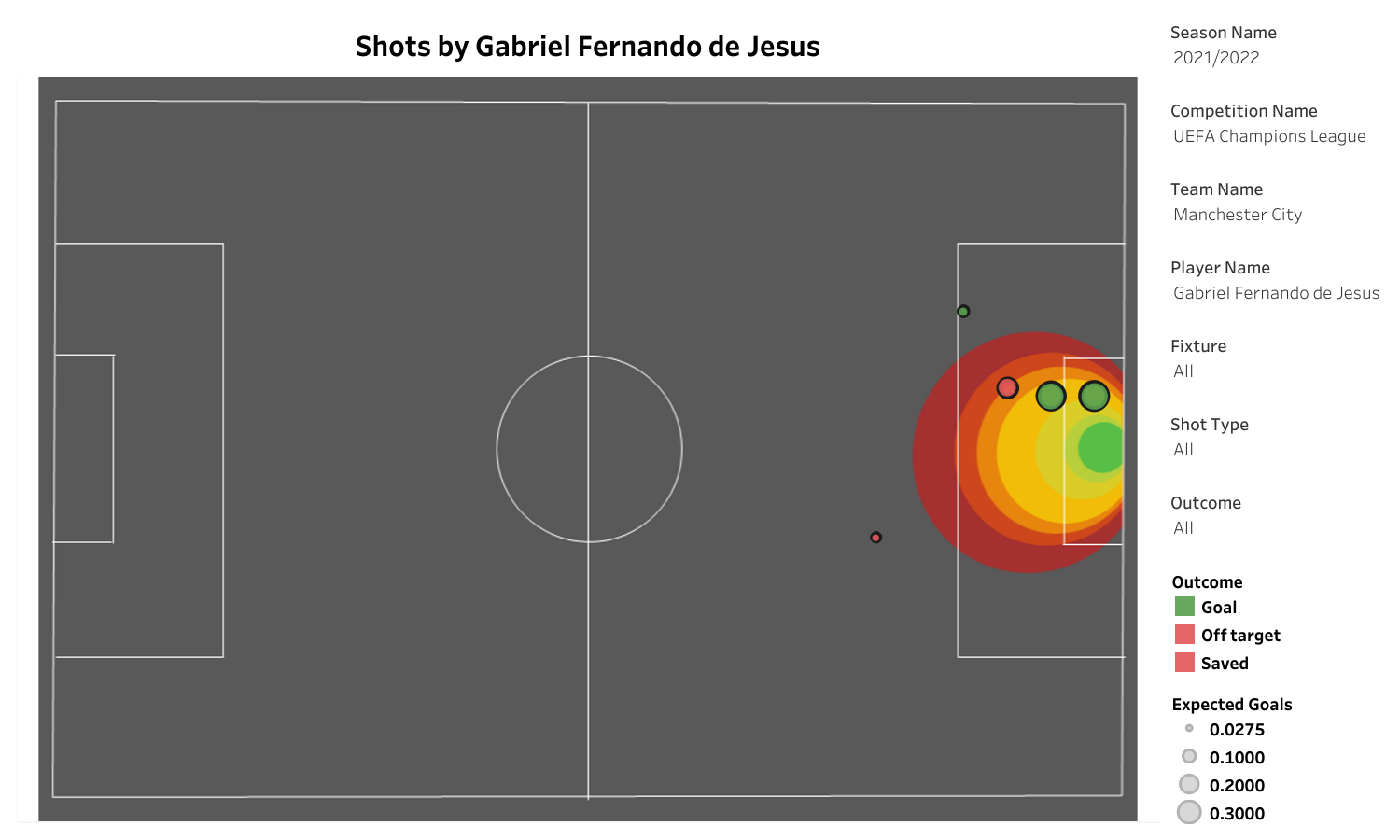 The 24-year-old striker has spent 96 minutes on the pitch in the UEFA Champions League and has been the super-sub for Per Guardiola. He has scored three goals and has an assist to his name in four matches. The Brazilian was the key player behind Manchester City’s win over PSG at the Etihad Stadium. From the above shot map, we can observe that Gabriel Jesus attempted five shots, and three were on target, with an expected goal rate of 1.3. He has also had seven touches inside the opposition’s penalty box. 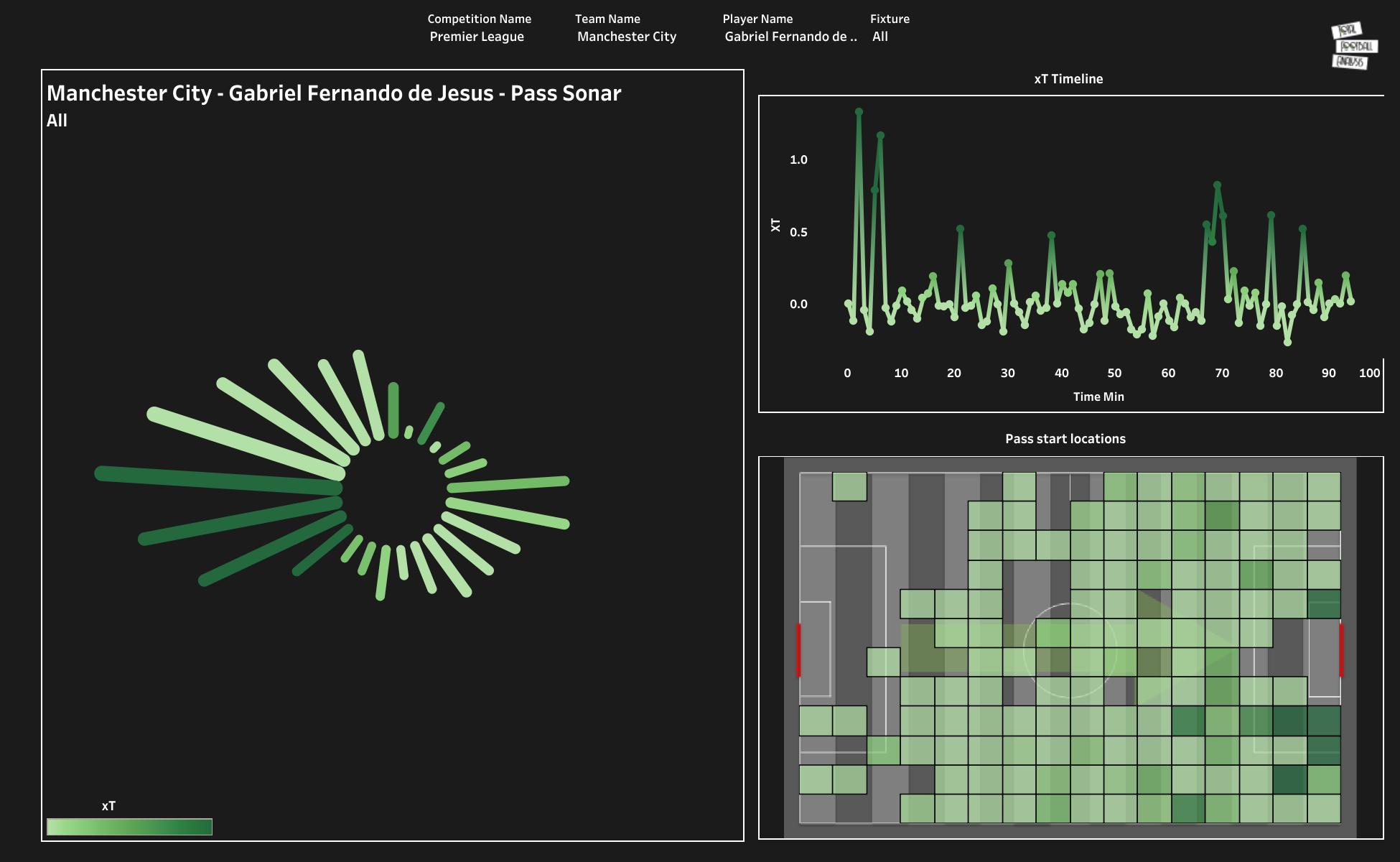 Gabriel Jesus has not only scored goals this season, but his passing has also been effective. The Brazilian is the top assist provider for Manchester City in the English Premier League. Jesus has seven assists and two goals to his name in the league. He has featured mostly on the right side this season. The above map shows the pass start location as well as the xT timeline. Gabriel Jesus creates an early threat for his side, and this can be observed by looking at the xT timeline. The greatest threat is created by the passes attempted from inside the opposition’s penalty box. He has taken 97 touches inside the opposition’s penalty box, and 11 of them were against Norwich City in the second match of the season. 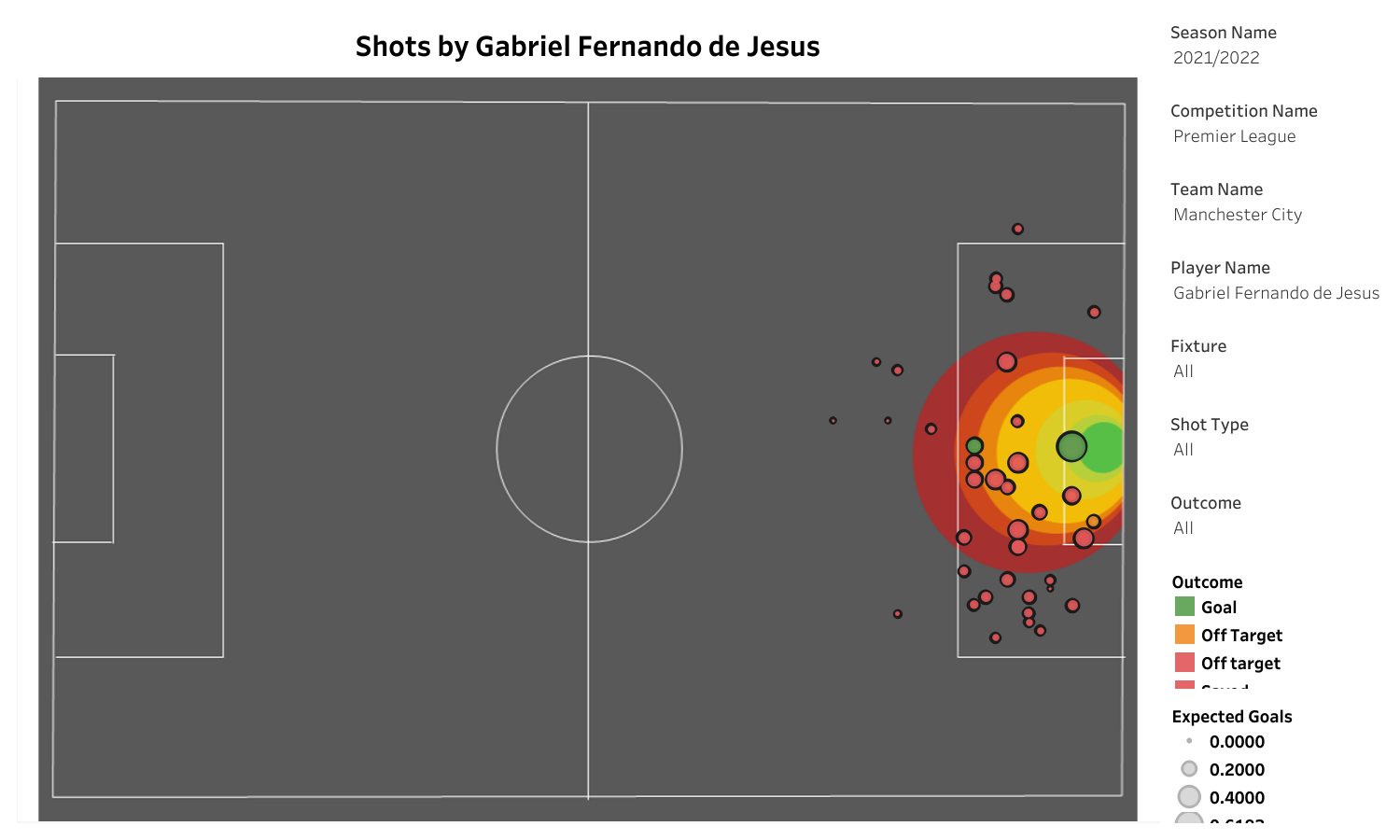 Gabriel Jesus is into the last 16 months of his contract at the English club. With Manchester City keen on bringing Lautaro Martinez to the Etihad, Jesus could be on the move to the Italian club as a part of the exchange deal. The Italians are big fans of the striker, who is struggling for playing time. This move could guarantee him more minutes on the pitch, and the striker could be on the move away from the Etihad.