Inter Milan conceded two late goals against Liverpool in the first leg of the Round-of-16 of the UEFA Champions League. The Italian side created a lot of chances in the game but were unable to hit the target in the match. Edin Dzeko and Lautaro Martinez are the two preferred strikers for Inter Milan. These two players were unable to create an impact against Liverpool and failed to score a goal. Edin Dzeko has scored three goals, and Lautaro Martinez is yet to open his goal-scoring account. These two players will play a crucial role in the second leg against the same opponents and have to score a goal to ensure qualification for the next round. 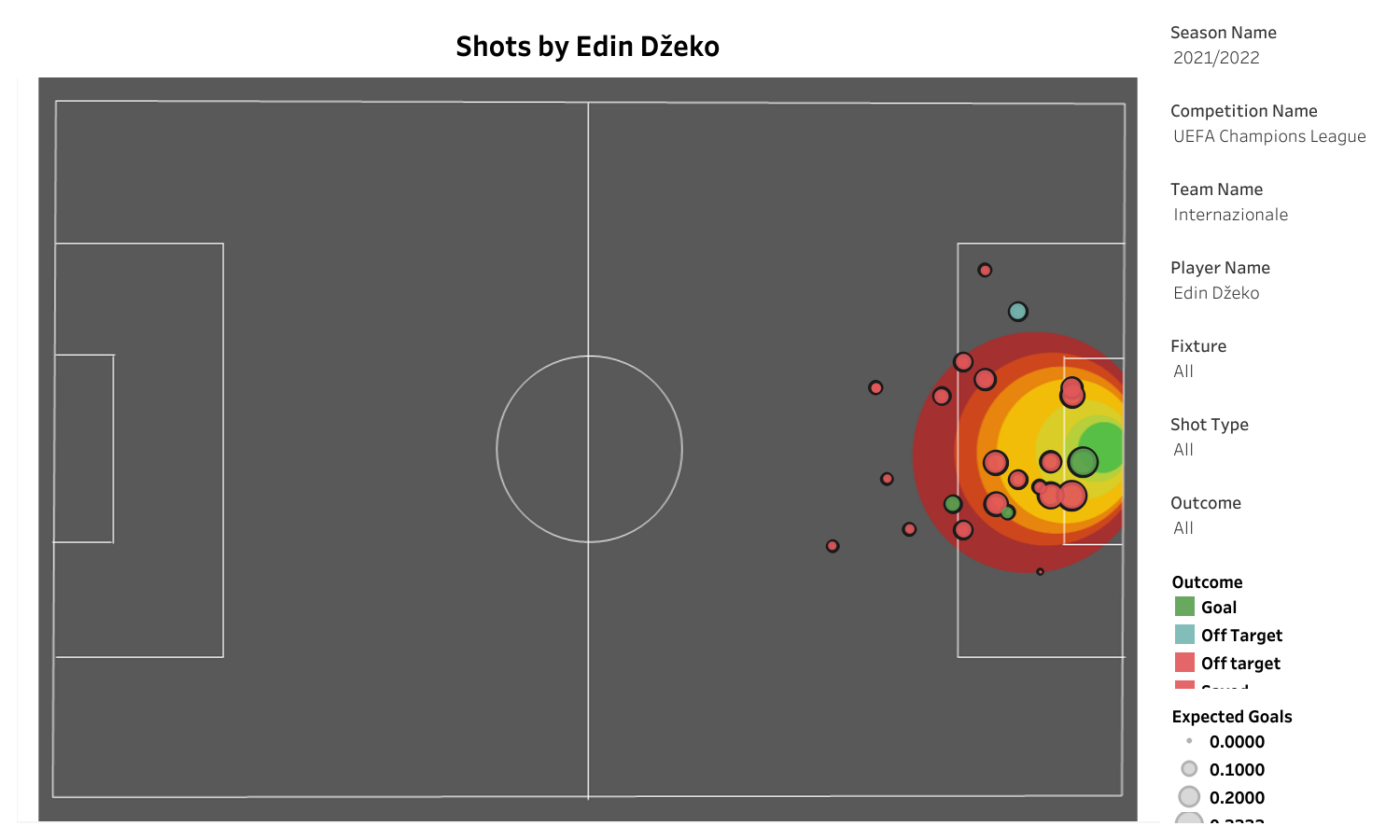 Edin Dzeko has featured in seven UEFA Champions League matches for Inter Milan. He has scored three goals, two of which were against Shakhtar Donetsk. His overall xG rate this season is 3.55. The above viz shows all the 24 shots attempted by Edin Dzeko this season. Of his 24 shots, 12 were on target, with a high accuracy rate of 50%. Most of the shots have been attempted from inside the penalty box. Against Liverpool, Dzeko only attempted one shot, and that too was off target. Dzeko has also taken 28 touches inside the opposition’s penalty box, and he averages more than four touches per 90 minutes. 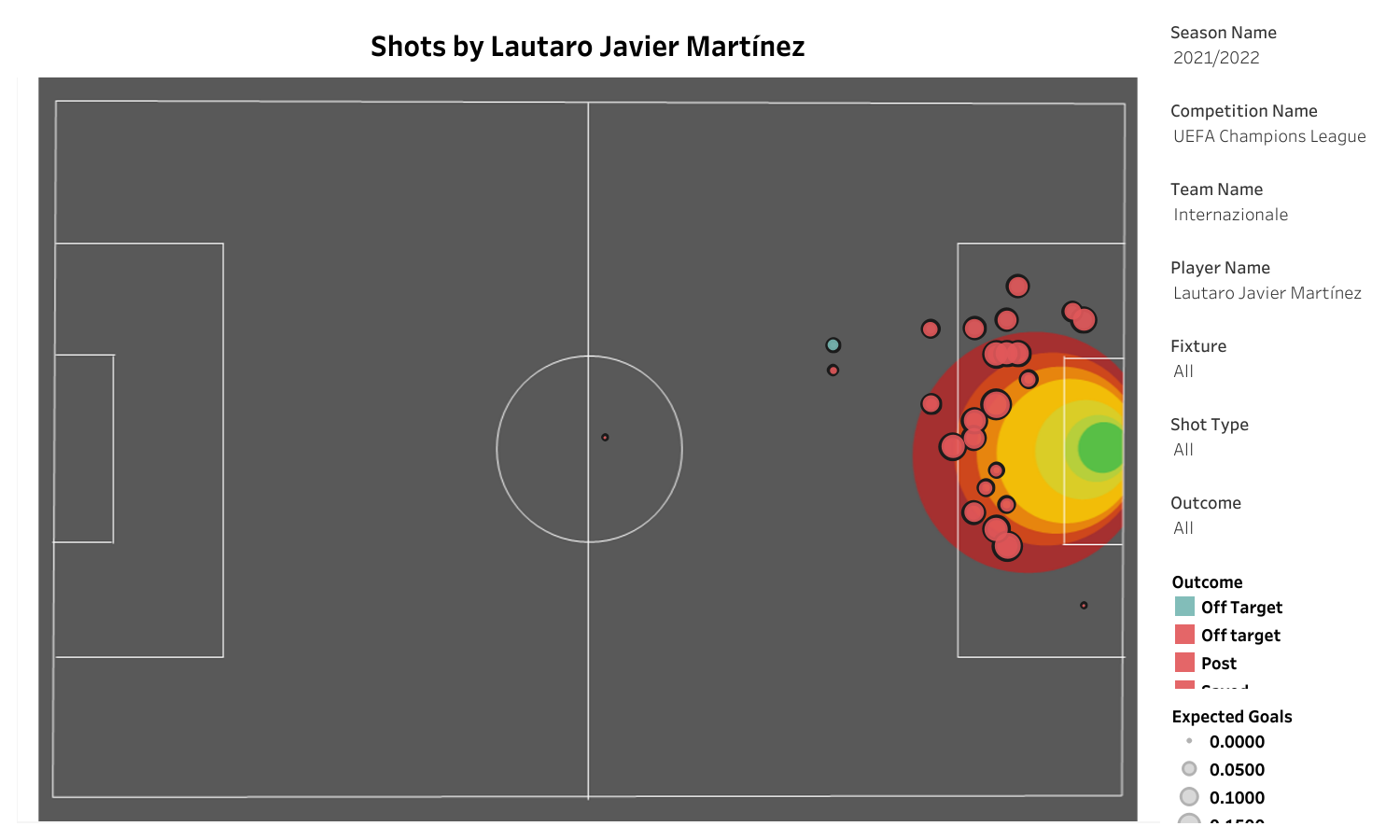 Lautaro Martinez has also featured in every UEFA Champions League game for Inter Milan this season. He has attempted 25 shots and managed to hit the target seven times with an xG rate of 2.84. Most of the shots have been attempted from inside the opposition’s penalty box. He has taken 35 touches inside the opposition’s penalty box but has struggled to find the back of the net in the Champions League. 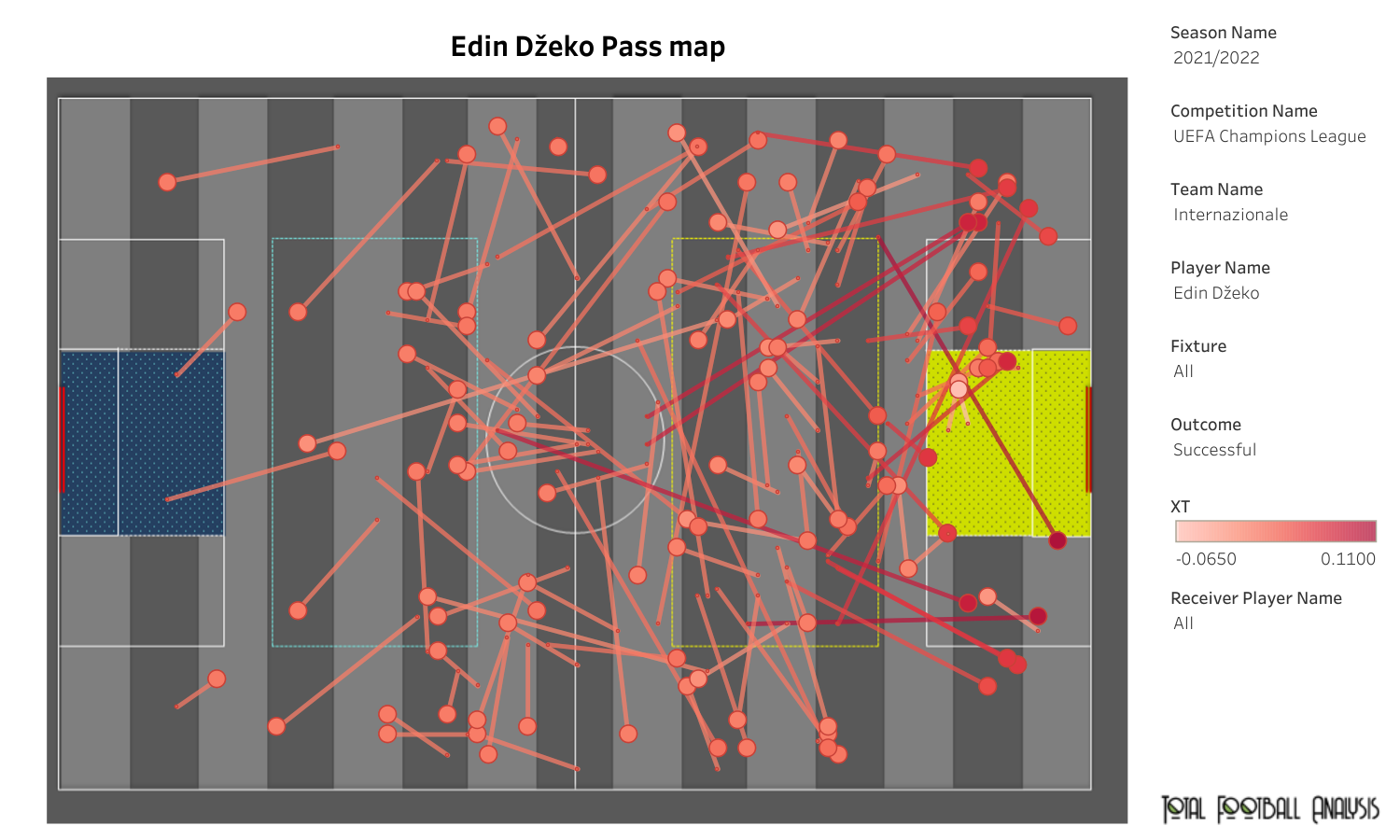 Edin Dzeko has also provided an assist this season. The above viz shows all the successful passes delivered by the player. Dzeko averages around 25 passes per 90 minutes with a 75% success rate. The striker averages around one key pass per match. Dzeko has been their top performer in front of the goal in the Champions League and will be looking to add more goals to his tally.

Lautaro Martinez is the top goal-scorer for Inter Milan in Serie A with 11 goals. Edin Dzeko is just behind him on ten goals. Martinez is yet to find the back of the net and will look to end his drought this season. Former Manchester City man, Edin Dzeko, will also play a crucial role in the reverse fixture between the two teams. The manager will expect some good performances on the pitch.