David Luiz could once again return to European football after some teams are interested in signing the defender for a short spell. He plays for Brazilian side Flamingo and recent rumours state that the player was offered to Italian giants, Inter Milan. Inter aim to get back the Serie A title from their arch-rivals and perform well in the UEFA Champions League. They need players who have a winner’s mentality and can solidify their bench. David Luiz has played for Chelsea, PSG, Arsenal, and Benfica. He was one of the best ball-playing centre-backs in modern football. His last season in Europe was the English Premier League 2020/21 season, where he made 20 league appearances for the Gunners. 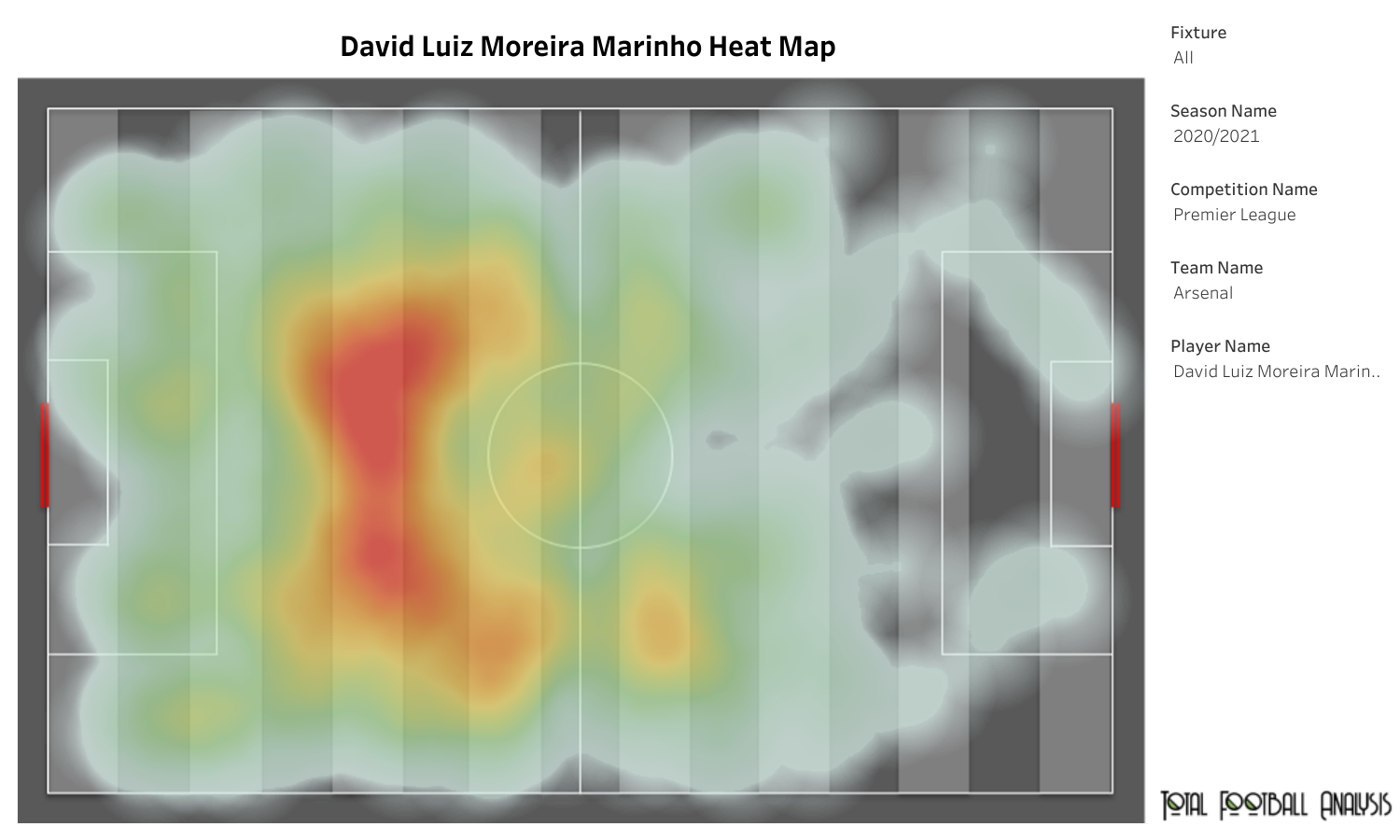 Luiz can play as a centre-back on both sides. He is a right-footed defender but can use his left foot too. The above viz shows the heat map of the player from his 20 league appearances in the 2020/21 season. The defender scored a goal and covered the defensive third and the middle third. He likes to join the attack and can also attempt a few shots from a long distance. 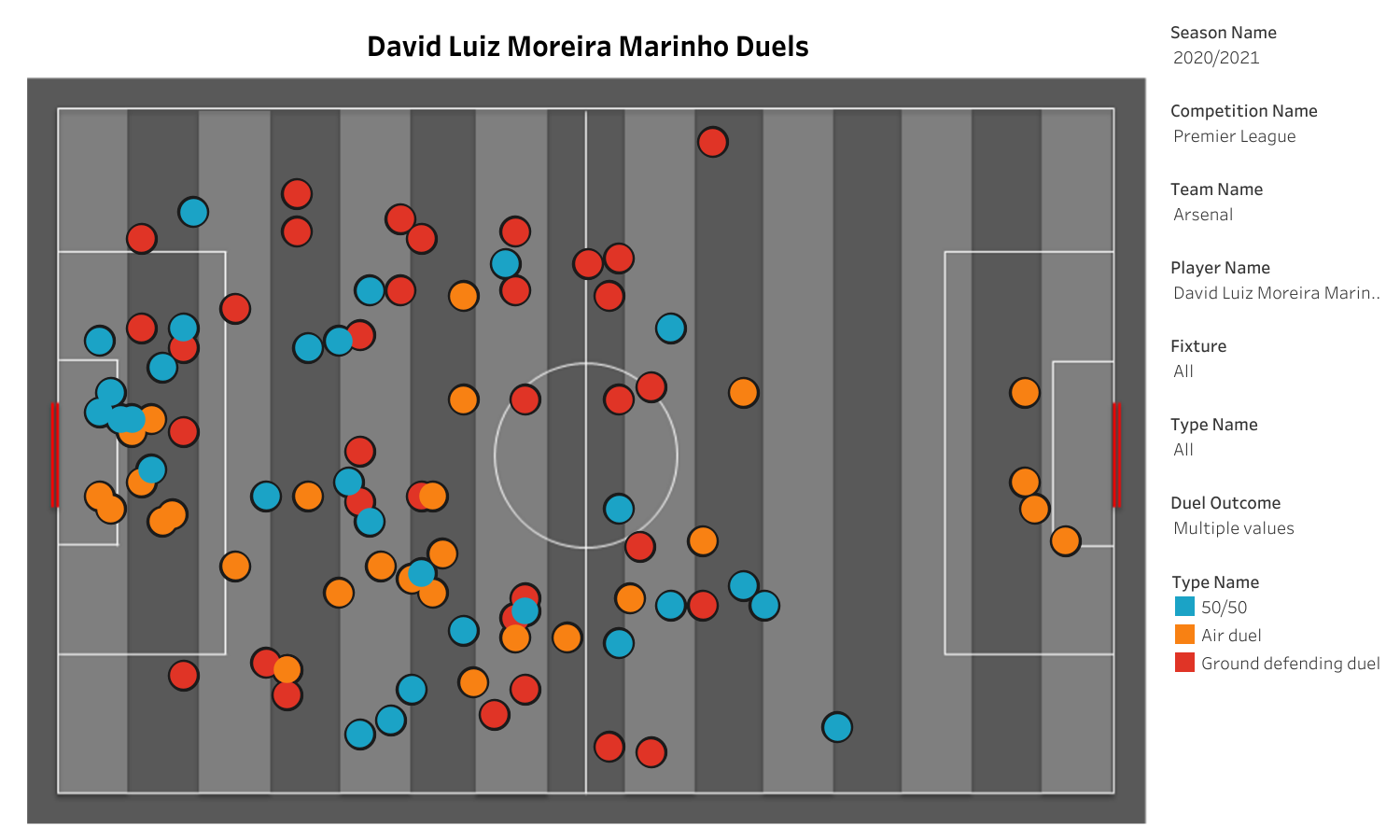 Luiz was involved in a few defensive actions. He contested 7.4 defensive actions per 90 minutes and had a high success rate of 86.4%. The above viz shows all the duels that were won or ended in a neutral result for the player. He won a few aerial, defensive and loose ball duels to defend his side. Luiz can leap over defenders and score goals with his head. He won a few aerial duels inside the opposition’s penalty box. 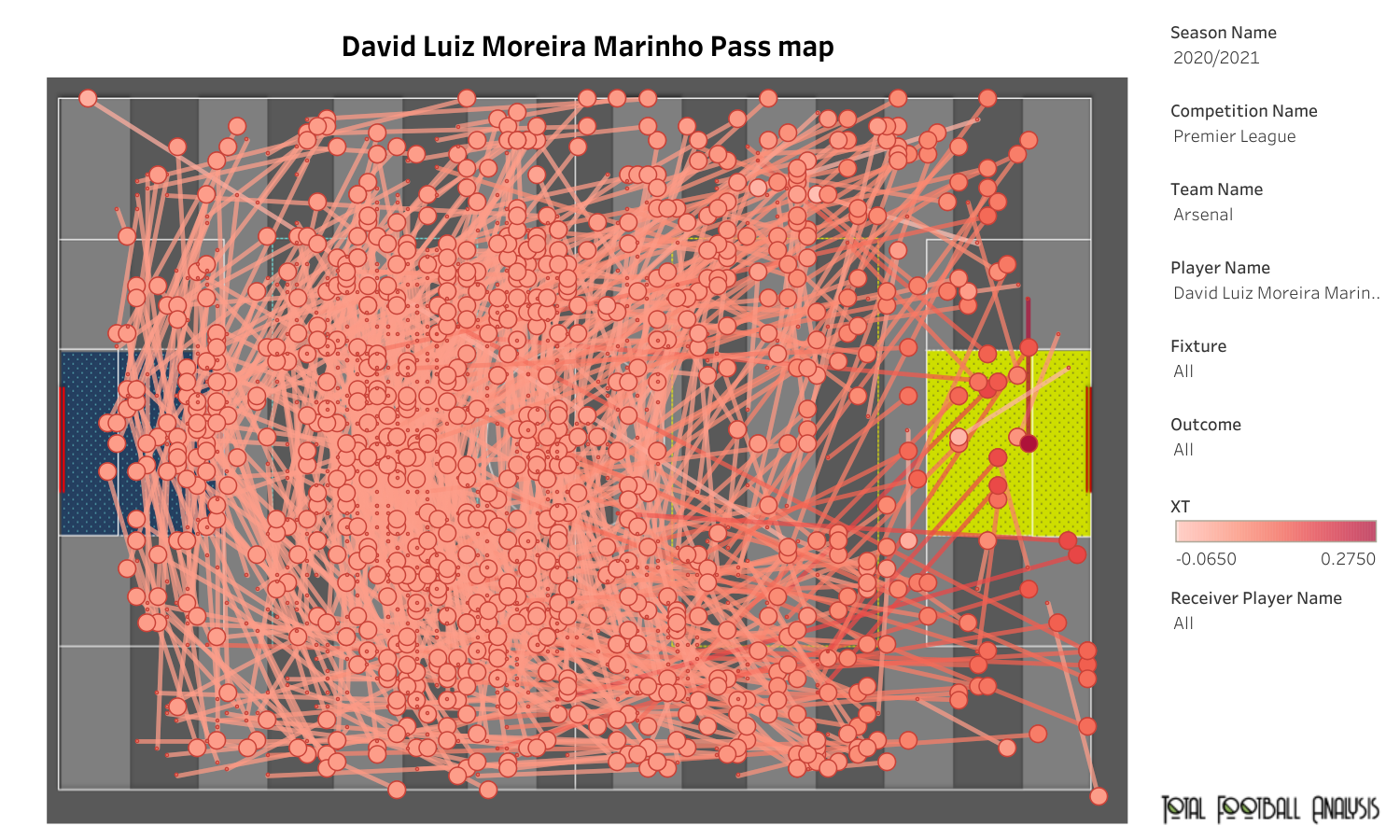 Luiz averaged 55.02 passes per 90 minutes with an accuracy rate of 86.5%. The above pass map shows all the passes that were attempted by the Brazilian. The 55 passes attempted per 90 minutes included 21.5 forward passes. By looking at the above viz, we can observe that a lot of passes were attempted from a deep position into the final third of the opposition. This shows that the player can be creative and provide assists when needed. 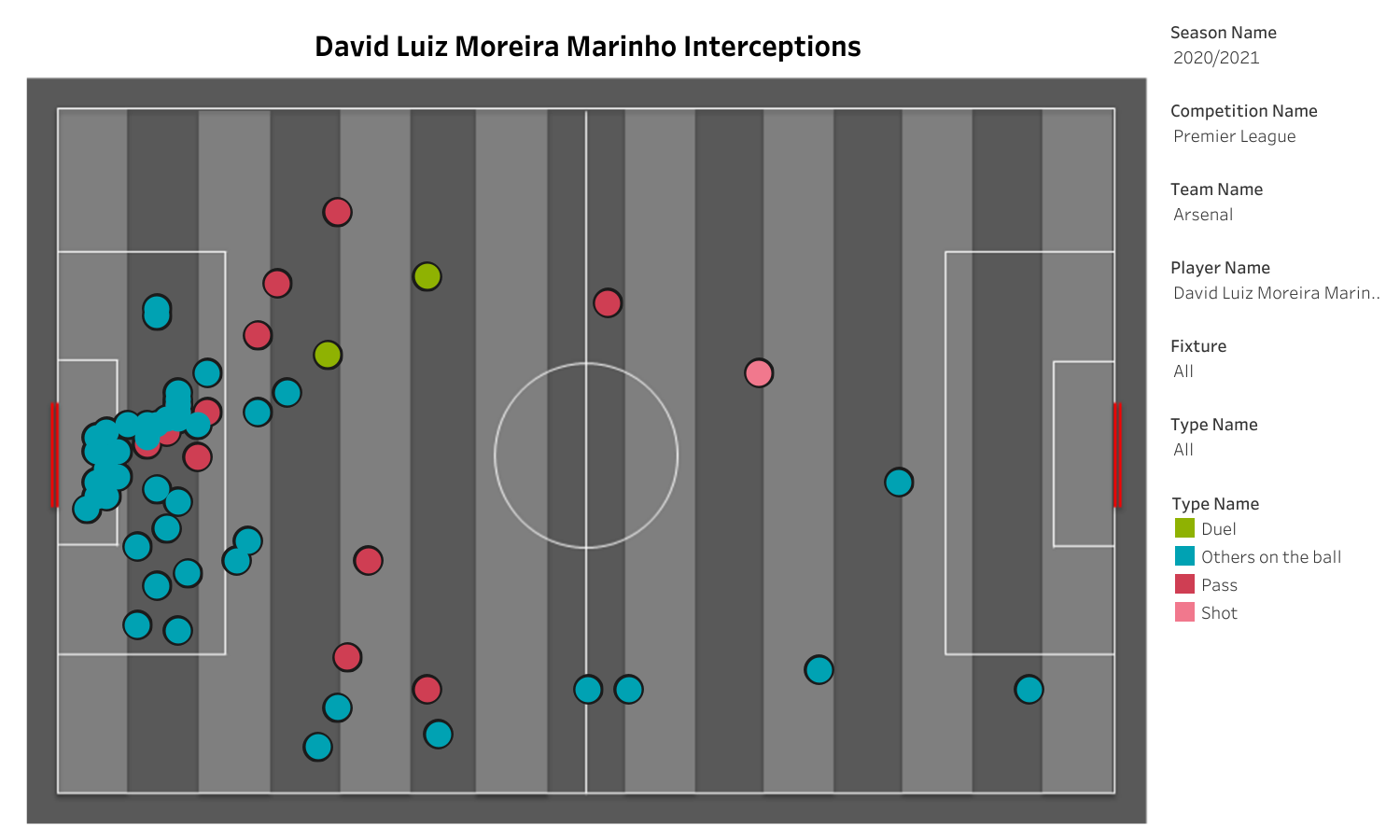 Luiz can also intercept passes to stop the opposition from attacking. The player averaged four interceptions per 90 minutes. He made most of the interceptions when other players were on the ball, followed by a few intercepted passes.

The defender has won a few domestic league titles along with UEFA Champions League. He could add a lot of experience to Inter’s defensive line. David Luiz can also create some goals and score long-range shots. Inter could get him at a very low price to solidify their bench.