In the UEFA Champions League 2021/22 Round of 16 matches, Group-D runners-up Inter Milan will host Group-B winners Liverpool at San Siro. The hosts are attempting to win their fourth European title, while their opponents are attempting to win their seventh. Jurgen Klopp’s men finished the group stage with a 100% record, and they will look to carry their momentum into this match. 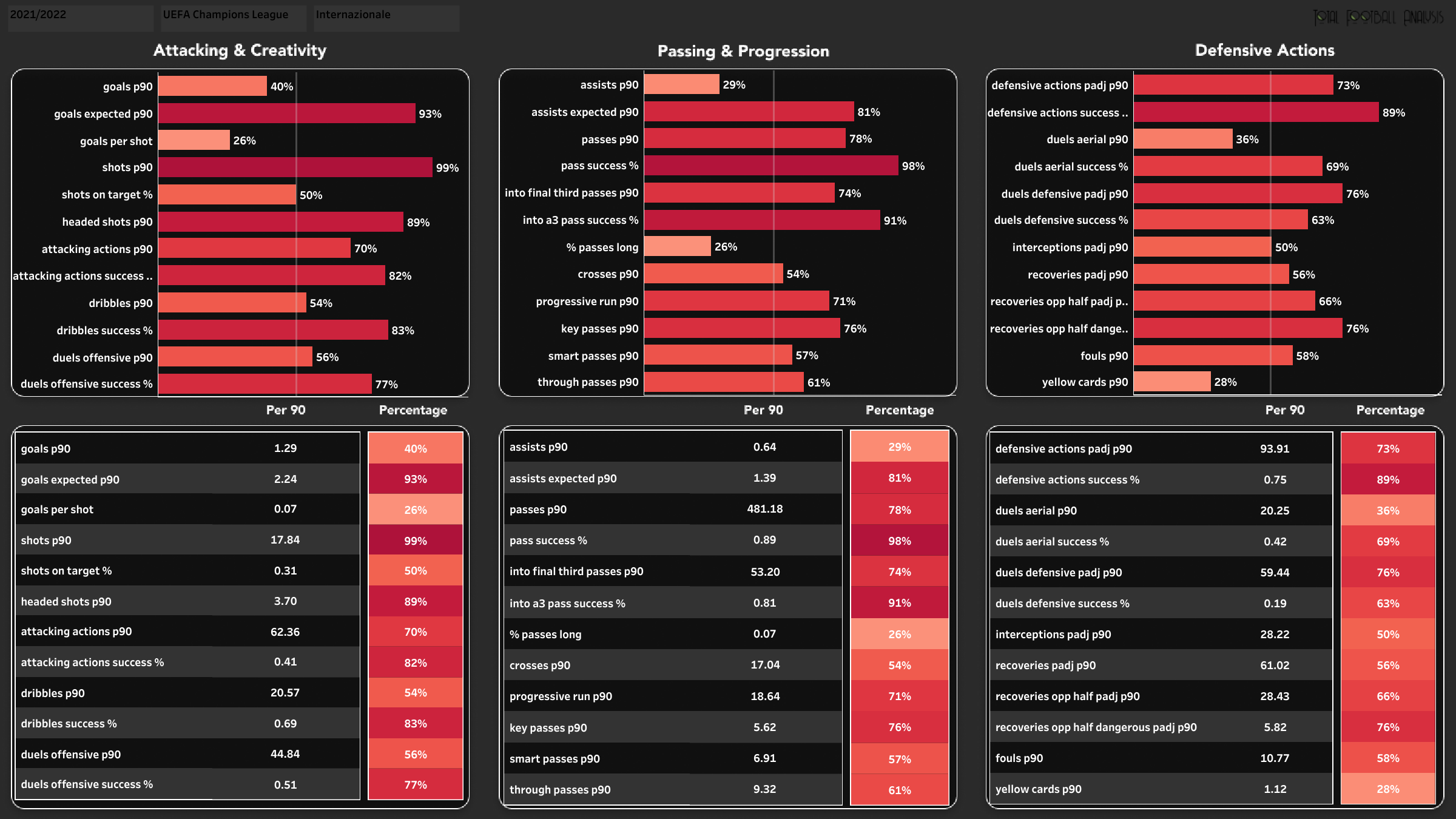 Inter Milan won three, lost two, and drew one match in the group stage. The Nerazzurri scored eight goals and had the fourth-highest xG rate of 13.96. Inter’s defense conceded five goals and kept two clean sheets. When looking at the above chart, the general rule is that the longer the bar, the better the performance — you can see the league average in the middle, and the % is the percentile rank the player is in. Inter Milan have attempted the most shots in the Champions League so far. Simone Inzaghi’s team attempted 111 shots and averaged more than 17 shots per 90 minutes. However, the shot accuracy is less as only 37 shots have been on target. The home team players possess aerial threats and average around four aerial shots per 90 minutes. Inter’s passing accuracy is high, especially the passes into the attacking third. Defensively, Inzaghi’s men have performed well and have a high defensive action success rate amongst other teams in the Champions League. 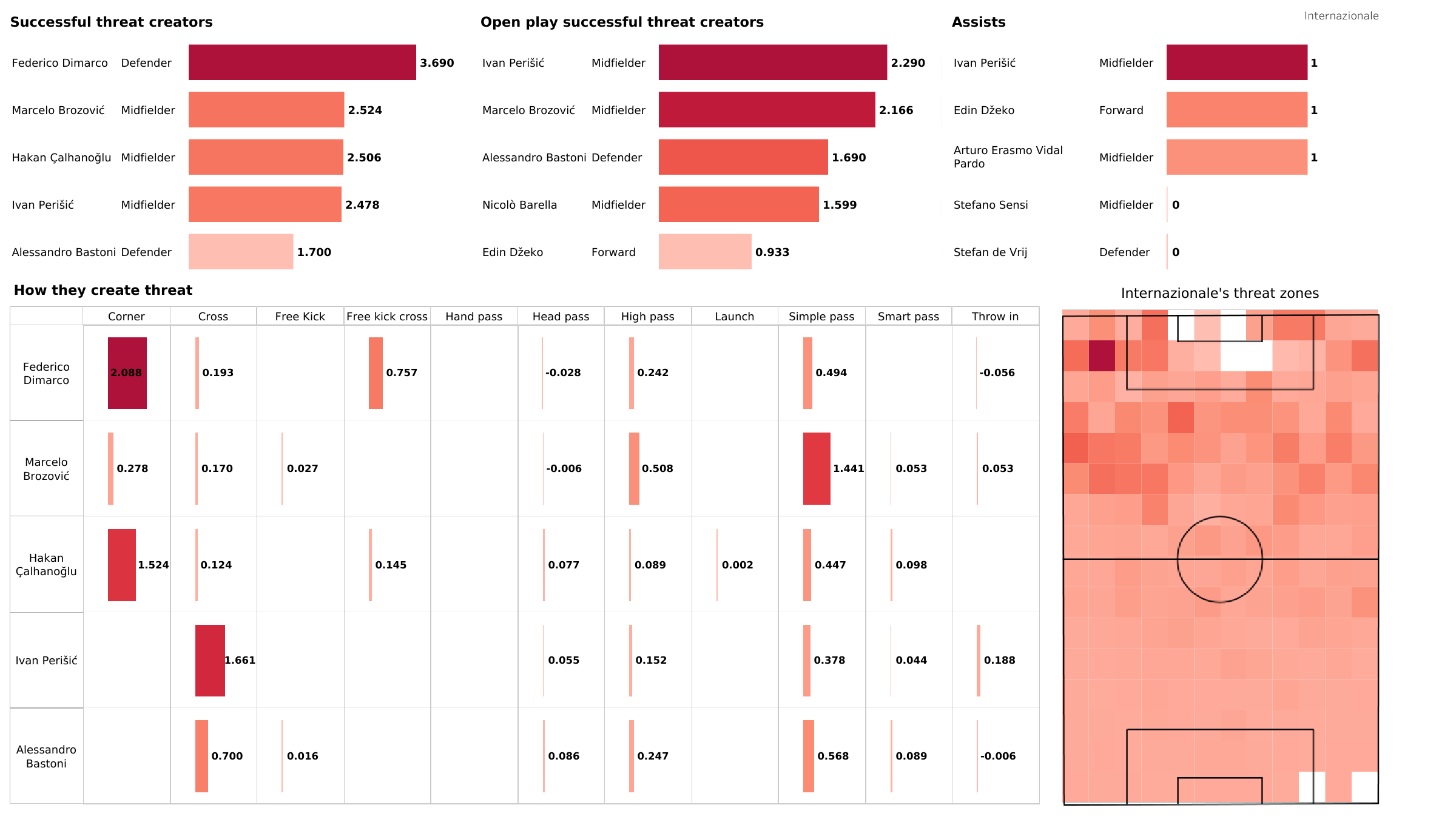 Inter Milan are expected to start in a 3-5-2 formation, with Edin Dzeko and Lautaro Martinez leading the line for the home team. Nicolo Barella is suspended for both fixtures. Joaquin Correa and Robin Gosens are also out due to injury. 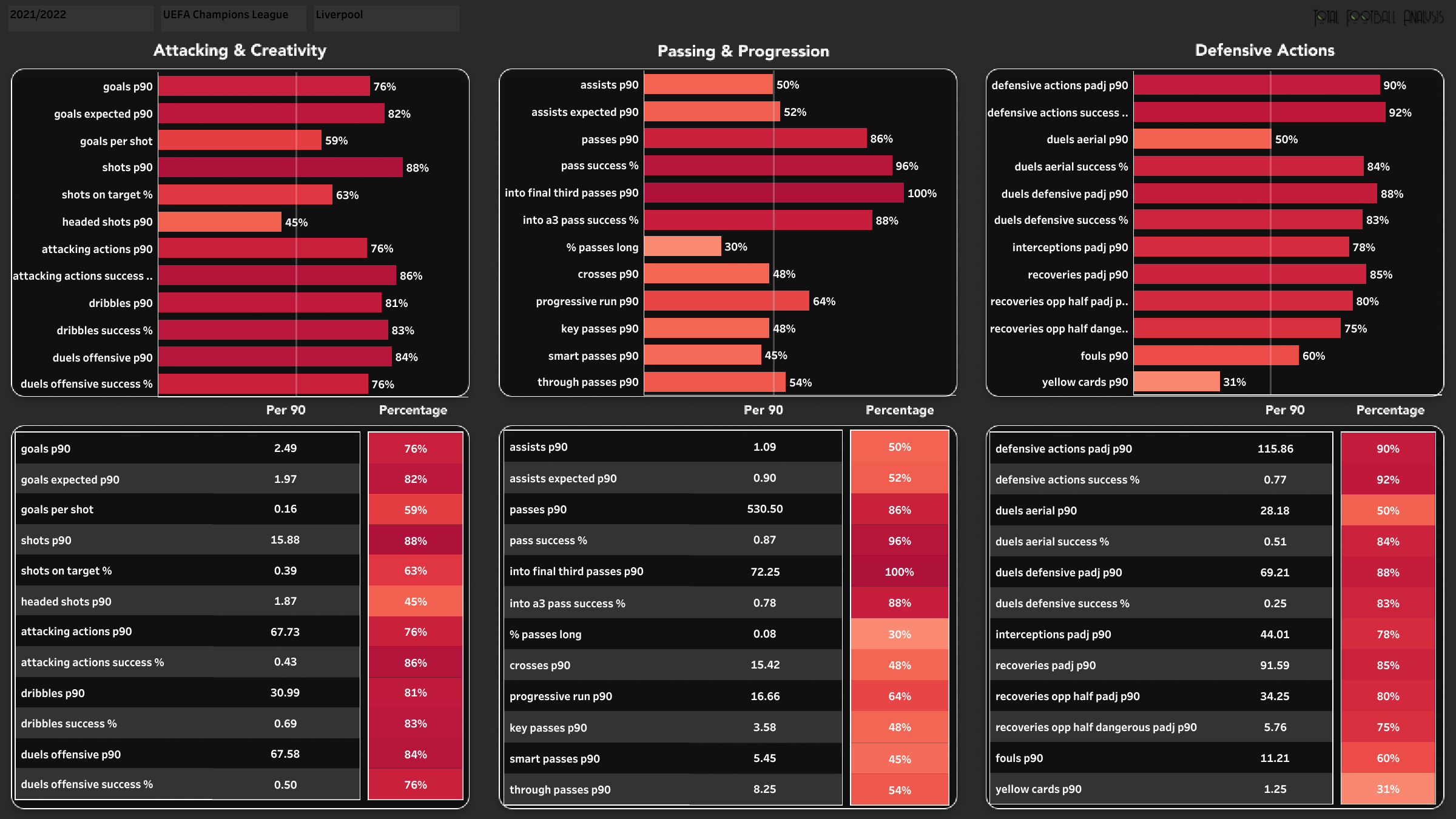 Liverpool dominated their group and finished with six wins. The Reds scored 17 goals and conceded six. The overall xG rate of the team was 12.68. Liverpool have a high percentile rank in the attacking and creativity areas. The Reds average more than two goals per 90 with a high xG rate of 1.97 xG per 90. Klopp’s men attempted 102 shots, with 45 shots on target. Liverpool players have a high pass accuracy rate and have attempted the highest number of passes into the attacking third. Defensively, the defensive action success rate is high, and the Reds are ranked highly amongst other teams in the league. 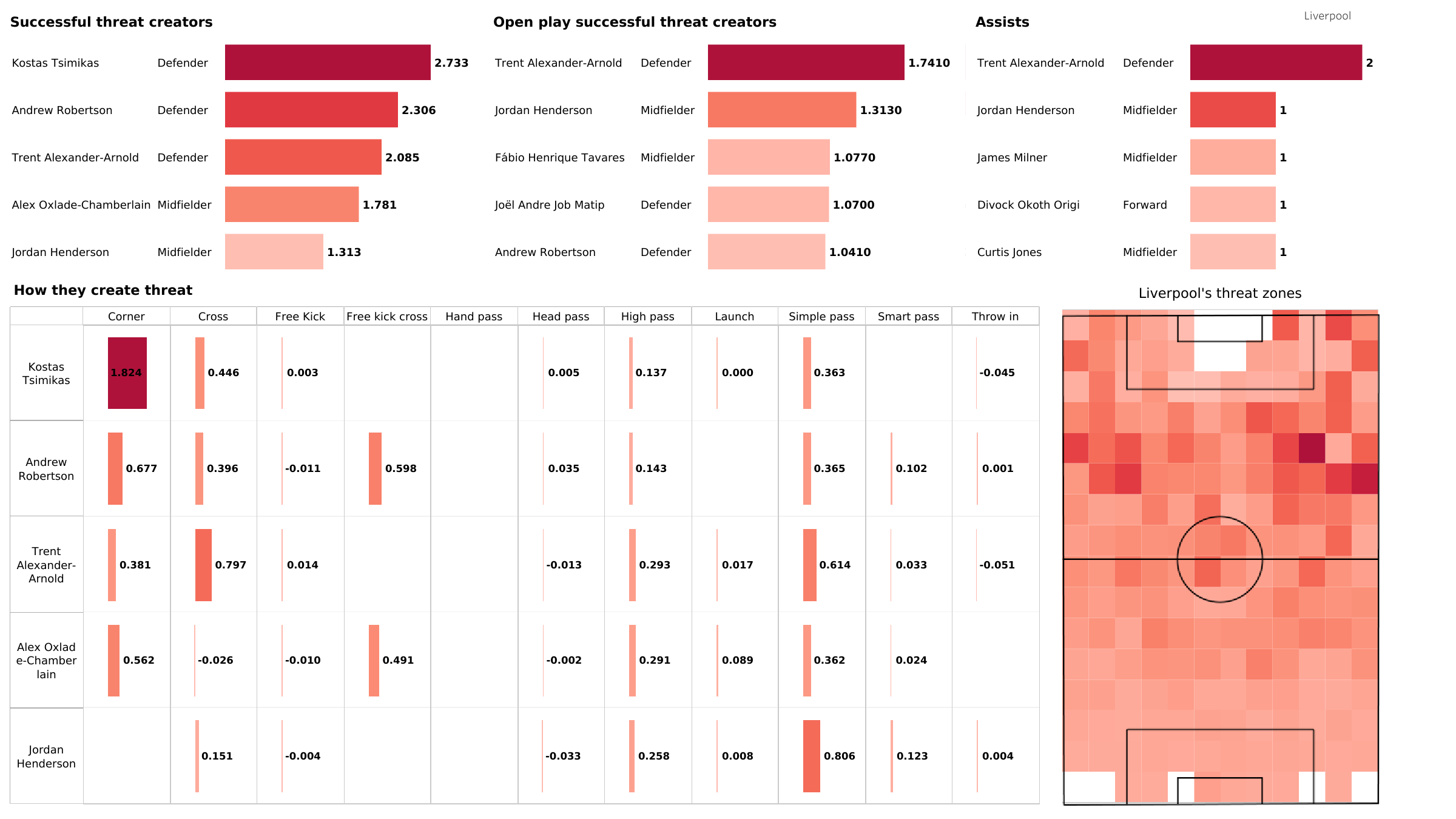 Liverpool players have created threats from the wide sides. Mohamed Salah and Trent Alexander-Arnold have formed a partnership on the right side and will pose a threat towards the opposition goal. Kostas Tsimikas, who featured previously in the absence of Andy Robertson, will miss this match once again. Trent Arnold has provided two assists this season, and the player is also active on set-piece duties.

Mo Salah has scored seven goals in the Champions League. He will be their main threat going into this match. Club captain Jordan Henderson has been declared fit and could start this match. Diogo Jota is also expected to start in place of Roberto Firmino.

Inter Milan will face a tough test when they face a very attacking Liverpool side. Both teams are very attacking, and the match could see a lot of goals.