Inter Milan are one of the teams interested in signing Chelsea’s young defender Trevoh Chalobah on a season-long loan. The 23-year-old Englishman is not in Thomas Tuchel’s plans this season, and the German manager wants to send him out on a loan spell so that he can get more minutes on the pitch. Inter Milan have been searching for defenders since the start of the transfer window but have stuck with the same defensive trio that they used last season. Now, Simone Inzaghi is looking for a backup for these players, and Chalobah could be a good option at the back. He is a versatile defender who can also play as a full-back. Some of the stats from last season show how the defender could become handy for Inter Milan and settle into the team. 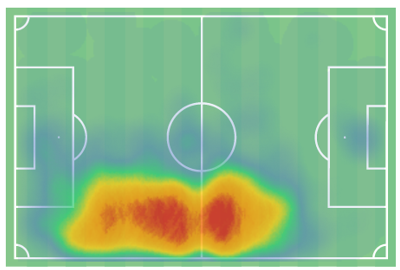 Chalobah is a ball-playing defender who was used as a right centre-back by Tuchel last season. He made 20 English Premier League appearances and three UEFA Champions League appearances. The defender scored four goals and also provided an assist. The above viz shows the heat map of the defender. Chalobah likes to carry the ball and is often seen high up on the pitch. He has an attacking instinct that could help him score more goals in the coming seasons. 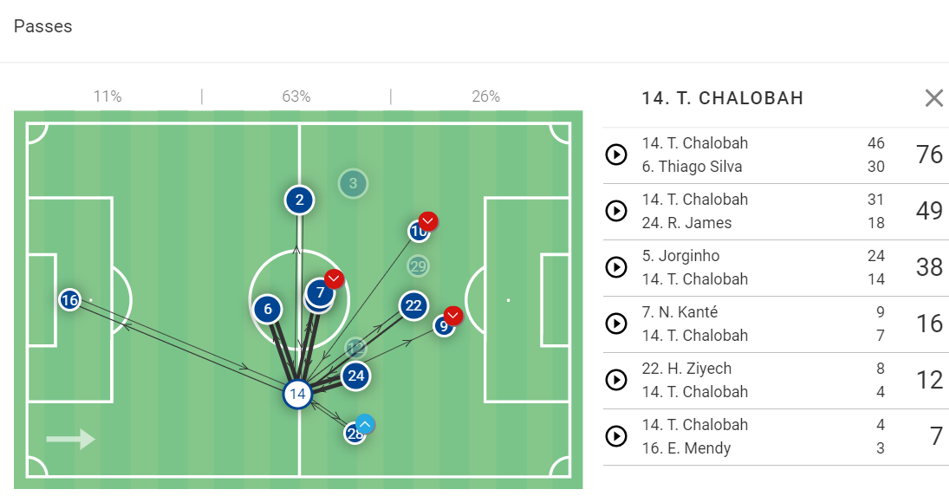 Chalobah’s last competitive appearance came against Leicester City last season. In that match, the defender attempted 117 passes with a 97% passing accuracy rate. The above viz shows that Chalobah’s average position was on the halfway line. He distributed the ball to the midfield, and nine of his passes found a teammate in the attacking third. This shows that Chalobah is comfortable with passing the ball and can get high up on the pitch. 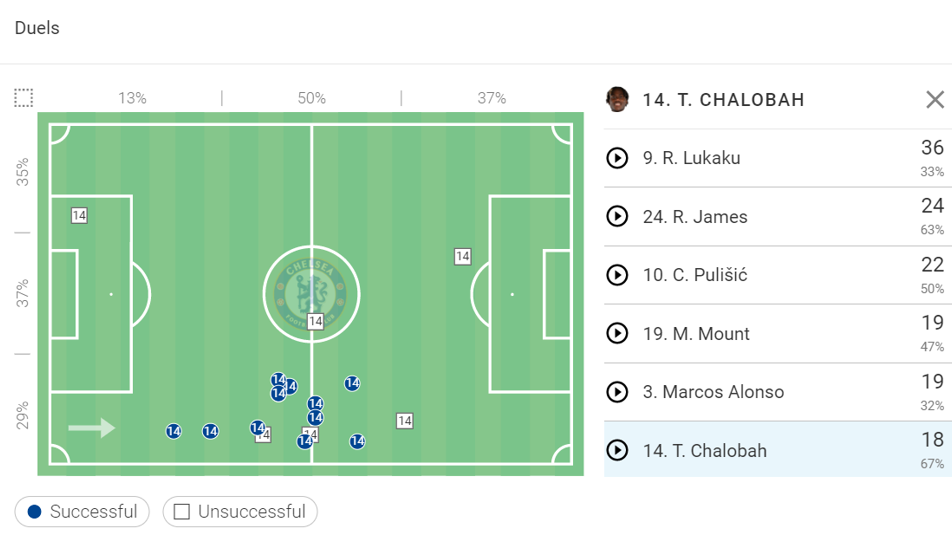 The 23-year-old averaged 15.3 duels per 90 minutes last season and had a success rate of 56.5%. These included 6.72 defensive duels, 4.28 aerial duels, and 2.34 loose ball duels per 90 minutes, with a success rate of 63% for defensive duels, 50% for aerial duels, and 47.8% for loose ball duels. The above viz shows all the duels that were contested against Leeds United in May. Chalobah was involved in 18 duels and won 12. Most of the duels were contested and won in the middle third. This shows that the defender likes to contest challenges high up on the pitch and has a good win percentage. 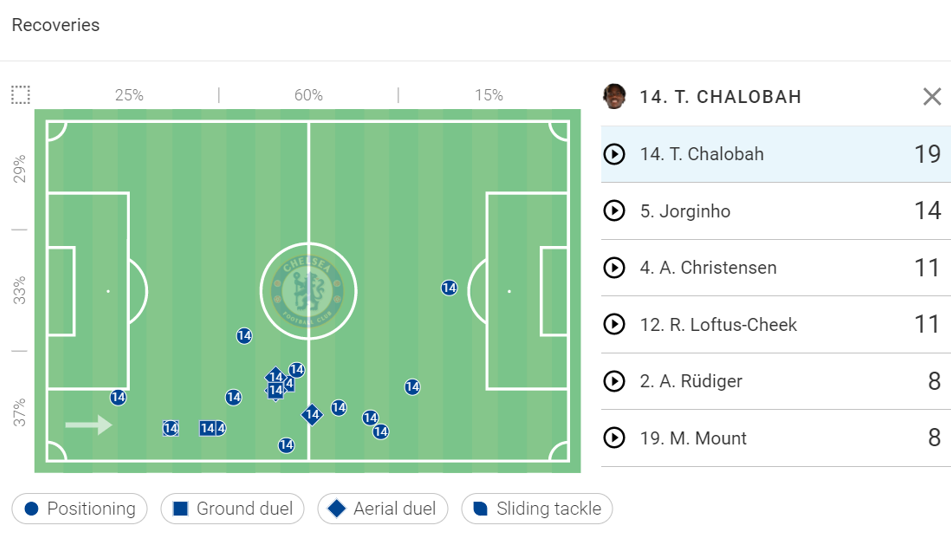 Trevoh Chalobah’s passing ability and defensive work could make him a perfect fit for Inter Milan. They also play a three-man defence, and that is similar to what Chelsea play. It wouldn’t take a lot of time to adjust, and Inter Milan could use him more frequently than Chelsea. He could turn out to be a perfect signing, just like AC Milan signed Fikayo Tomori from the same club.