Inter Milan are looking to sign players who could strengthen their side next season. With Lautaro Martinez wanted by other clubs, the Italian side will look to sign attacking players who could accompany the Argentine or replace him in the team. One of the players that have emerged as their target is Ajax forward Sebastien Haller. The Ivory Coast international made a move to Ajax last winter and has given some impressive performances on the pitch this season, especially in the UEFA Champions League.

The centre-forward made a move to English Premier League side West Ham United from Eintracht Frankfurt in 2019 and struggled to score goals as well as cement his place in the team. But he has revived his career at Ajax and scored 11 goals in eight UEFA Champions League appearances this season. A lot of clubs are keeping an eye on the forward and will look to offer him a deal in the summer. 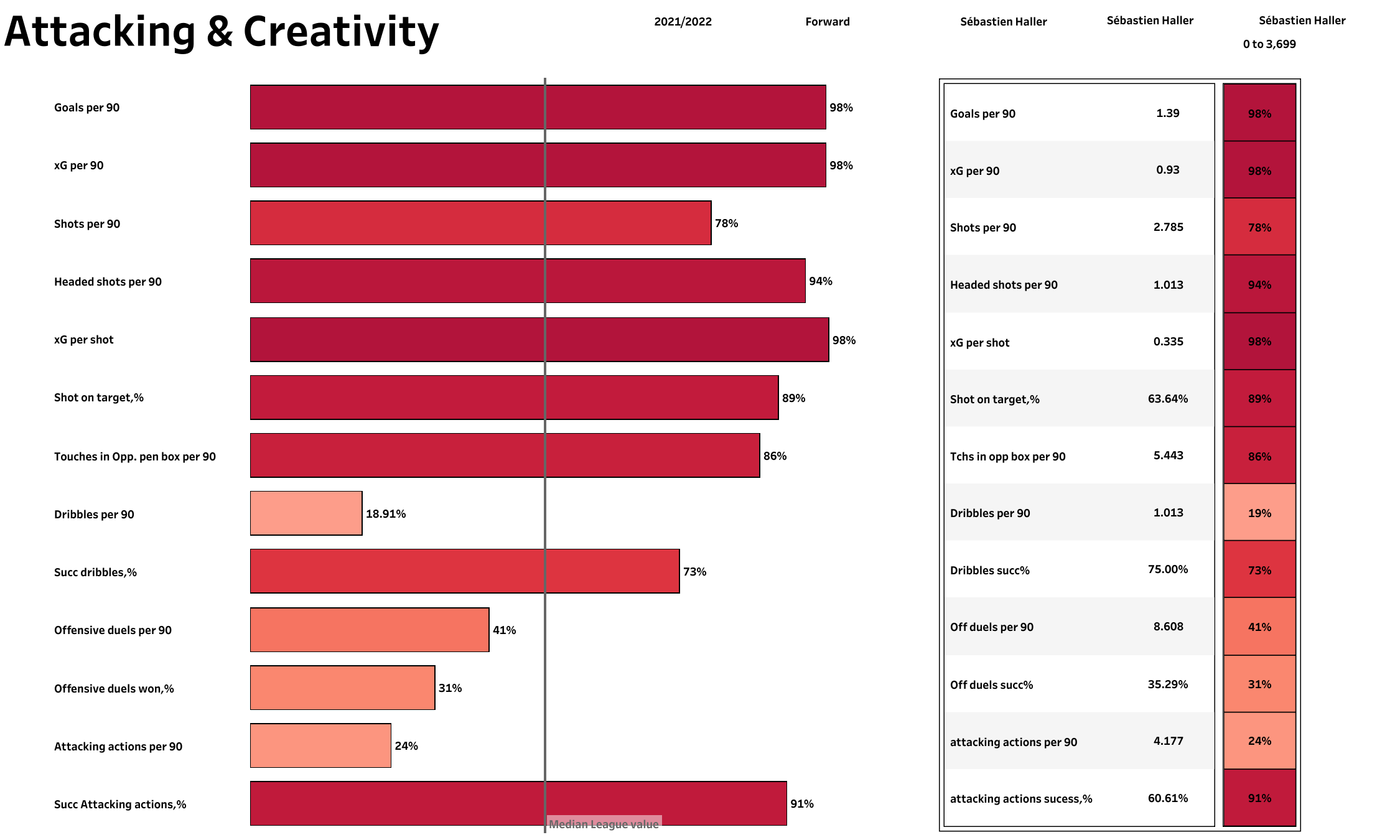 When looking at the above chart, the general rule is that the longer the bar, the better the performance — you can see the league average in the middle, and the % is the percentile rank the player is in. The above chart shows Haller’s stats in comparison to the other strikers in the competition. Sebastien Haller has a high percentile rank for goals scored, xG, headed shots, shots on target, touches inside the opposition box and attacking actions success rate. He was one of the best players before the final eight stages of the competition. 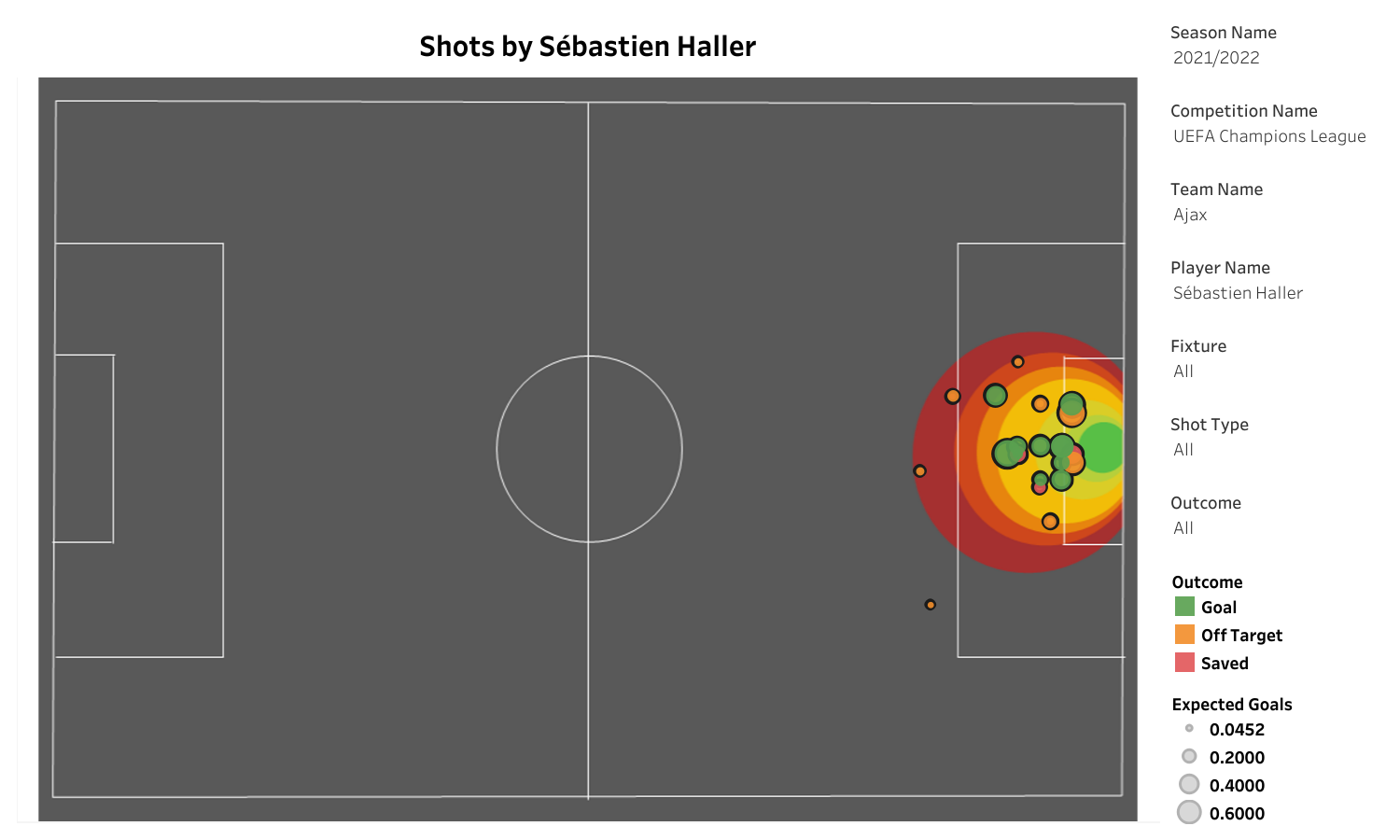 The forward attempted 22 shots, with an average of 2.78 shots per 90 minutes. Of these 22 shots, 14 were on target. By looking at the above map, we can observe that he has attempted 20 shots from inside the opposition’s penalty box. Sebastien Haller scored four goals in the first match of the competition against Sporting CP. The overall xG of the player has been 7.36, and this is one of the highest rates in the competition so far. 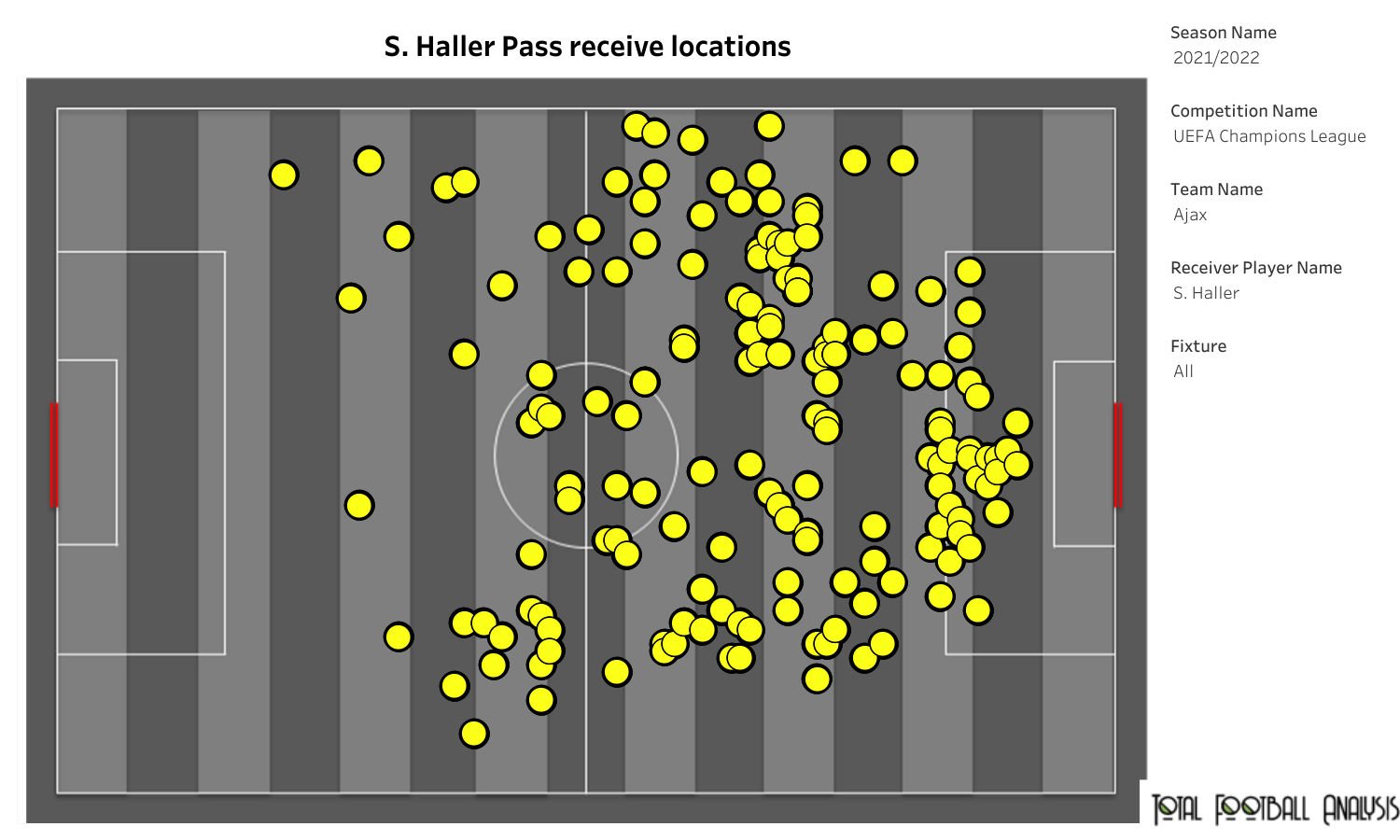 The above map shows all the passes that the players received this season. Haller has received a few passes inside the opposition’s penalty box, and most of them are nearer to the penalty spot. He has had 43 touches inside the opposition’s penalty box. Other than this, he doesn’t like to stay much wider and likes link-up play with the wide players.

Other than this, Sebastien Haller also has two assists to his name, and both of them came in the same game against Borussia Dortmund. The forward attempted 154 passes and the highest of them was towards Ryan Gravenberch. He provided one of the assists to Antony and the other one to Daley Blind.

Sebastien Haller was one of the best players in the UEFA Champions League this season. He scored 11 goals and provided two assists. His team failed to win their Round-of-16 tie and eventually dropped out of the competition. Some of the European clubs have set their sights on the 27-year-old striker and will face tough competition from each other to acquire Haller’s services.