Ruben Loftus-Cheek could be on the move away from Chelsea in the summer. The Blues have offered their midfielder to Inter Milan, one of the teams the Blues have approached. The Italian side is also interested in acquiring his services, but on a loan deal. The 26-year-old midfielder is also looking for regular game-time in league football with a Champions League team. This season, he only made 18 starts across all competitions for Chelsea. Loftus-Cheek will also look for more game-time as he has reached the maturity stage of his career. Chelsea are looking to reshape their squad, and Thomas Tuchel is looking to get rid of some of the names. Inter Milan will also let some of their players leave in the summer and bring in some new enforcers. Here are some of the stats that show why the Italian club is interested in signing the English midfielder. 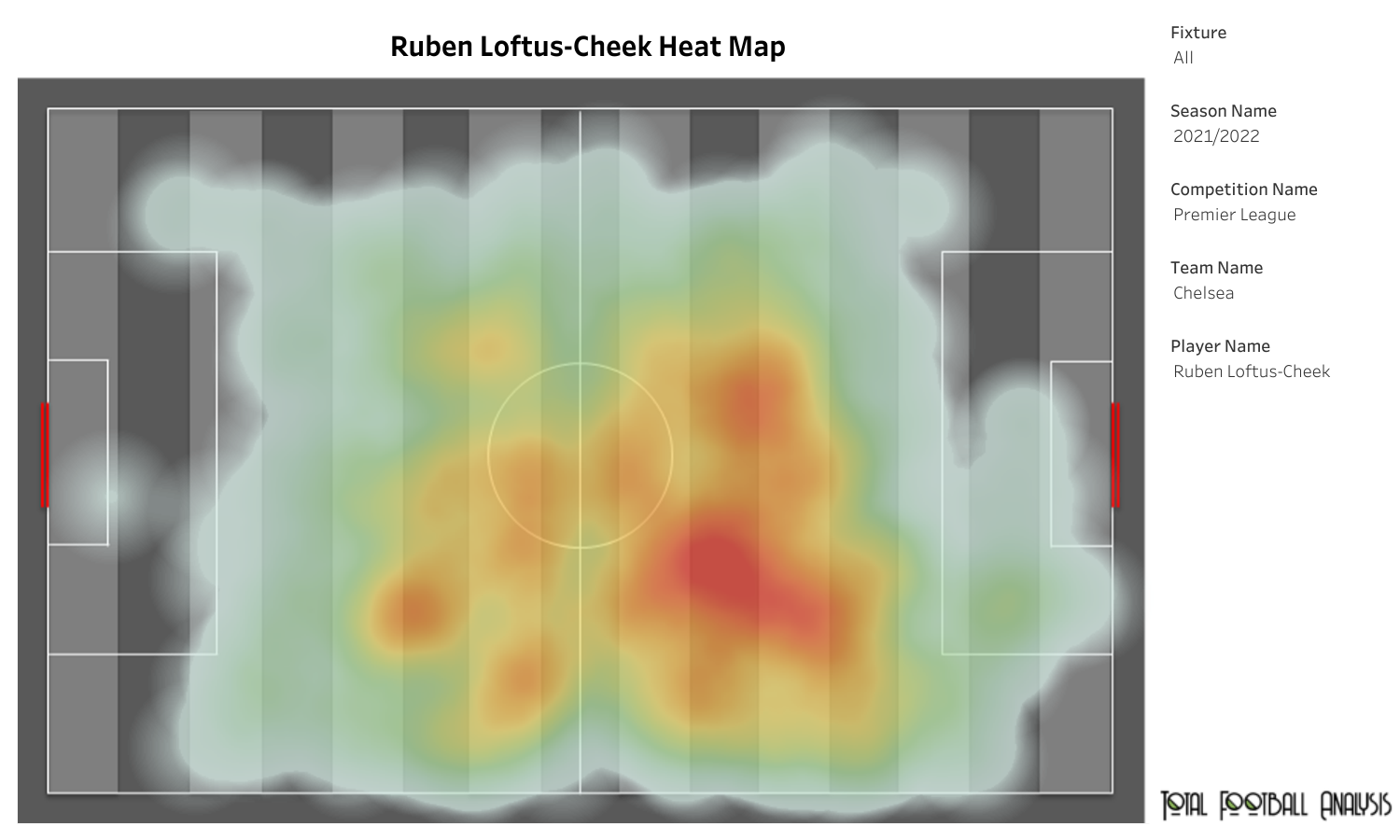 Loftus-Cheek has been a versatile midfielder who has also featured as a wing-back on some occasions. He usually plays through the centre and likes to make forward runs. He made 24 appearances in the English Premier League, and 11 of them came off the bench. In the UEFA Champions League, he featured in eight games and only made two starts. The above viz shows his heat map from the league, and we can observe that his average position was towards the right side of the field. 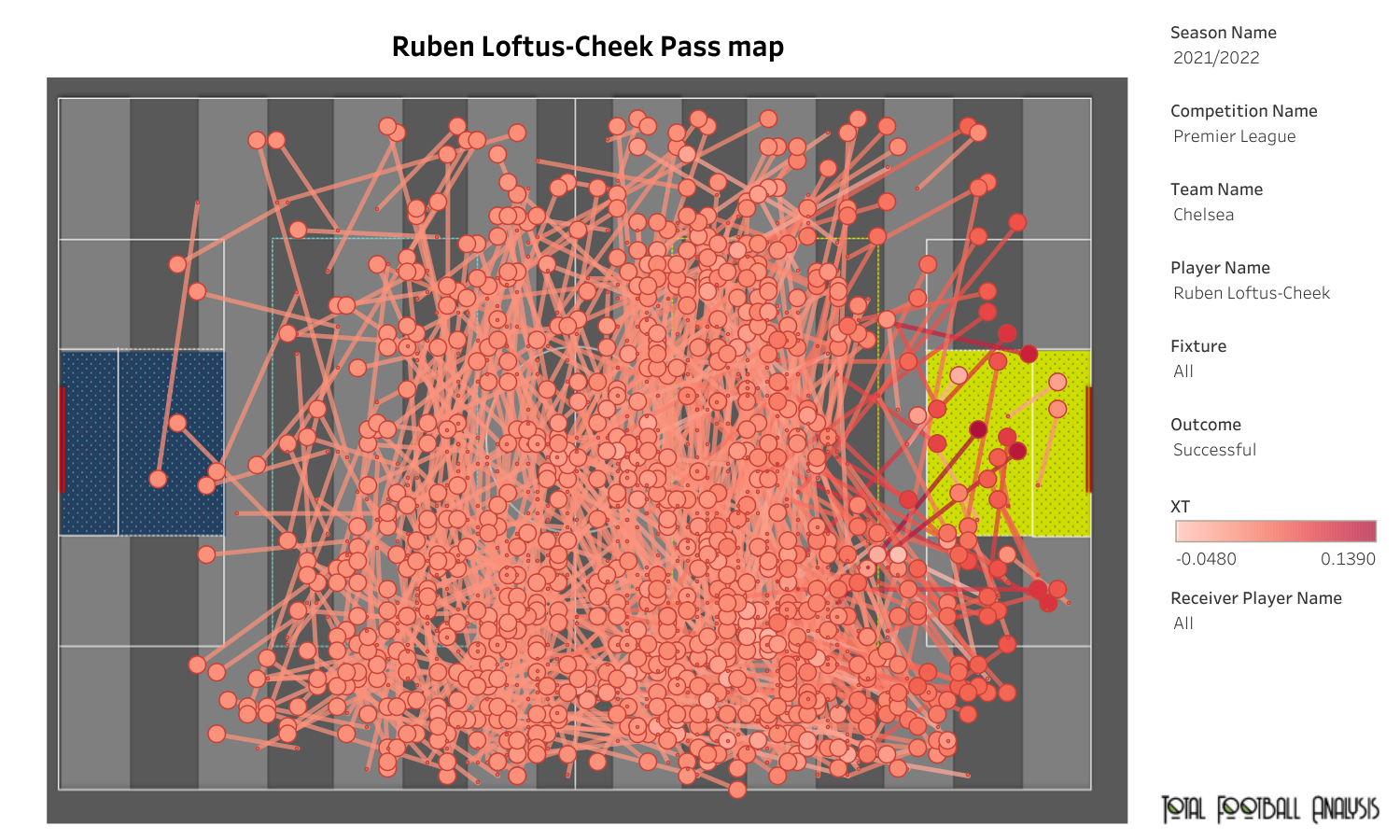 Ruben Loftus-Cheek failed to score a goal, but he provided two assists in the season. The above pass map shows all the passes that were successfully delivered by the player. Overall, Loftus-Cheek averaged 52.5 passes per 90 minutes with an accuracy rate of 91.57%. Of these passes, 12 were forward passes, and they averaged 5.36 passes into the opposition’s final third per 90 minutes. Most of the passes were attempted towards Cesar Azpilicueta. 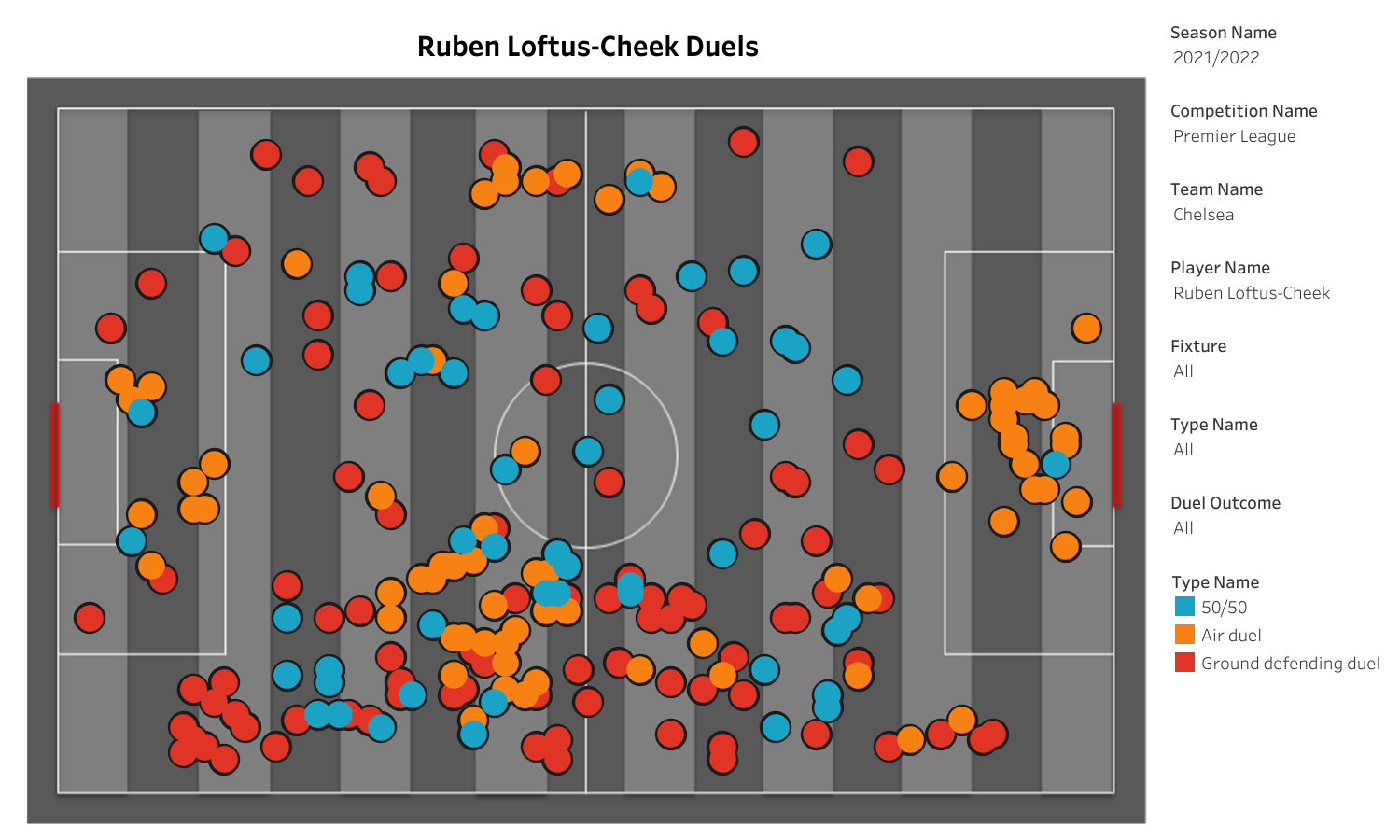 Ruben Loftus-Cheek also likes to contest duels. He has contested a few aerial duels inside the opposition’s penalty box, and that makes him a threat on set-pieces. The player has also won the ball for his side by contesting a few defensive and loose ball duels.

The midfielder could add pace and spark to Inter Milan’s midfield. If he works on his goalscoring techniques, he could become one of the best midfielders in the world. The Italian team is still looking to sign him on loan, but it looks like Chelsea wants to cash out the striker.