Real Madrid defender Nacho is being linked with a move to Inter Milan. They, along with rivals AS Roma, have enquired about the availability of the player. With 186 LaLiga appearances and 50 UEFA Champions League appearances, the defender has a lot of experience in top-flight football. He is a decorated defender who has earned five UEFA Champions League titles and four LaLiga titles. The 32-year-old is entering the last phase of his career and might look for a new challenge. Nacho is very versatile and can also play as a right-back. Some of the stats from the last season will show why the player has gained the interest of top European clubs. 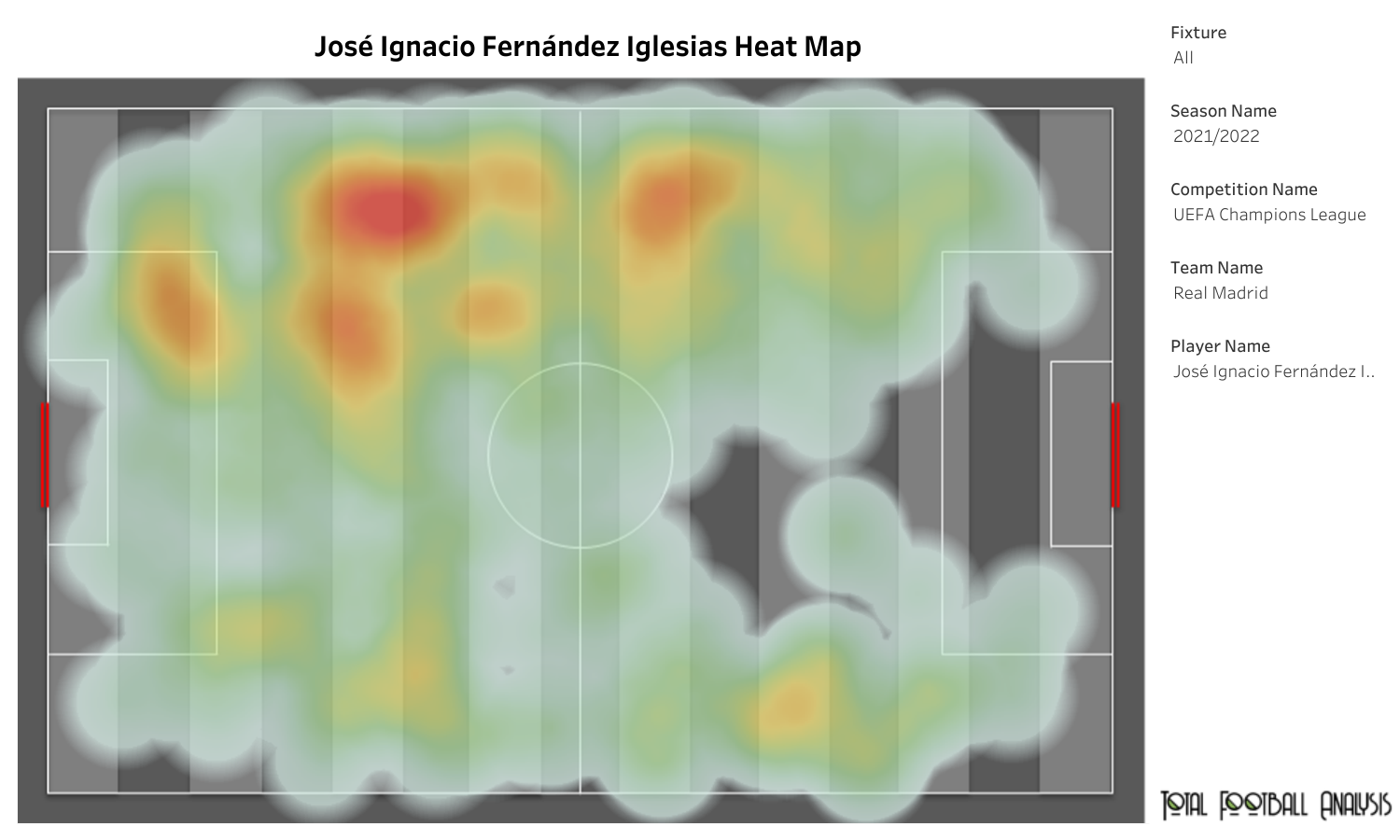 Nacho made 42 appearances for Real Madrid last season. He was able to score three goals in 28 league appearances. The above viz shows the heat map of the player in nine UEFA Champions League appearances. We can observe that Nacho played in different positions for Carlo Ancelotti’s side. He played as a full-back and as a centre-back. 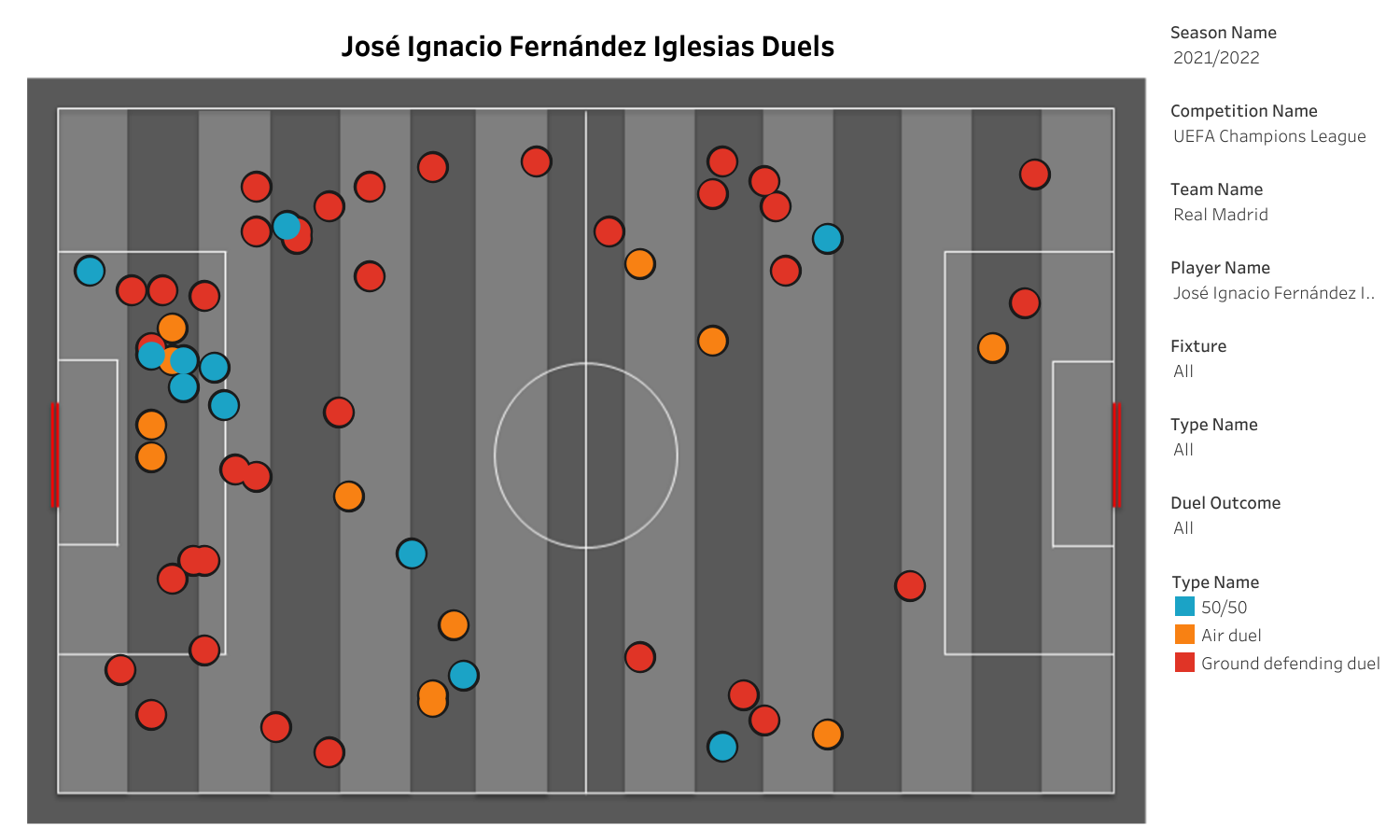 Nacho made five starts and came on as a substitute in the remaining four UEFA Champions League matches. He was involved in 8.9 defensive actions and had a 75% success rate. The above viz shows all the duels that were contested by the defender. Nacho contested 5.2 defensive duels, 1.75 aerial duels, and 1.6 loose ball duels per 90 minutes. His success rate was 19.44% for defensive duels, 25% for aerial duels, and 72.7% for loose ball duels. Some of the duels were contested inside the opposition’s half. This shows that Nacho likes to get involved in the attacking play and sometimes, plays a high attacking line.

The other defensive contributions included 3.5 interceptions per 90 minutes along with 6.9 recoveries. Of these recoveries, 1.3 were made inside the opposition’s half per 90 minutes. 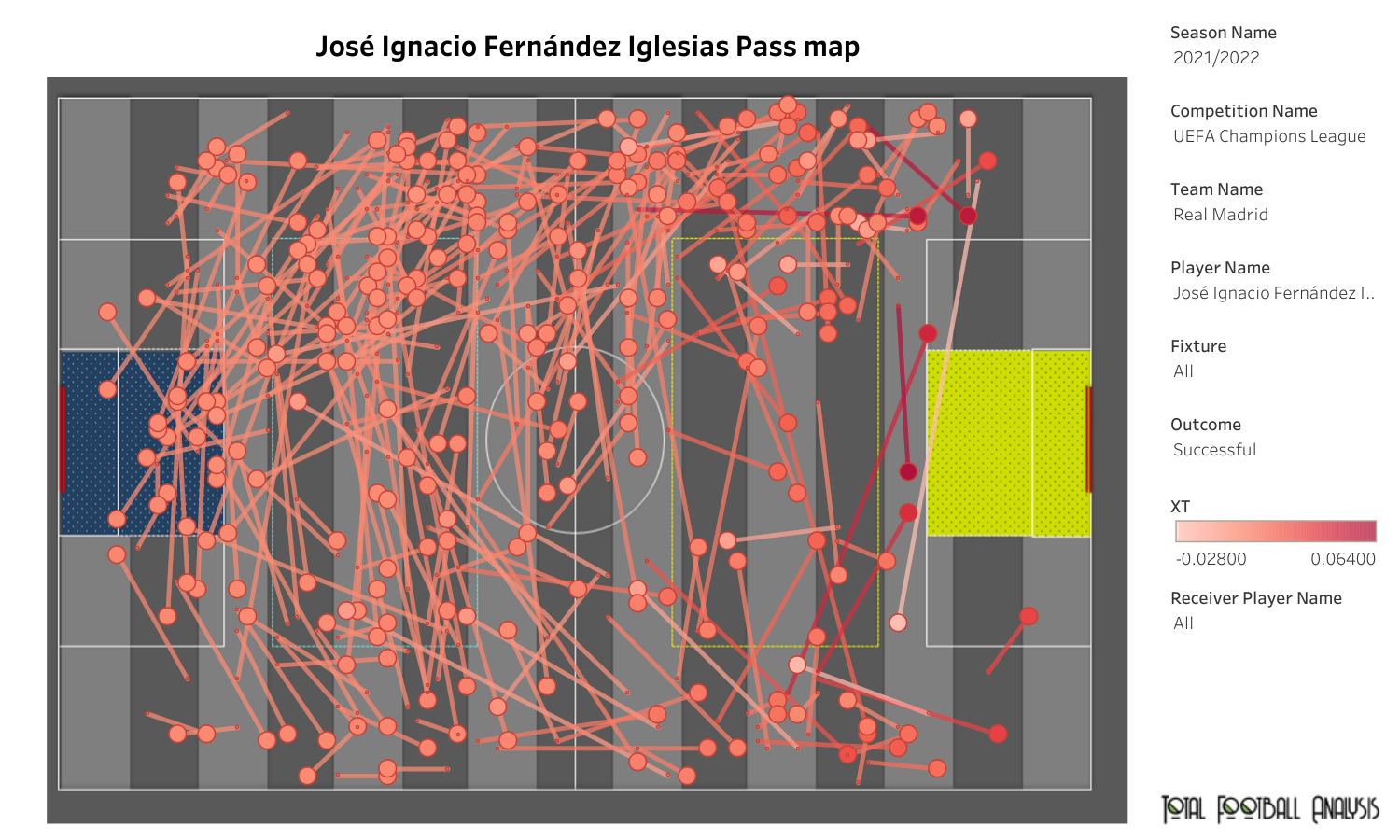 The 32-year-old averaged 44.12 passes per 90 minutes with a high accuracy rate of 91.4%. The above viz shows all the passes that were successfully delivered by the defender. Nacho played in different positions and was seen all over the field. He featured more on the left side. The player averaged 4.09 passes into the final third with an accuracy rate of 82.14%. Most of the passes were directed towards Luka Modric, followed by Courtois and Vinicius Junior.

Nacho could play a crucial role in Inter Milan’s three-man defence. Their main defender, Milan Škriniar, could be on his way to PSG. The Italian club has to find the best replacement in case the transfer happens. They will look to add experience to their defensive line and challenge for silverware next season.