Inter Milan midfielder Marcelo Brozovic recently signed a contract extension that will keep him at the Italian club till 2026. The Serbian has been a part of their midfield since the second half of the 2014/15 season and has been their main man in the midfield. The 29-year-old midfielder has won a Serie A title and is looking to add more silverware to his cabinet by staying at the club. This season, Inter Milan are trailing their rivals AC Milan at the top of the league table and have recently exited from the UEFA Champions League. He featured in every Champions League game, and here are some of the stats that will show why he is a crucial player for Inter Milan. 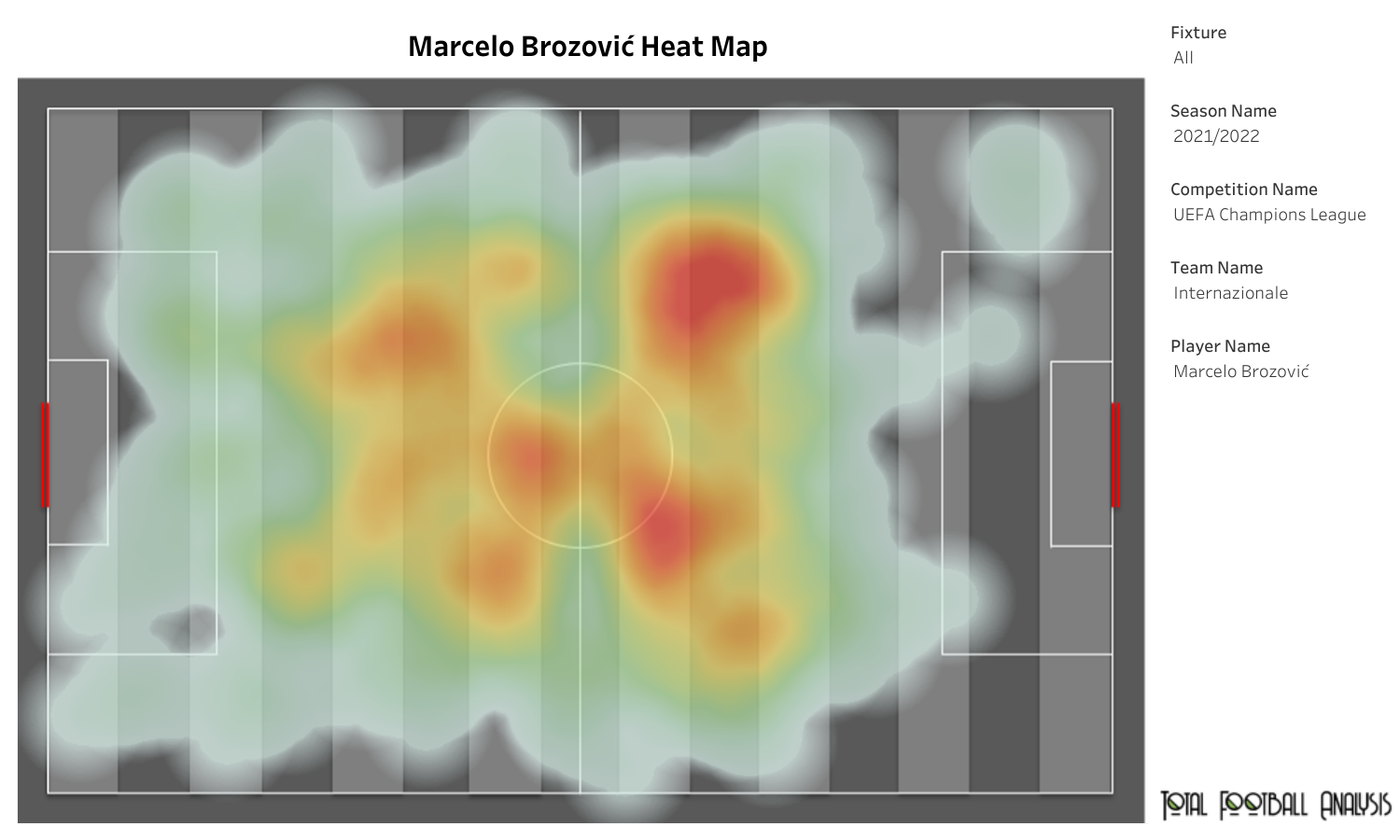 Throughout the season, Inter Milan have used a 3-5-2 formation, with Brozovic operating from the centre of the midfield. His heatmap shows that his average position was just inside the opposition half. He was responsible for bringing the ball from the defense and distributing it to the forward players. The Serbian scored a goal against Sheriff in the group stages. He attempted ten shots and scored with his only shot on target. 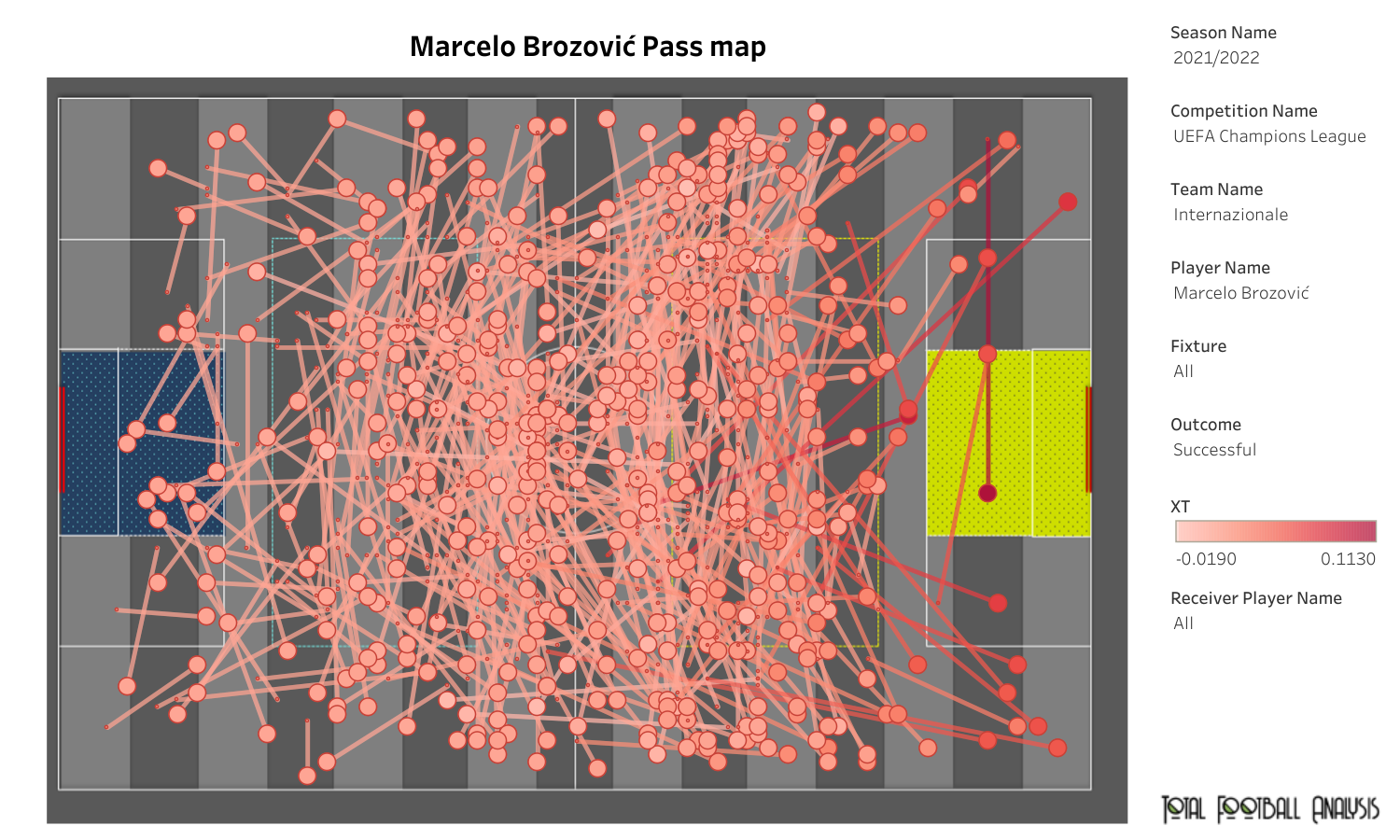 Marcelo Brozovic attempted 525 passes in eight matches and averaged around 72 passes per 90 minutes. The passing accuracy of the midfielder was high at 90%. The above map shows all the successful passes made by Brozovic. Of his 525 passes, six successfully landed inside the opposition’s penalty box. The overall xA assist generated from passes was 0.84. The 525 attempted passes include three crosses, 35 long passes, two smart passes, and four through passes. Marcelo Brozovic attempted the most passes towards fellow midfielder Nicolo Barella. The highest threat was generated by the passes attempted towards striker Edin Dzeko. 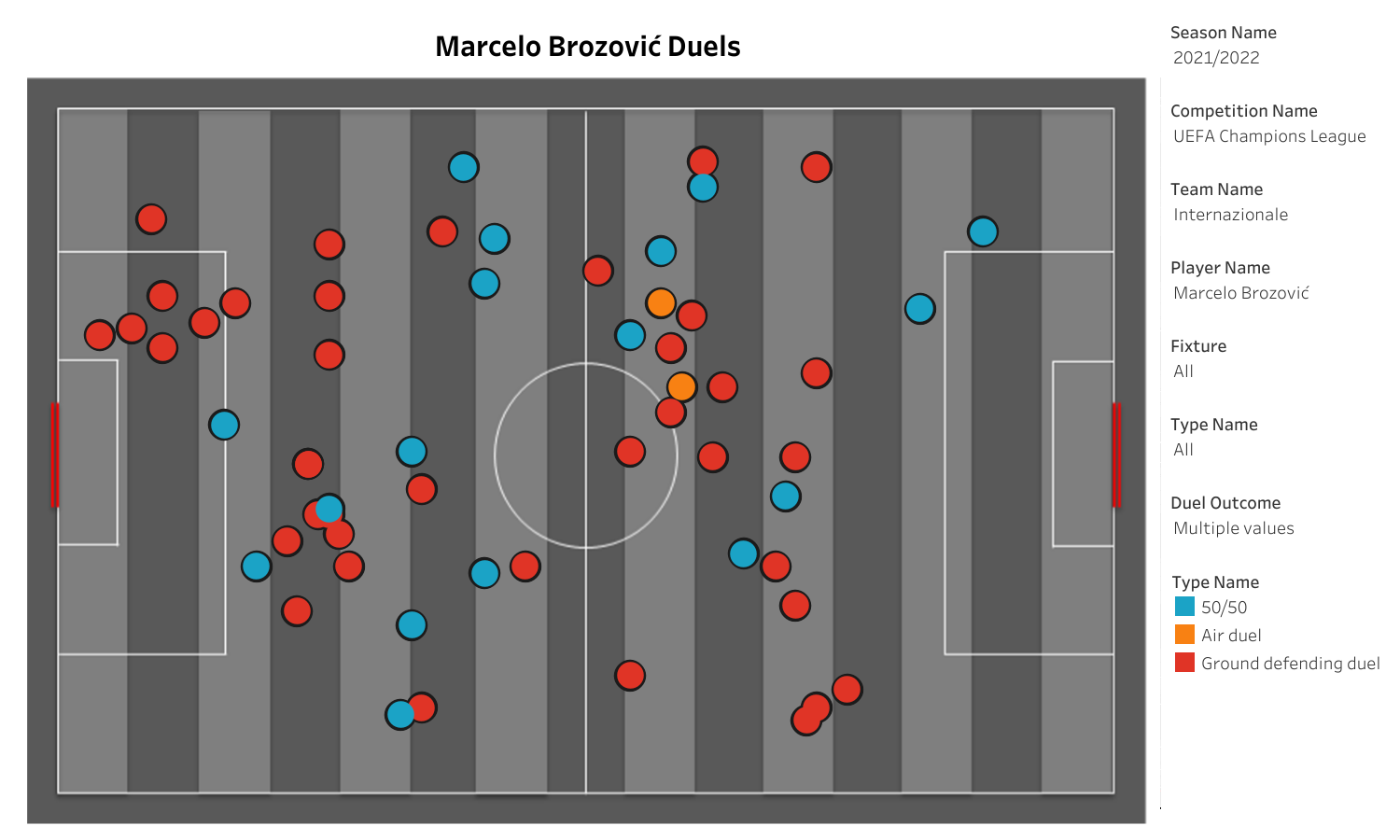 Marcelo Brozovic made a lot of defensive contributions this season in the Champions League. He won most of his duels in the middle third and also made some contributions by winning duels in the defensive third. Most of the duels won by him were ground defensive duels, followed by loose ball (50/50) duels and aerial duels. Other than this, he made 33 interceptions and most of them when other players were on the ball. The recovery rate is high for Serbian. He made 71 recoveries, 36 of them inside the opposition’s half.

Marcelo Brozovic commands the midfield for the Nerazzurri and is one of their most experienced midfielders. He was on the wishlist of a lot of other players but will remain at Inter Milan for a few more years. This year, the 29-year-old made some significant contributions and will look to end the year with some silverware.