Inter Milan are reportedly targeting Borussia Dortmund centre-back, Manuel Akanji in the summer. The Swiss international is likely to get replaced by the German club following the signing of Niklas Sule and Nico Schlotterbeck. Akanji is now the third-choice centre-back at Dortmund, and the club is also looking to offload the defender. He joined the club in 2018 and has been a regular in the squad since then. The 26-year-old is good with the ball at his feet and can play passes from the back. Inter Milan are also looking to boost their backline by bringing in players who have played at the top level. Akanji is one of the top defenders on Inter’s radar. 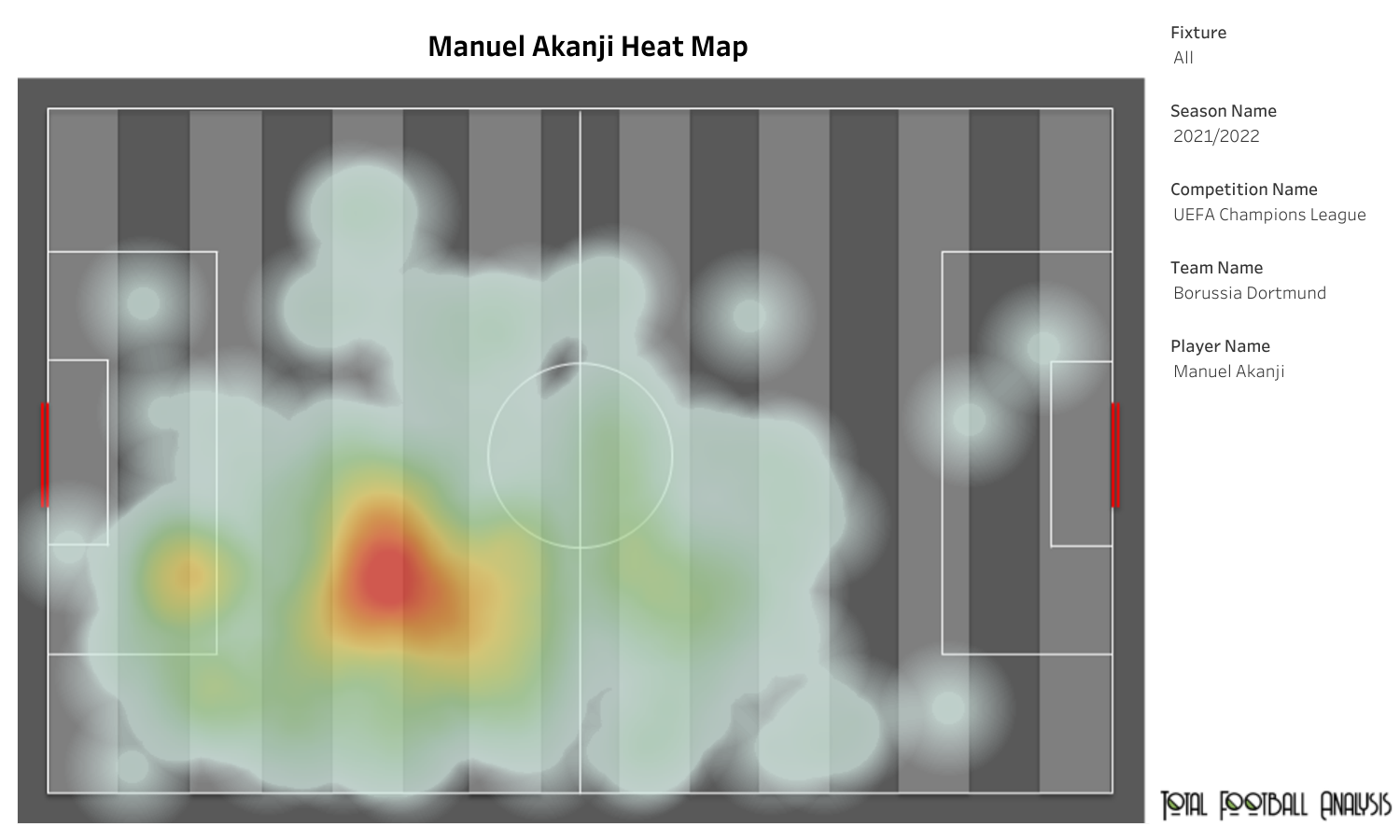 Akanji made five appearances in the UEFA Champions League last season. He played as a right-sided centre-back for the German club. By looking at the above heat map, we can observe that the player can also go wide to give a defensive cover and make himself available to receive a pass. He shared most of the passes with his fellow centre-back Mats Hummels. Thomas Meunier received the second-highest number of passes from the centre-back. 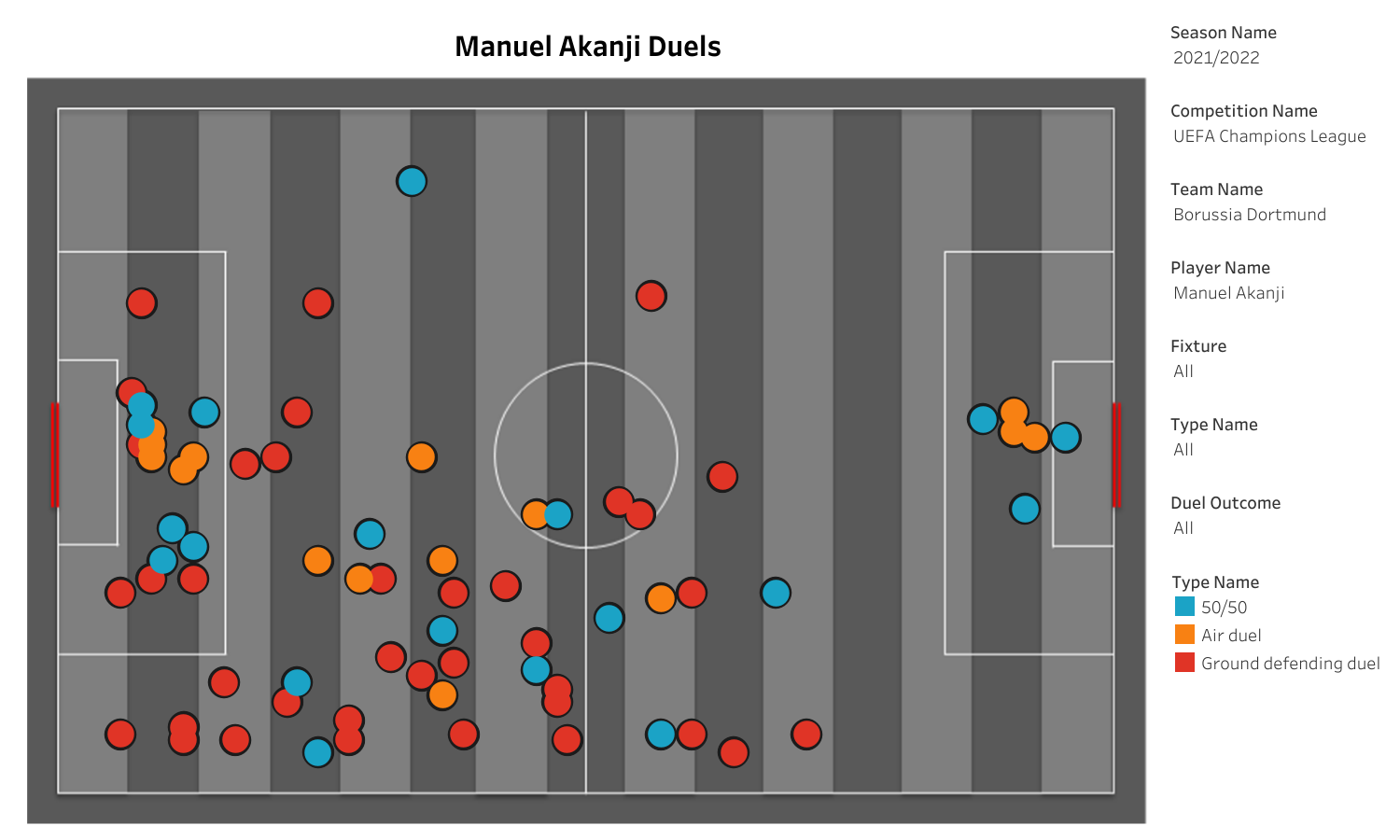 Akanji made 28 interceptions, all inside his team’s half. The player intercepted 14 passes made by the opposition, and the other 14 interceptions were made when other players were on the ball. The Swiss defender also had a high recovery rate as he made 63 recoveries, and nine were made inside the opposition’s half.

The defender had a high win percentage for various duels contested by him. He is also a good reader of the game, as he was able to intercept a few passes attempted by the opposition. Inter Milan have some of the top defenders in Europe, and they could add one more name to their list. Manuel Akanji will also look for more game-time and could move to the Italian giants in search of silverware. Inter Milan will assess his situation and make a move for him accordingly.