Inter Milan are looking to add Spanish attacking midfielder and Manchester United player, Juan Mata, to their ranks. The 33-year old has spent 11 seasons in England and will be out of contract in the summer. He is looking for a move away from England, with Italy becoming the likely destination for him. The Spaniard has warmed the bench this season and will look to add more gametime to his career before hanging his boots. Mata is a former UEFA Champions League winner with Chelsea and brings in a lot of experience to the team.

Mata has struggled for gametime in the last couple of seasons at Manchester United. Last season, he made just nine league appearances for the Red Devils, and this season, he was used as a substitute in their recent loss to Everton. Mata has been a top-quality player in the Premier League and adds a lot of quality to the gameplay. 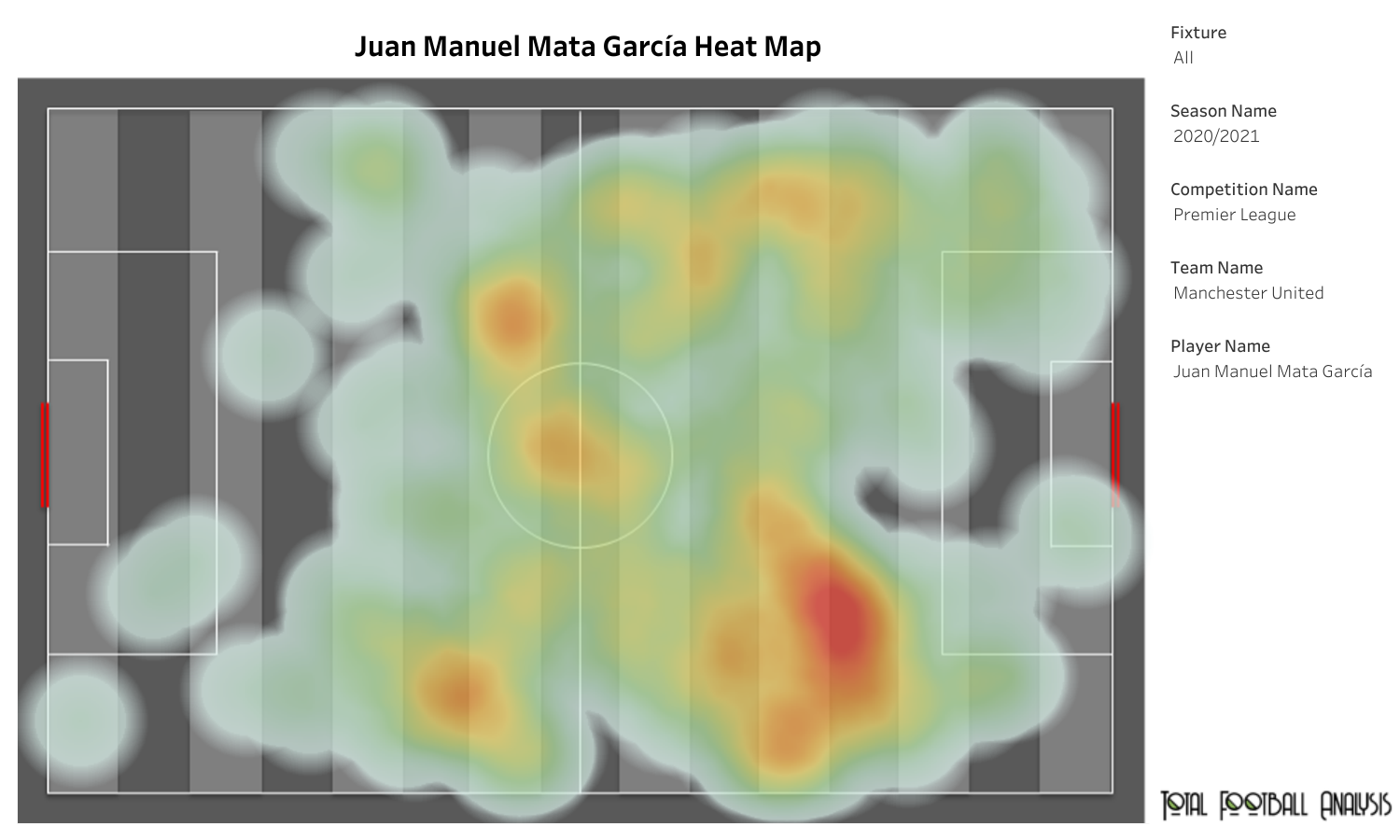 The above heat map shows Mata’s position in the nine matches he appeared in last season. Juan Mata found the back of the net once and provided two assists last season. He features on the right side of the attack. The above heat map shows that Mata has been quite flexible with his positioning and could be seen all over the pitch. He tried to get inside the opposition’s penalty box and managed to get 15 touches inside it. Mata attempted five shots last season and managed to hit the target three times. Of these five shots, three were attempted from inside the opposition’s penalty box. 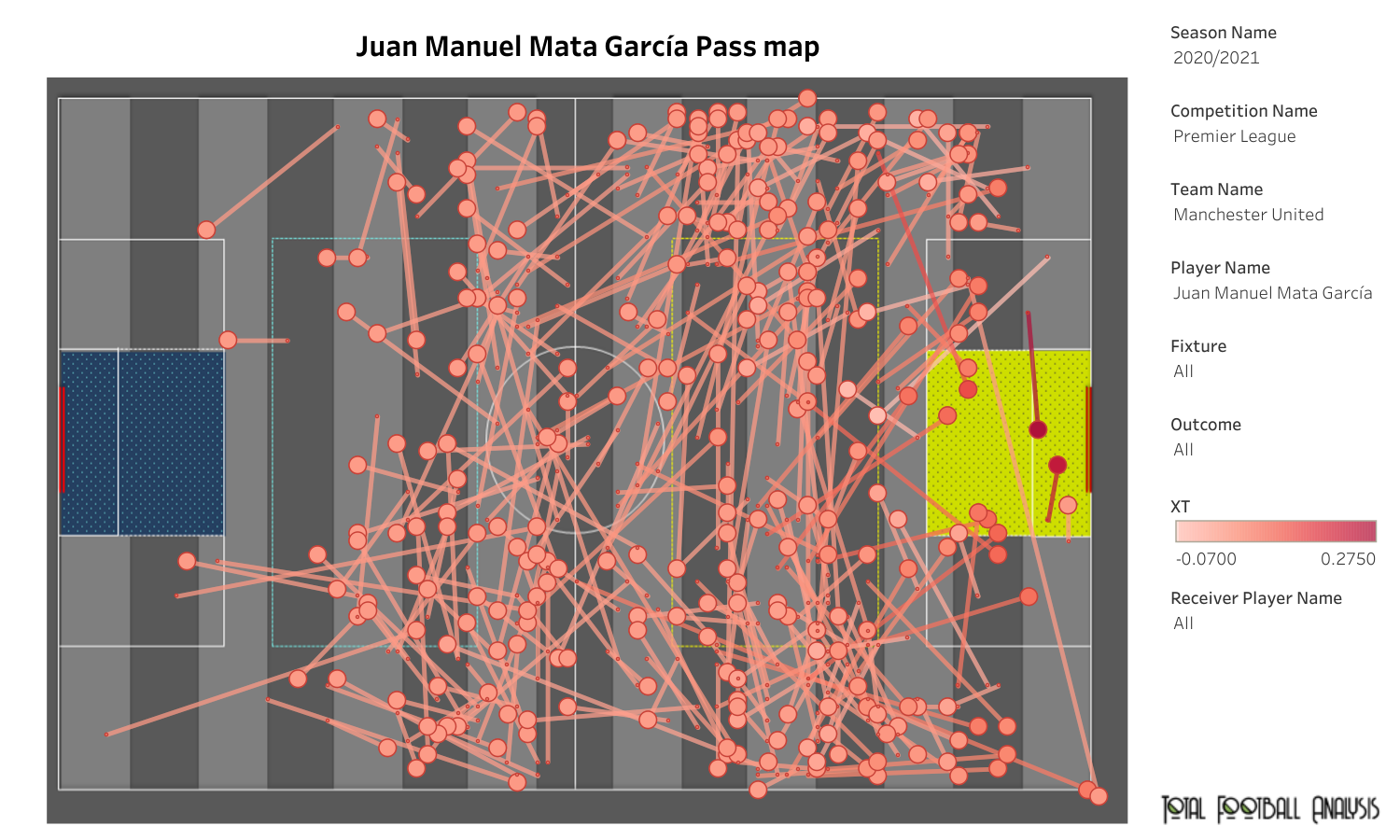 The attacking midfielder is famous for creating goal-scoring chances with his passing on the pitch. The above viz shows all the 280 passes attempted by him in those nine matches. He provided two assists last season, with an expected assist rate of 0.55. From the above viz, we can observe that 17 of the 280 passes attempted by the player landed inside the opposition’s penalty box. Of these 17 passes, three landed inside the opposition’s 6-yard box. Most of the passes attempted by Mata were towards Bruno Fernandes. The greatest threats from passes were created by the passes towards Marcus Rashford and Anthony Elanga. Mata provided four crosses, eight smart passes, and six through passes.

Juan Mata adds a lot of creativity to the midfield and could be a great addition for Inter Milan. They are looking to add new faces to their attack, and Mata could be a great option. The Spaniard has won league titles and European titles with Chelsea and brings in plenty of experience. Inter Milan have to fight with their rivals for the signing of the Spaniard from Manchester United in the summer.