Inter Milan is searching for attacking options to boost their squad. The defending Italian champions have targeted one of the rival players who are out of contract in the summer, and his name is Paulo Dybala. The Argentine player has performed consistently at the top level, and a lot of clubs are keeping an eye on his contract situation. 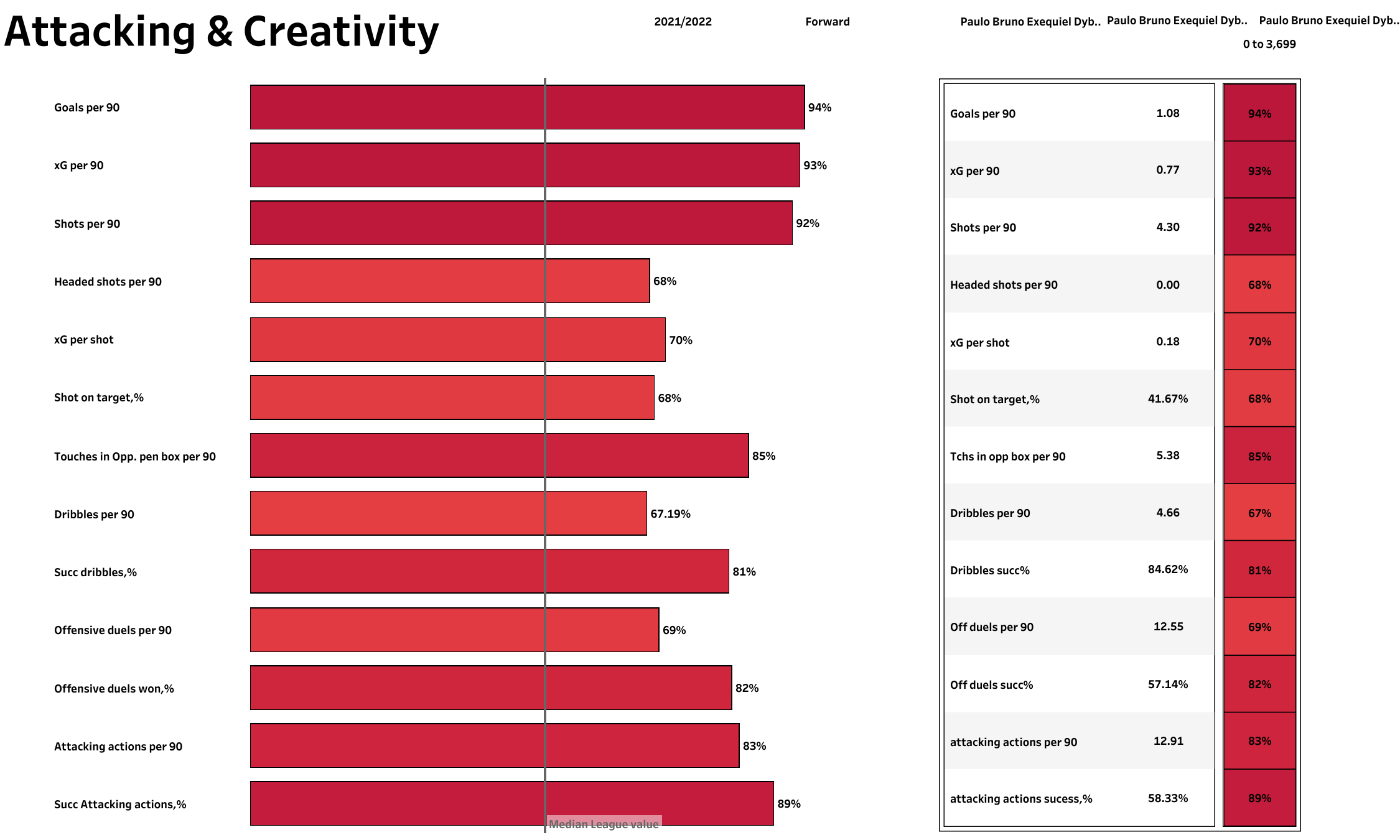 Paulo Dybala has featured in four UEFA Champions League games this season. He started in three games and came on as a substitute in one game. The forward has scored three goals and provided one assist. When looking at the above chart, the general rule is that the longer the bar, the better the performance – you can see the league average in the middle, and the % is the percentile rank the player is in.

The Argentine has a high percentile rank when compared to the other forward players in the Champions League. He attempted 12 shots and managed to hit the target five times. Dybala has also taken 15 touches inside the opposition’s penalty box and attempted 13 dribbles with an 84.62% success rate. The Argentine averages more than 12 attacking actions per 90 with a 58% success rate. 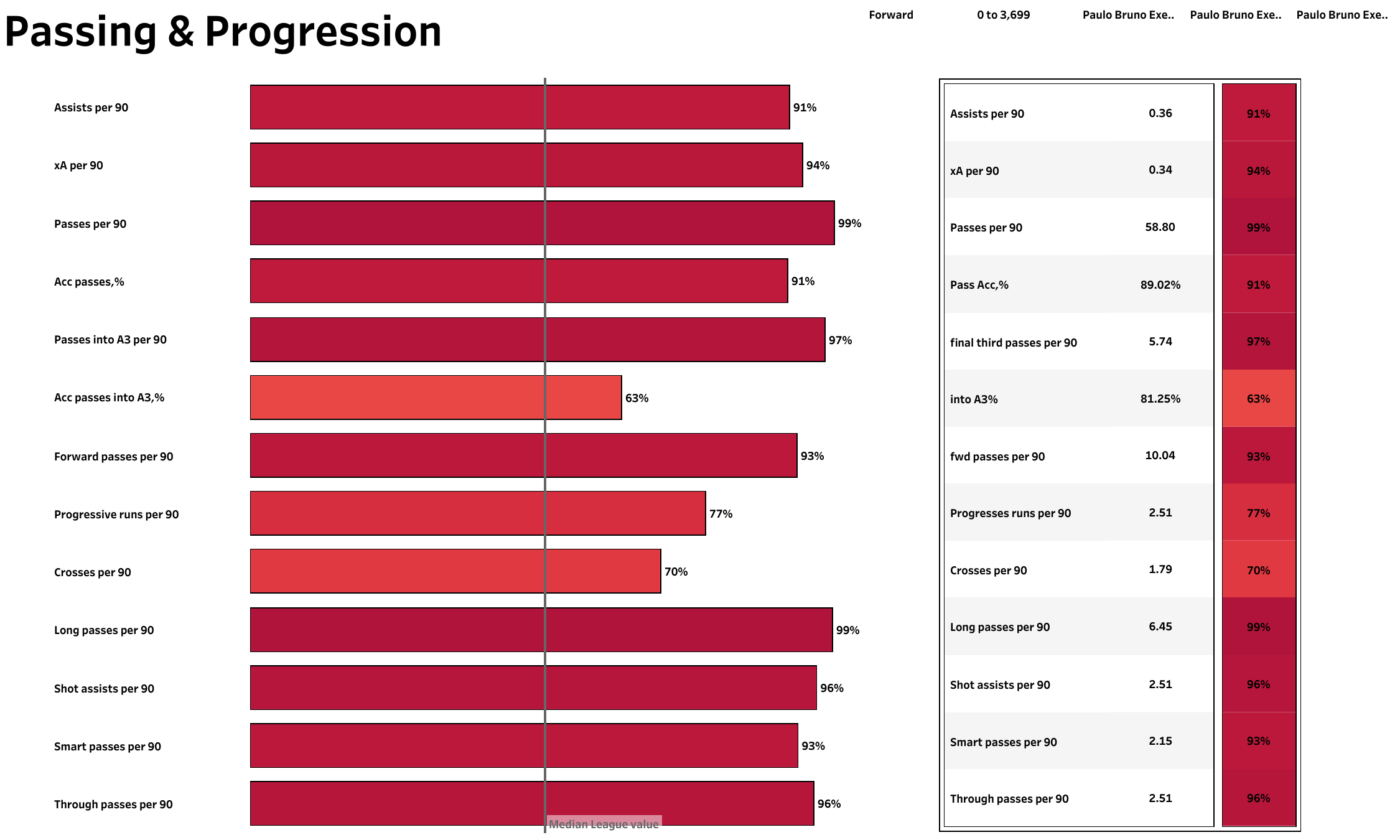 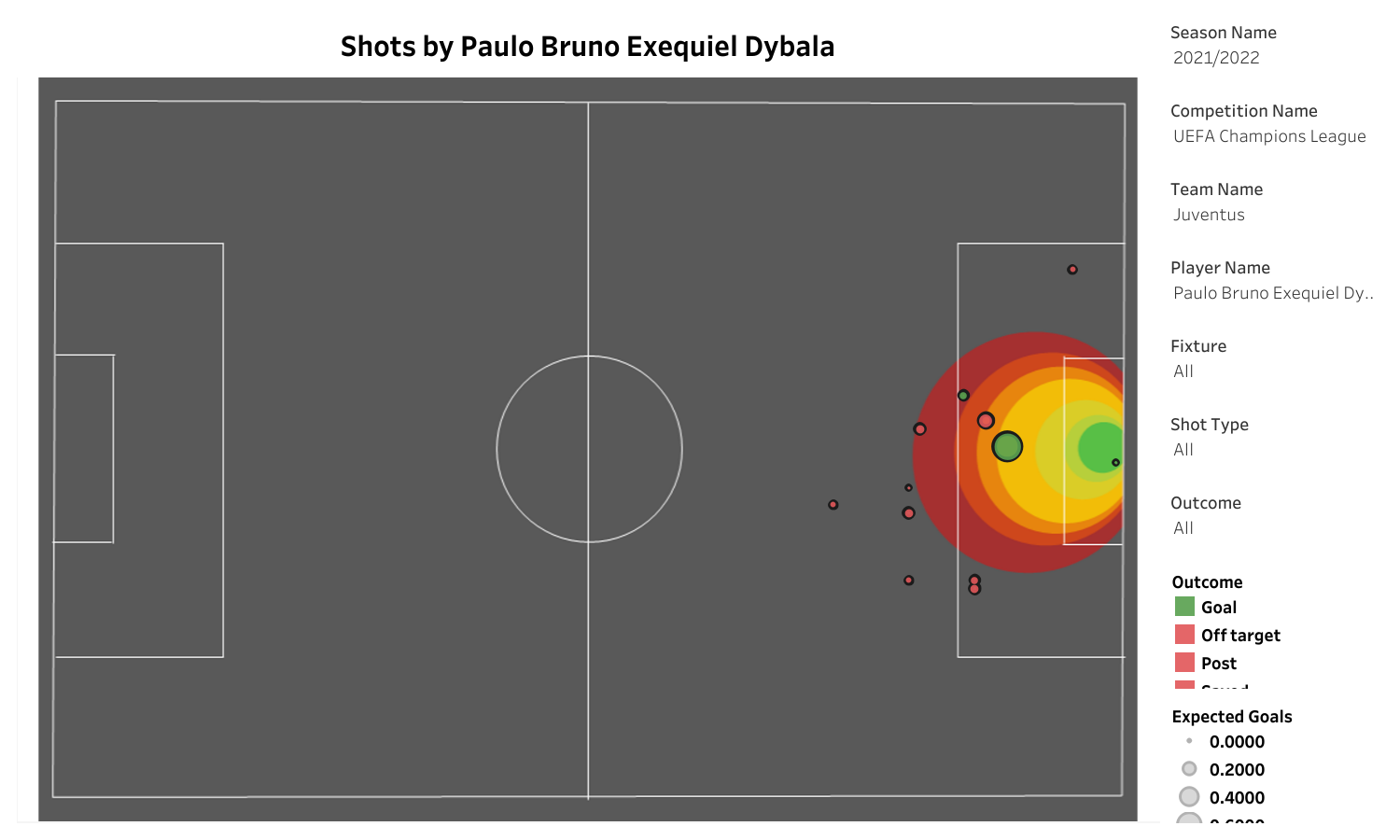 Paulo Dybala has been one of the top performers for his side in the Champions League this season. He has been a consistent performer for Juventus since joining in 2015. Inter Milan will look to sign the player as he can feature in the front two for them. Dybala plays as a second-striker and could fit in the team.