Real Madrid midfield maestro, Luka Modric, will be out of contract in the summer. The 2018 Ballon d’Or winner is aging like fine wine, and his performances in the recent past have gained the interest of many clubs, including Italian giants Inter Milan. Modric has been linked to a move to the defending Italian Champions in the recent past, but Real Madrid have kept hold of him. 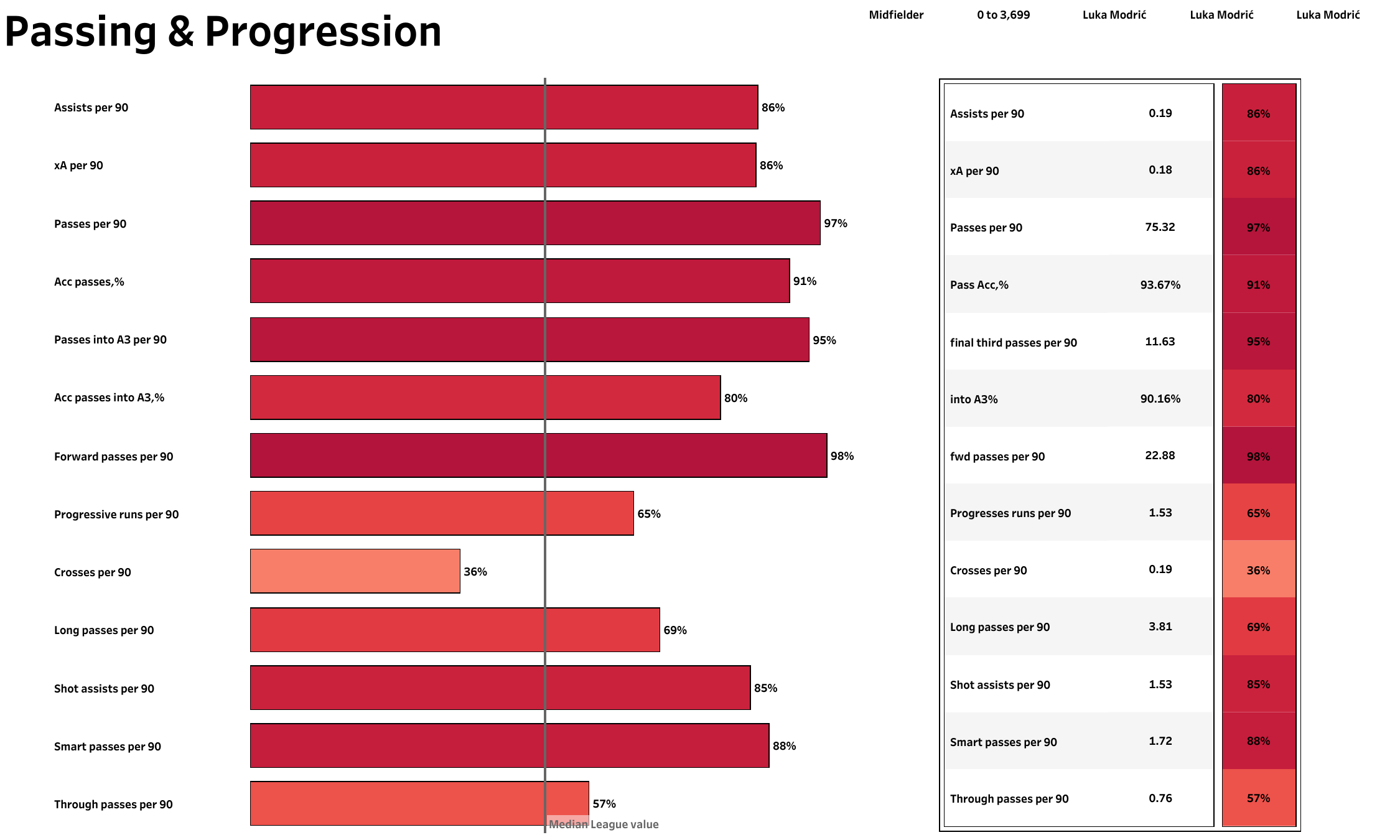 When looking at the above chart, the general rule is that the longer the bar, the better the performance – you can see the league average in the middle, and the % is the percentile rank the player is in. The above stats are in comparison to other midfielders in the Champions League.

Luka Modric averaged 75 passes per 90 with a 93.67% pass accuracy rate. He provided an assist against Ukranian club Shakhtar Donetsk in the third round of the competition. The Croat has a high percentile rank when it comes to passes into the opposition’s final third. Most of his passes have been forward passes, and the player averages low for attempted crosses. 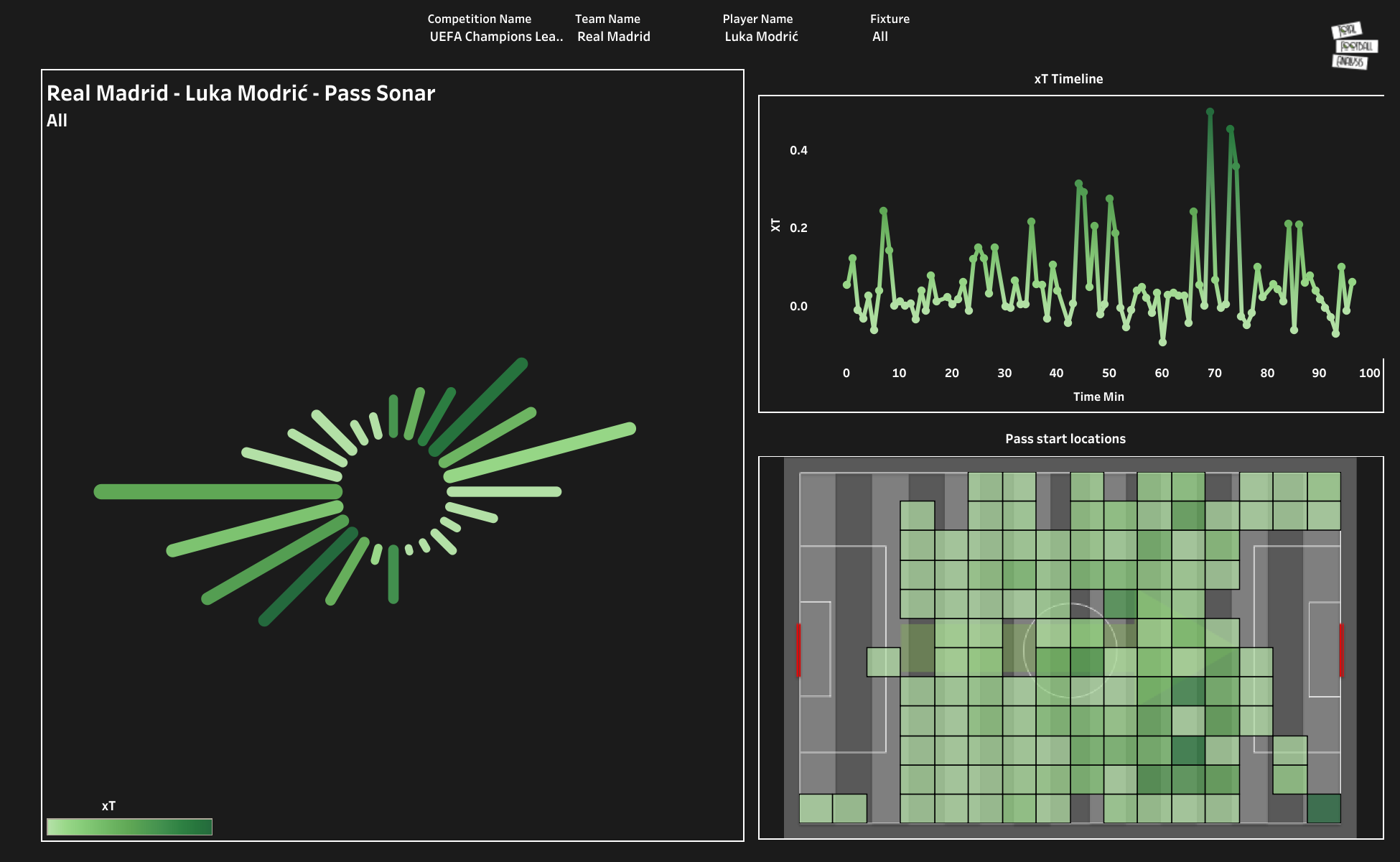 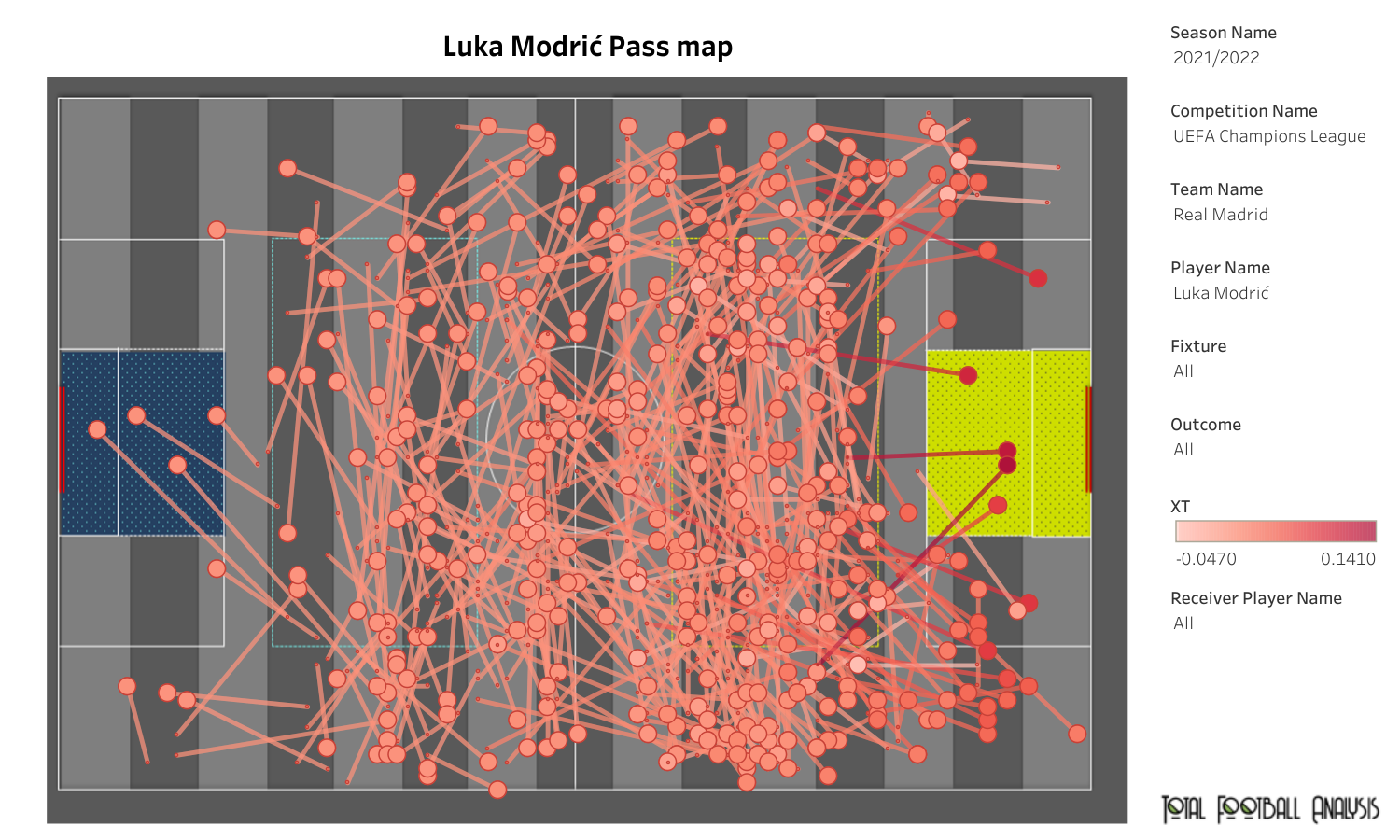 The above pass map shows all the passes attempted by Luka Modric in the Champions League this season. His 17 passes have landed inside the opposition’s 18-yard box, and the passes near the penalty spot have created the highest threat rate. Most of the passes have been sideways, and Modric has attempted the most number of passes towards Dani Carvajal.

Luka Modric has acted as a link between the defense and the attack for Real Madrid. His passes have been simple and have helped his side to control the pace of the game. The midfielder has also attempted nine shots but is yet to open his goalscoring account. Inter Milan have a lot of midfielders, and most of them have lesser experience in the Champions League. The Italian club will look to sign Luka Modric in the summer to boost their midfield and give them an edge over their opponents.