Inter Milan will play with a new left wing-back following the departure of Ivan Perisic to Tottenham Hotspur. Simeone Inzaghi now has two options left to challenge for the left-back spot. Federico Dimarco is one of the players likely to replace the Croatian in the starting XI. However, they also have another option with them in the form of Robin Gosens. Both players have established themselves in the left-back position. Federico Dimarco has a contract until 2026, and Robin Gosens will spend his second season on loan at Inter. The manager will look for a suitable player who could turn out to be the ideal replacement for Perisic.

Dimarco made 42 appearances for Inter Milan last season and started in 17 matches. He scored two goals and provided three assists. Gosens joined Inter Milan on loan in January but made only seven appearances in Serie A. Gosens came on as a substitute in every match. This shows that the manager might opt for Dimarco in the left wing-back position. 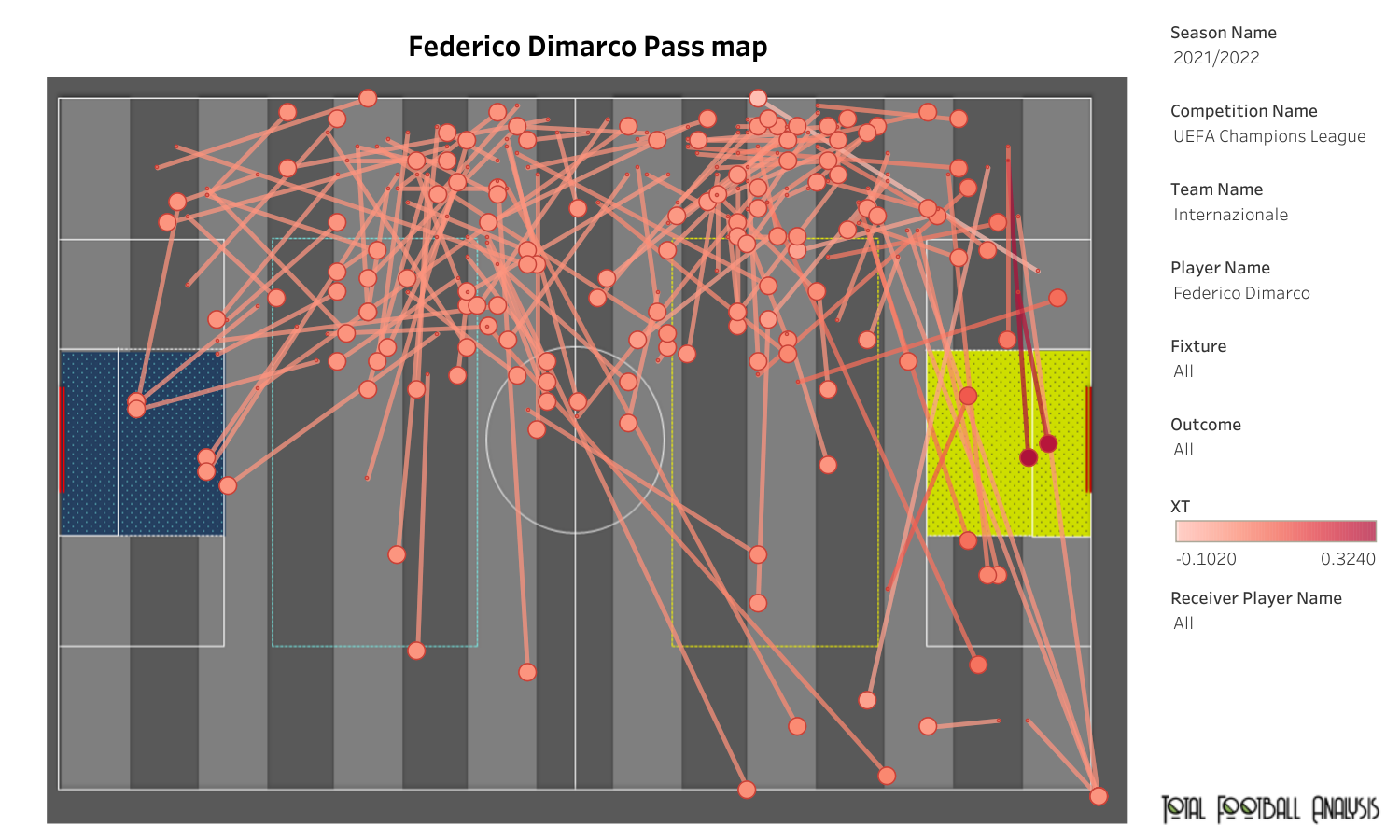 Dimarco made seven appearances for Inter Milan in the UEFA Champions League last season. He started in three matches but was unable to score or assist on any goal. However, the full-back created the highest threat from passes for the Italian side in the elite competition. The 24-year-old averaged 44.85 passes per 90 minutes with an accuracy rate of 87.07%. These passes included 6.7 passes into the attacking third with a very high accuracy rate of 90.91%. The above viz shows that the full-back attempted dangerous passes into the opposition’s penalty box and those created the highest threats. 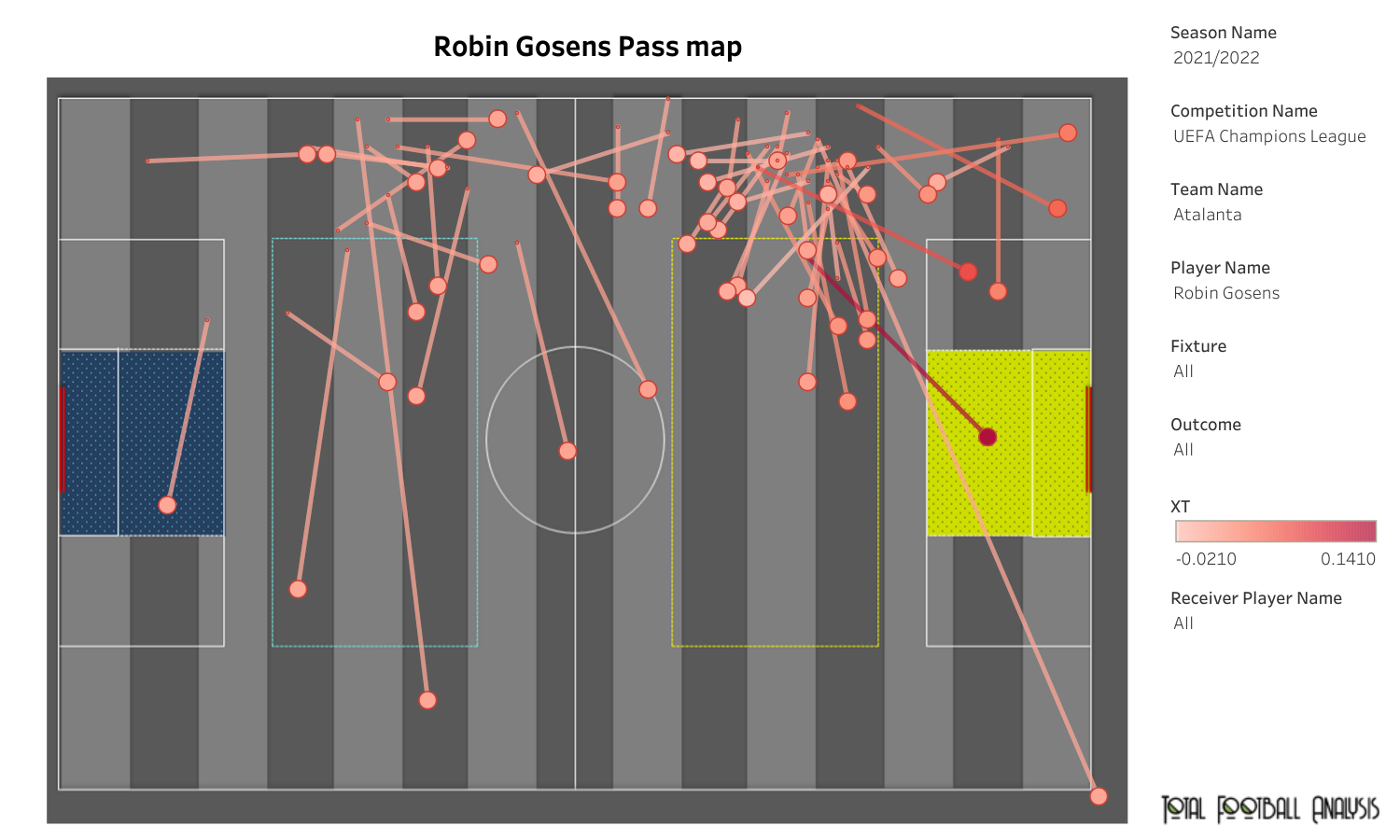 Gosens only appeared in Serie A for Inter Milan. He appeared in two UEFA Champions League games for Atalanta. The German full-back started in one game and came on as a sub in the other. He scored a goal against Villareal in the group stage of the competition. The above viz shows all the 53 passes that were attempted by the full-back. Gosens averaged 45.43 passes per 90 minutes with an accuracy rate of 86.79%.

The German player was involved in 9.4 defensive actions per 90 minutes with a 72.73% success rate. He contested three aerial duels and won all of them.

Simeone Inzaghi will assess the players based on their performances in the pre-season. Dimarco has played more games than Gosens and has better passing stats. Both players were involved in fewer defensive actions in the UEFA Champions League. Dimarco’s passing has created an edge over Gosens, and the manager might opt for Dimarco in the left wing-back position.