Dani Ceballos has struggled for game-time and has only spent 71 minutes on the pitch in the LaLiga. He has also made two appearances in the Champions League and spent only 11 minutes on the pitch. The midfielder returned from a loan spell at Arsenal in the summer and expected more game-time. However, things have not gone the way he expected, and he will be looking for a move away in the summer.

The 25-year-old Spanish midfielder made 25 appearances for Arsenal last season in the English Premier League. He failed to find the back of the net but provided three assists. The midfielder attempted 11 shots and managed to hit the target only twice during his spell at Arsenal. Ceballos made a lot of defensive contributions last season and was handy in the midfield. 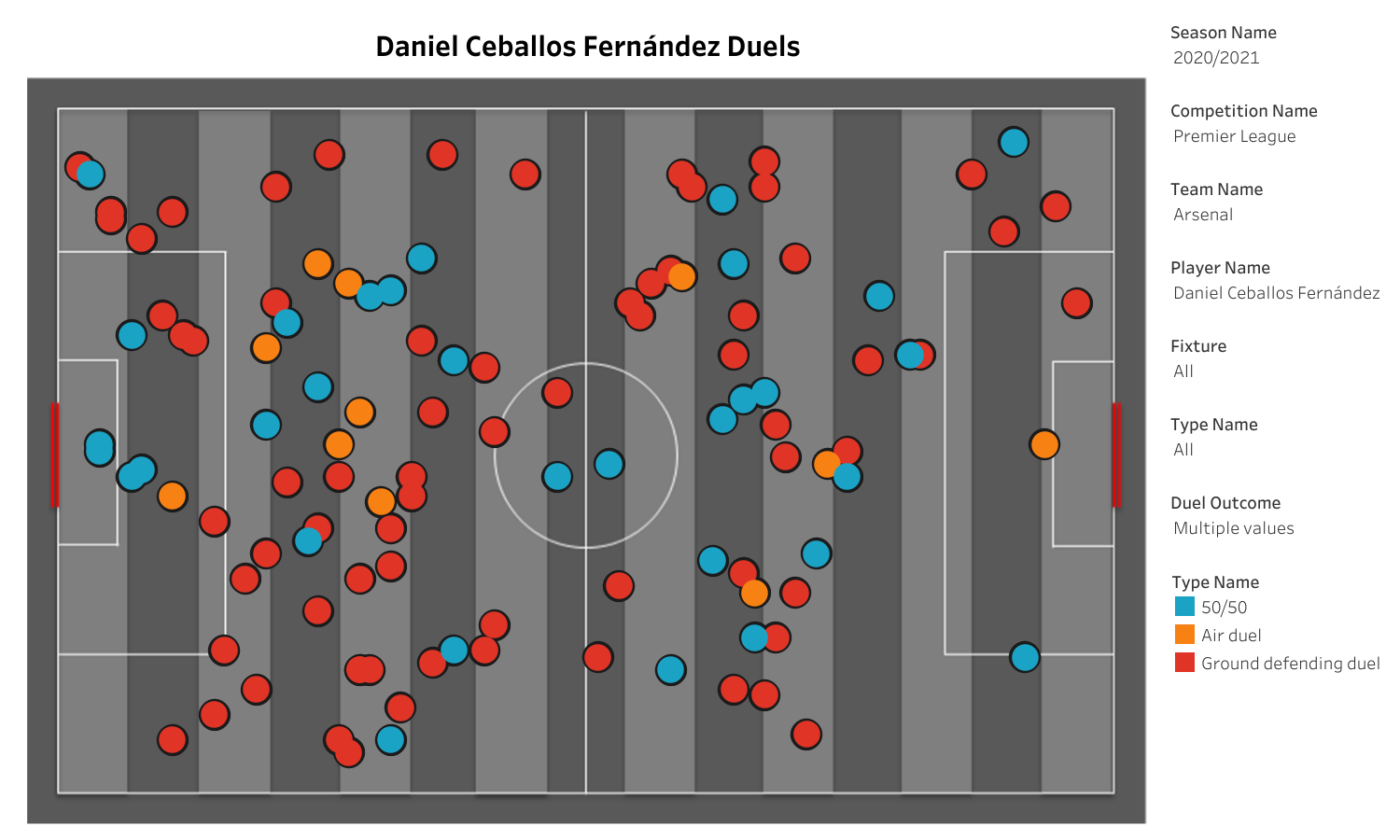 The above viz shows all the duels that were won by the player or ended in a neutral result. Dani Ceballos has won a lot of defensive duels, followed by loose ball duels and aerial duels. He has covered almost every area of the pitch and has won a lot of duels inside both halves. Ceballos was an asset for the Gunners and was used to break up play in between. 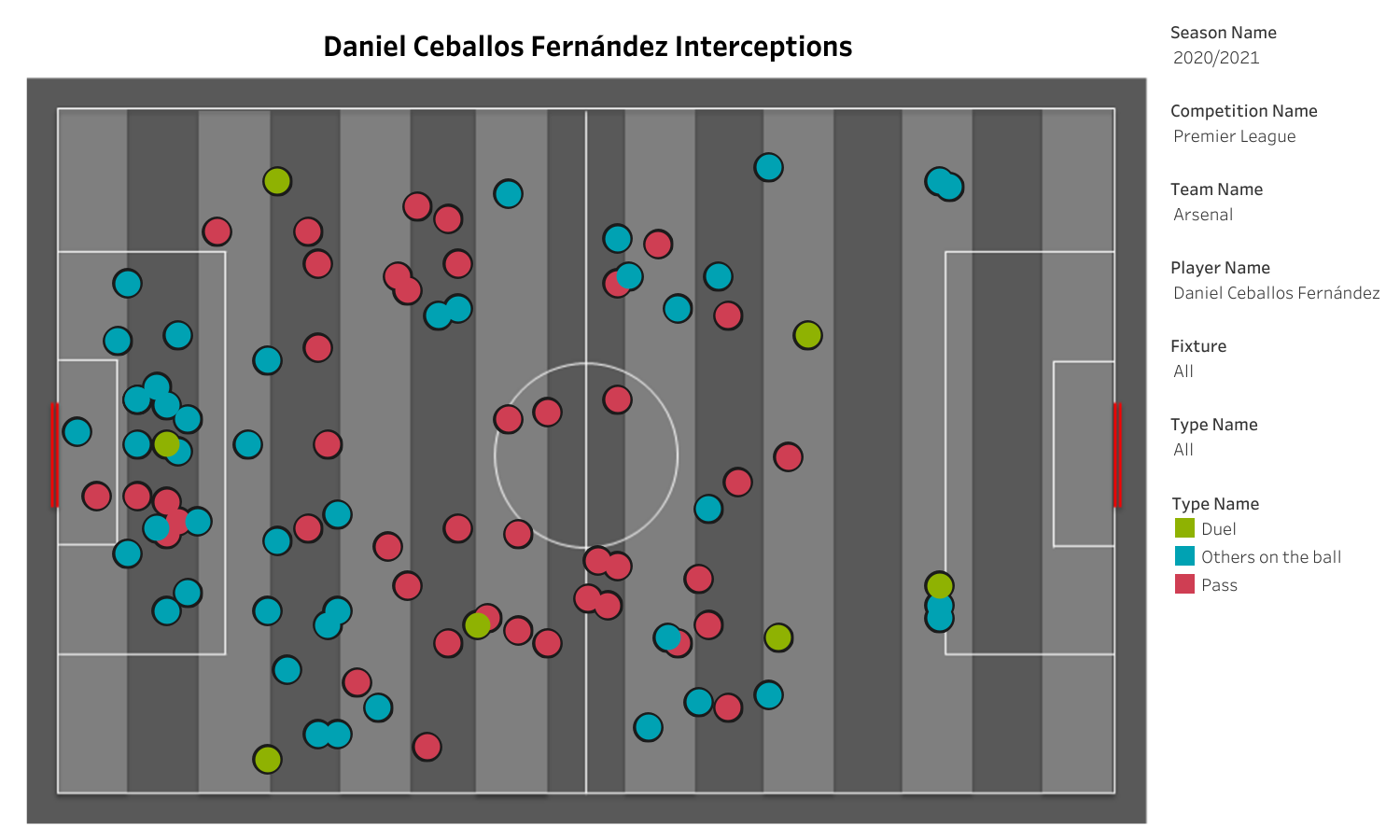 Luka Jovic has also struggled for game-time at Real Madrid. The Serbian has only made 13 appearances in the league and three in the UEFA Champions League. He has scored one goal in the league and has provided two assists. Jovic has struggled to cement his place in the starting XI. Karim Benzema is preferred to lead the attack, and the Frenchman has been in tremendous form this season. 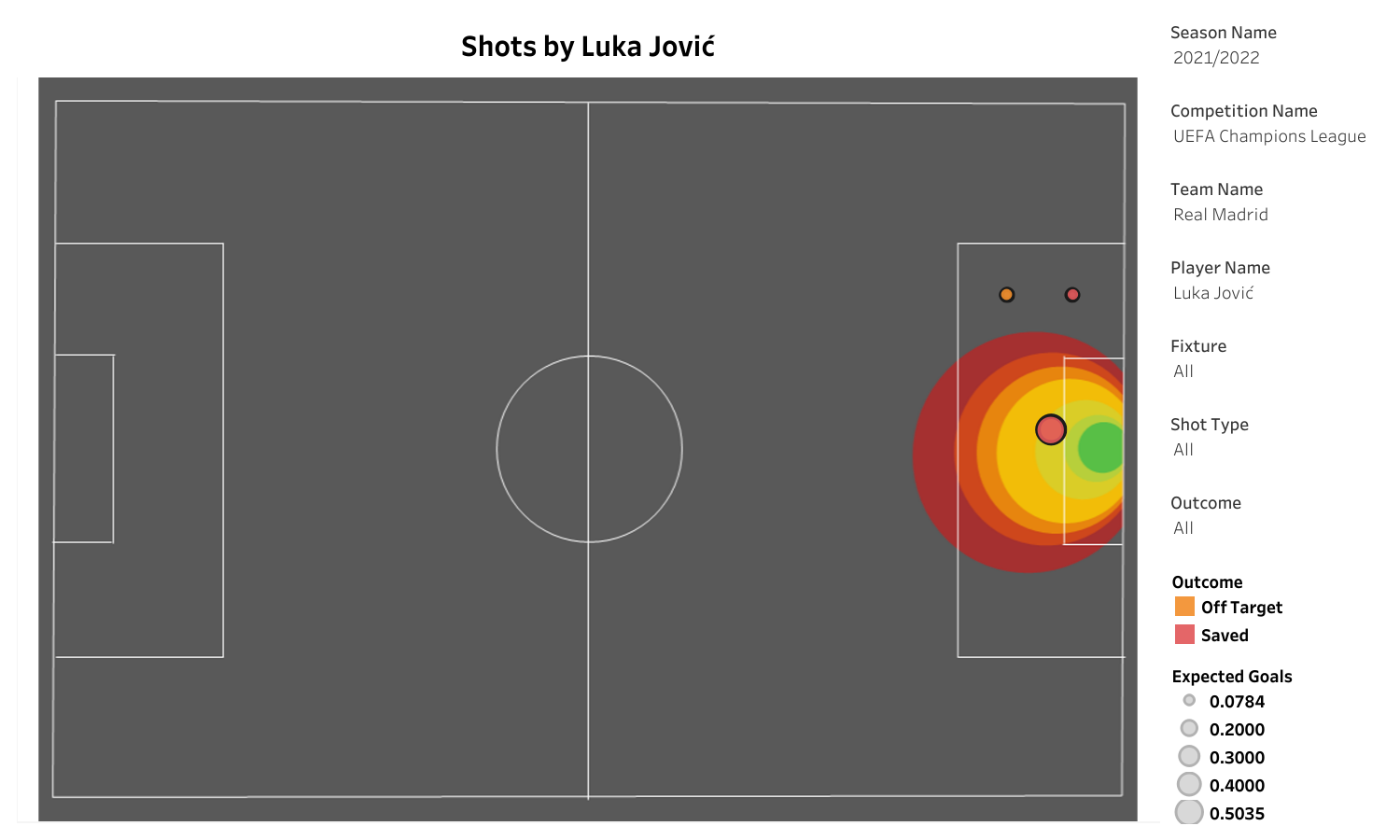 The 24-year-old Serbian international has made three appearances in the UEFA Champions League this season. He started in one match and came off the bench in the other two. The above shot map shows all three shots attempted by the player in this season’s competition. He has managed to hit the target once and has an xG rate of 0.63. Other than this, the former Eintracht Frankfurt striker has taken eight touches inside the opposition’s penalty box and has also made three recoveries inside the opposition’s half.

Both players would be looking for a move away from the Spanish capital to kickstart their careers once again. Inter Milan will face challenges from other European teams for the signing of these two players. These players can add new energy to Inter’s attack and help them achieve glory next season.