Chelsea player, Armando Broja, could be set for a permanent move away from the Bridge. The striker impressed everyone during his loan season at Southampton in the English Premier League. He has gained the interest of several Premier League clubs and European clubs, like Inter Milan. The Italian side is looking to strengthen their attack by bringing in new faces who could lead their charge. The Nerazzurri lost the Scudetto title on the final day of the competition. Chelsea are ready to sell the striker and are demanding €30 million for the 20-year-old Albanian striker. Here are some of the stats that will show why a lot of teams are after the player.

Armando Broja made 32 appearances for the Saints in the English Premier League, and nine were made off the bench. He managed to score six goals for his team and was the third-best scorer. Southampton play with two strikers at the top, and this is similar to Inter Milan’s preferred formation. 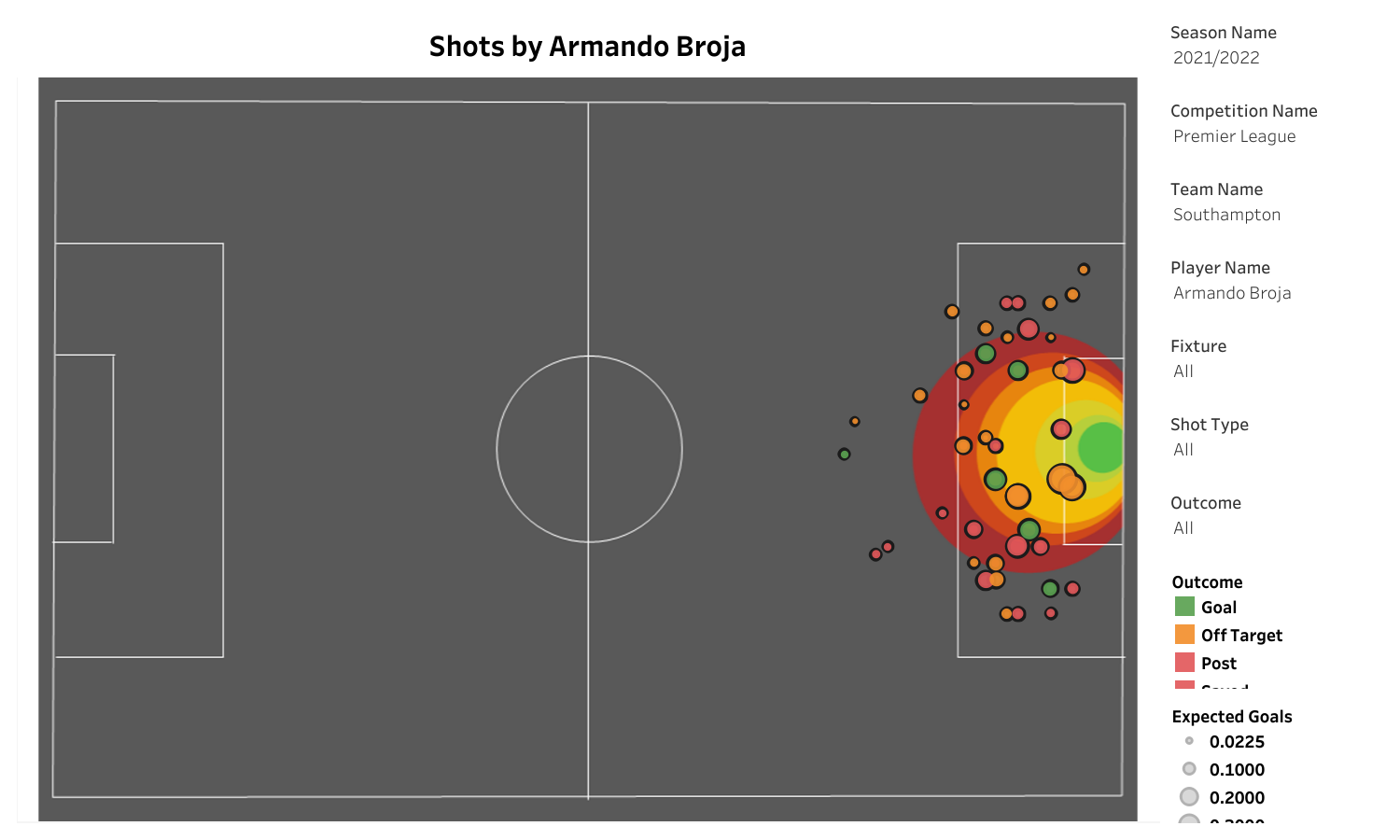 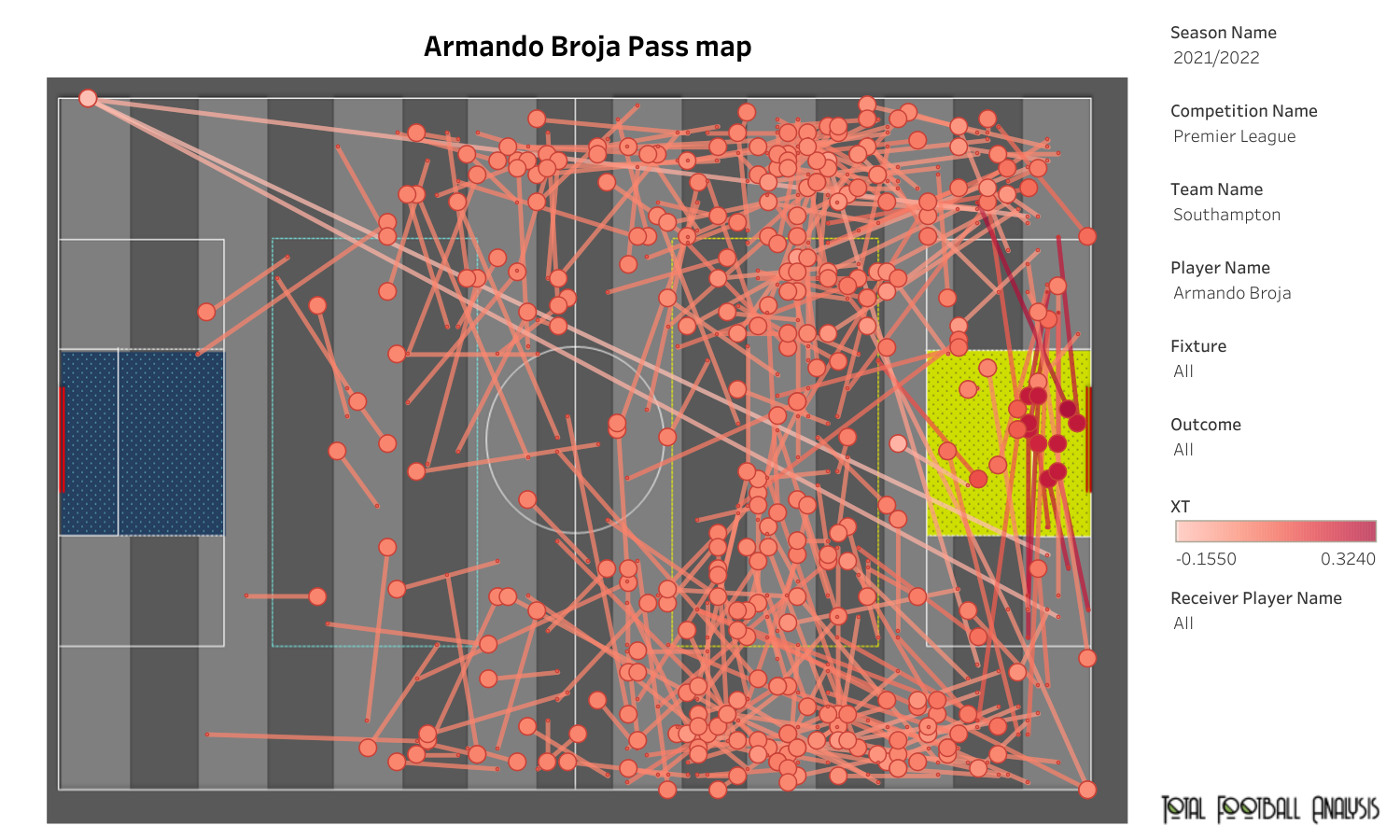 The Albanian striker failed to provide an assist throughout the season, but he always created threats with his passing on the pitch. The above viz shows all the passes attempted by the striker this season. He managed to deliver some passes inside the opposition’s 6-yard box but failed to find a teammate inside it. However, it can be noticed that the ball has landed inside dangerous areas and only requires a touch to find the back of the net. Broja has featured on both sides of the pitch and likes to go wide to get involved in the play. 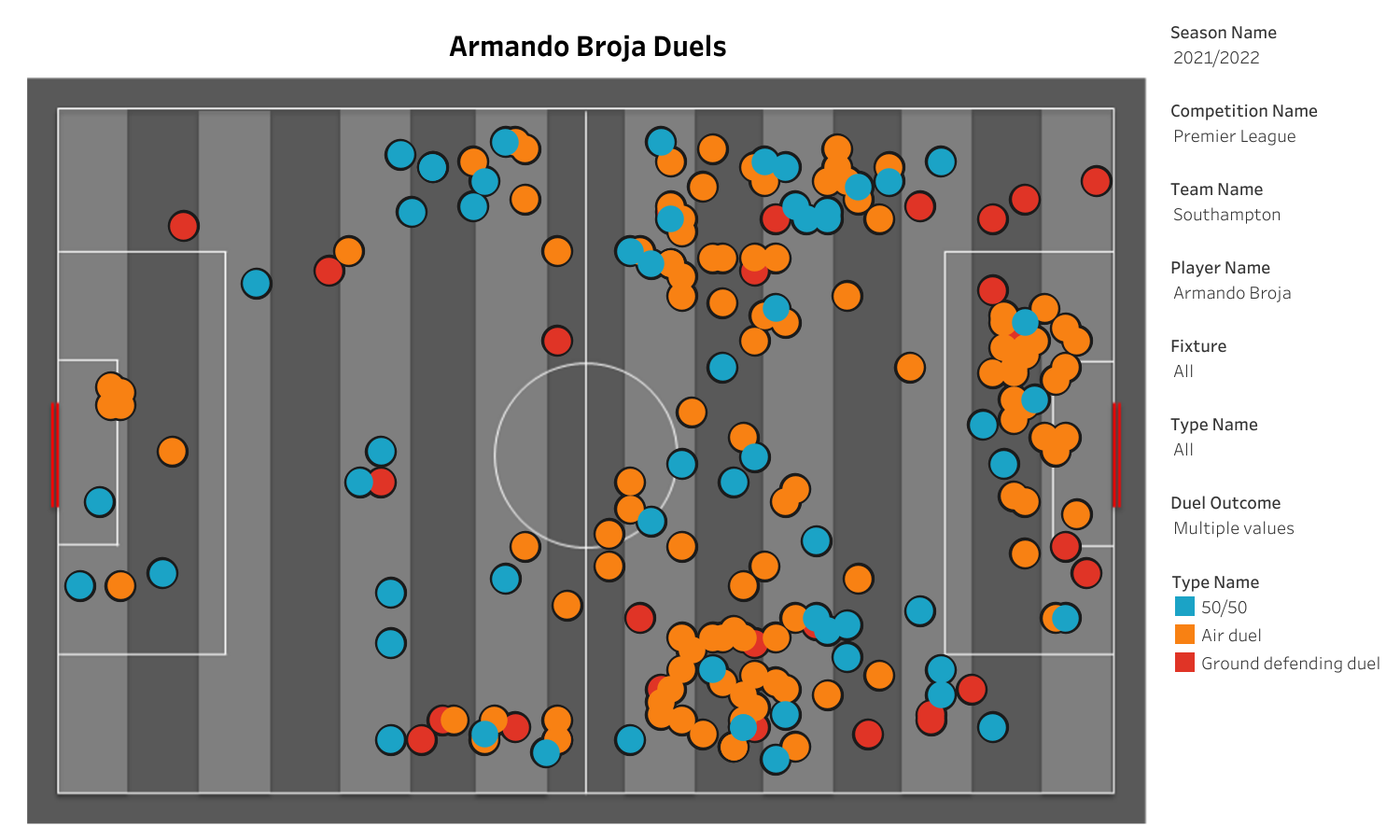 Armando Broja is not shy of making tackles and contesting duels. The above viz shows all the duels that were won by the player or the duels that ended in a neutral result. He is a tall striker and possesses an aerial threat inside the opposition’s penalty box. From the above viz, we can notice that most of the duels won by him have been aerial duels, followed by loose ball duels. Inter Milan players are also a threat in the air, and Broja’s aerial ability could help them score more goals.

The youngster is set on a move away from Chelsea. He would be looking for game-time like he got at Southampton and contribute more to his new club. The youngster has impressed everyone and has a low price tag. Inter Milan will face competition from other clubs to acquire his services.