Manchester United’s outcast Anthony Martial completed a loan move to Spanish side Sevilla in the January transfer window. The 26-year-old struggled for game time and hence switched sides. He has given some impressive performances in his short spell in Spain and is on the radar of some of the top European clubs. Inter Milan is one of the clubs that are monitoring the forward. Martial was considered one of the biggest talents and was the 2015 Golden Boy winner, but he failed to make his mark on the big stage. A move to Inter Milan could bring a new shape to his career, and he could provide a new edge to Inter’s attack with his pace and skills. 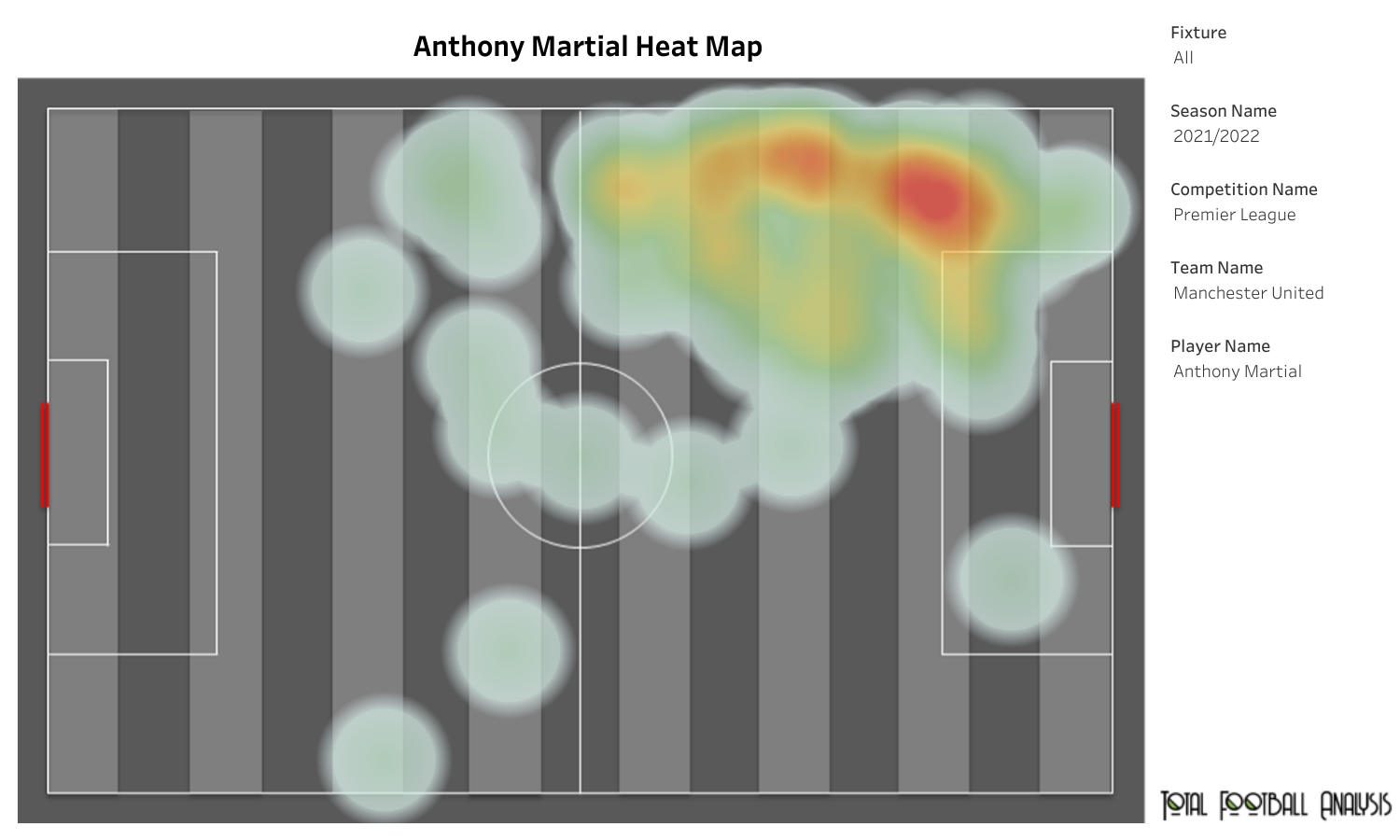 Anthony Martial made only eight appearances out of a possible 22 in the English Premier League this season. These eight appearances included six coming off the bench. He scored a goal against Everton in one of the two matches he started in. The above heat map shows how the forward featured from the left side this season. He has taken 13 touches inside the opposition’s penalty box. Last season, he was the main striker for the Red Devils and featured towards the centre. This season, he has attempted five shots with a 60% shot accuracy rate. Of these five shots, four were attempted from inside the opposition’s penalty box. 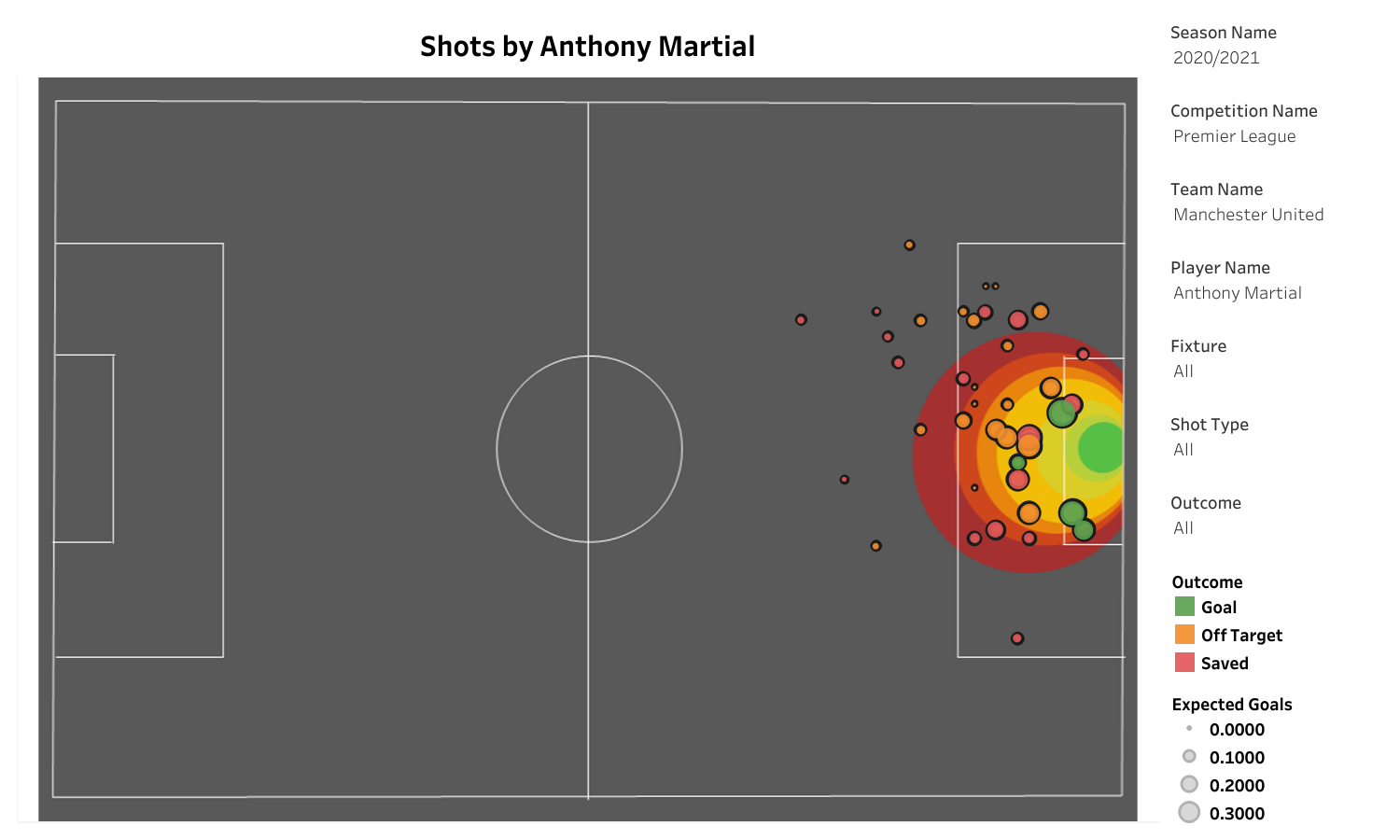 Last season, the forward appeared in 22 league matches for the Red Devils. He scored four goals and provided three assists in the league. The above shot map shows all the 39 shots attempted by Martial last season. He managed to hit the target on 19 occasions. Of these 39 shots, five were attempted from inside the opposition’s 6-yard box, and three were converted into goals. The overall xG rate of the forward was 6.68.

Other than this, the Frenchman was also effective with his passing. He provided three assists, including two in the same match against Leeds United. The player took 83 touches inside the opposition’s penalty box last season.

Since his move to Sevilla, Martial has made four appearances in the LaLiga and three in the UEFA Europa League. He has provided an assist in the league and scored one goal in the European competition. Inter Milan players Lautaro Martinez and Ivan Perisic could be on the move away from San Siro. The Italian club is looking for possible candidates who could be brought into the team as replacements for these two or as additions to strengthen their squad. Anthony Martial could be a good signing for Inter, and the player has plenty of experience at the top level. This move could also become a turning point for the Frenchman.