Inter Milan’s right-back, Denzel Dumfries is one of the most wanted full-backs in the summer. Chelsea, Manchester United, and German powerhouse, Bayern Munich, are all interested in him. The 26-year-old Dutch defender completed a move to Inter Milan in the summer of last season. He was a regular in the side and gave some excellent attacking displays that caught the eye of the other clubs. Inter Milan have Matteo Darmian in their team, but the player is used as a backup option. The Italian side might have to replace Dumfries if he leaves the club. They have targeted two players who could replace him. Atalanta’s Davide Zappacosta is one of the players, and the other one is Real Madrid’s Alvaro Odriozola. Zappacosta has played in big leagues like the English Premier League and Serie A and has also represented his side in the UEFA Champions League. Odriozola, on the other hand, has failed to cement his place in Real Madrid’s team and has spent two seasons away from the club since joining in 2018. He won the UEFA Champions League with Bayern Munich in his loan spell. Last season, both players represented Serie A sides, and let us have a look at who is the most suitable candidate to replace Dumfries. 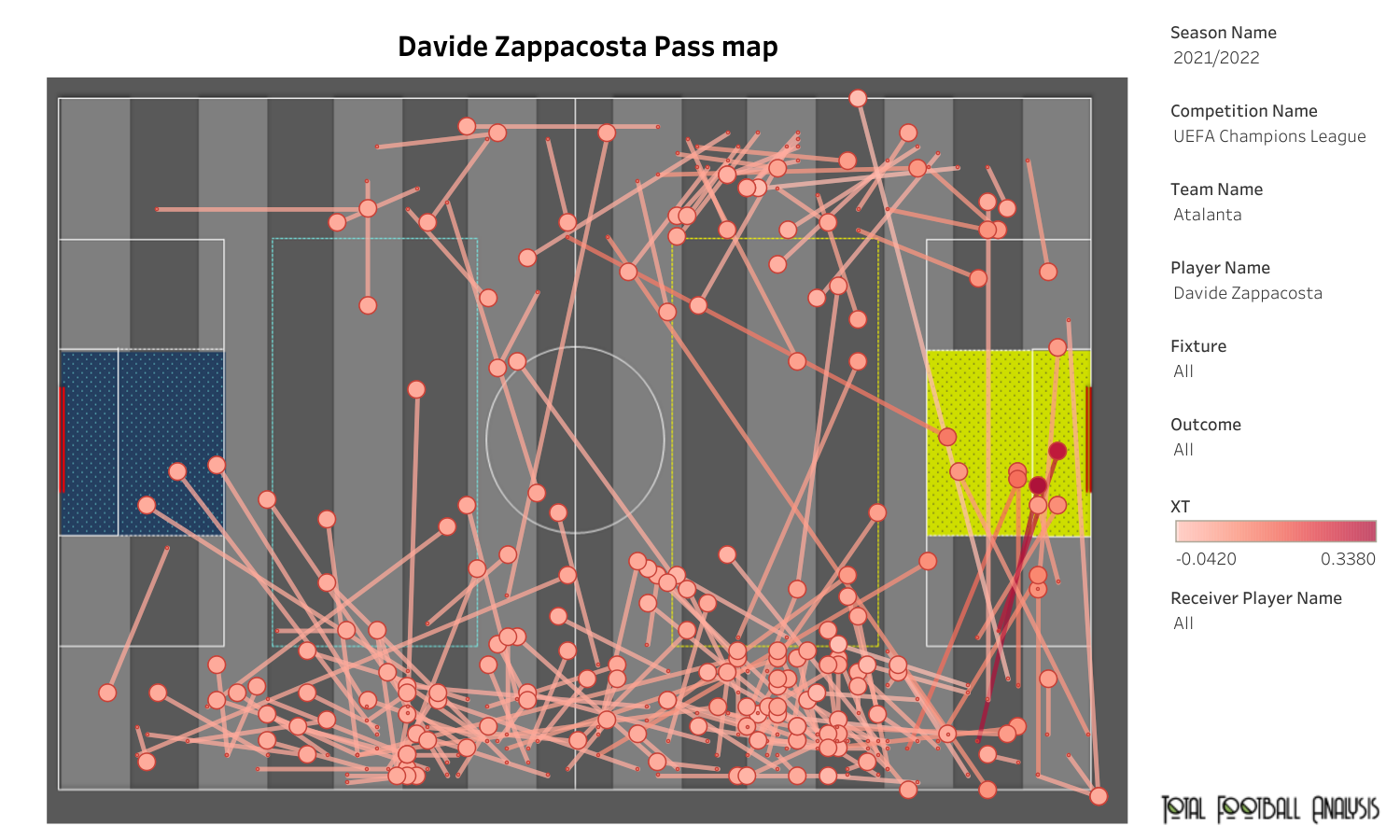 Zappacosta made 45 appearances for Atalanta last season. He scored two goals and provided seven assists. The right-back was also a part of Atalanta’s UEFA Champions League campaign, where he made six appearances and provided an assist. The above viz shows all the passes that were attempted by the 30-year-old. Zappacosta has shown versatility in the past, and last season, he also played in the left-back role. The player averaged 39.1 passes per 90 minutes with an accuracy rate of 83.16%. He attempted more than three crosses per 90 minutes. Some of the crosses attempted by the player have landed inside the opposition’s 6-yard box. 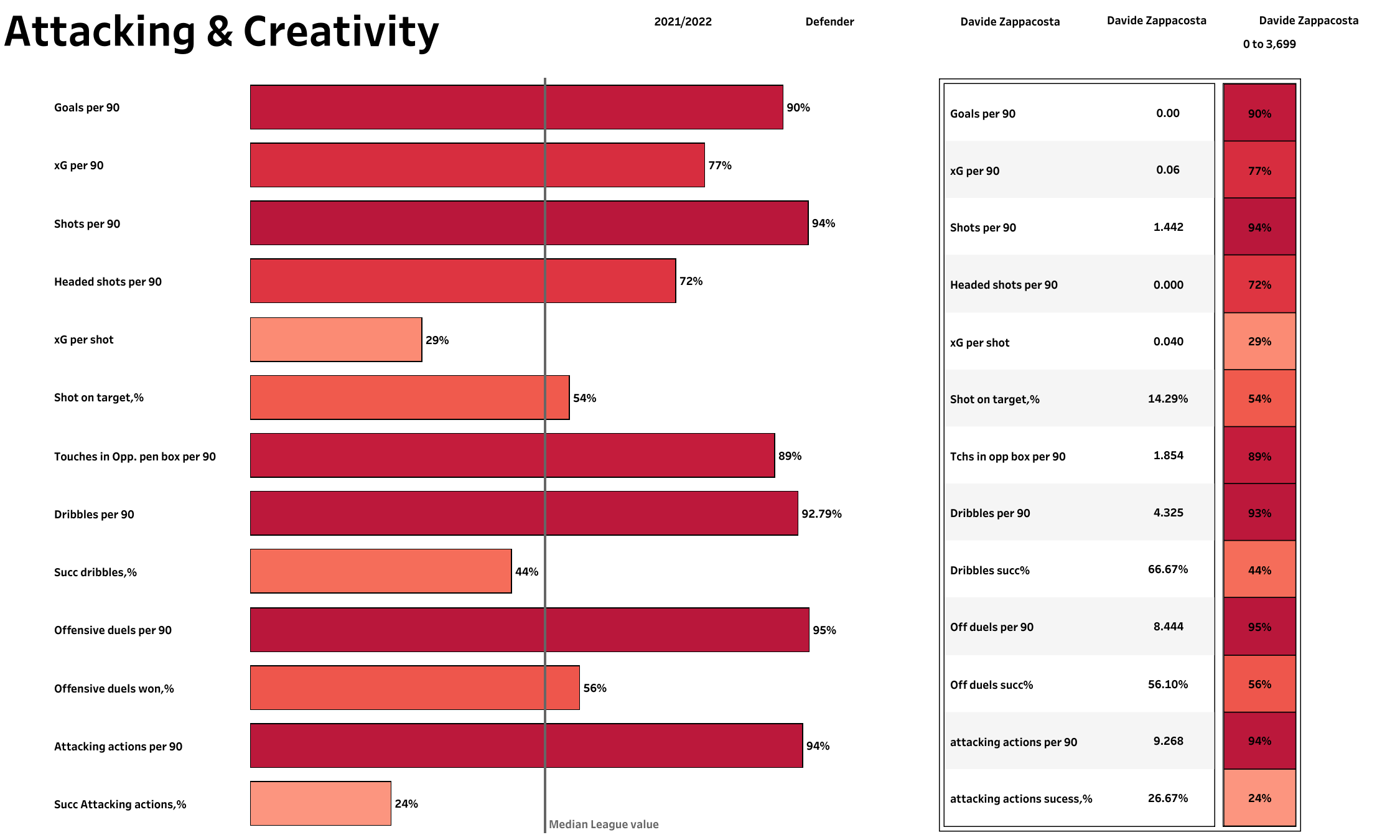 One of the most impressive things about Zappacosta in the UEFA Champions League was his attacking stats. When looking at the above chart, the general rule is that the longer the bar, the better the performance — you can see the league average in the middle, and the % is the percentile rank the player is in. The full-back was involved in more than nine attacking actions per 90 minutes but had a low success rate. He also attempted more than four dribbles and succeeded 66.67% of the time. He showed some great skills and caught the eye of the Serie A runners-up.

Odriozola played for Fiorentina last season. He made 27 appearances for the club and scored a goal along with an assist. In the 2020/21 season, he played for Real Madrid in 17 matches and scored two goals. The player was signed from Real Sociedad in 2018 and has spent two loan spells away from the club. Now, Real Madrid are also looking to offload the player, and Inter Milan have a great chance to sign him.

Both players have an attacking instinct. Inter Milan play with a three-man defence, and these players would have full permission to attack. Davide Zappacosta has more experience and has spent more minutes on the pitch than Odriozola. However, the Spaniard is 26 years old and can offer more years to the Italian club. Their transfer totally depends upon Denzel Dumfries.